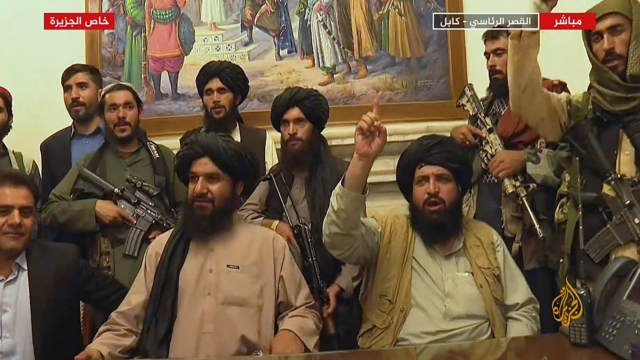 For days we’ve been witnessing the complete implosion of Kabul and the Taliban’s regaining control of the city. It is heartbreaking to watch especially with the anniversary of 911 approaching. These events are having a ripple effect across American politics and global Islamic terrorism.

Could we be seeing the slow march towards the end of the Biden presidency? I think it’s possible. Someone has apparently instructed the media to dump on him. Hence Jake Tapper’s comments recently:

“You’ve been listening to President Biden speaking at the White House — forced to talk about the worsening crisis in Afghanistan. Forced to speak to the nation after the calamity of the Taliban, the takeover of Afghanistan. The President stated that he stands squarely behind the decision he made to withdraw all U.S. forces from Afghanistan even though he has, in fact, been forced to send roughly 6,000 back in. The President saying in fact that, if anything, the events of the last few days — this foreign policy and humanitarian disaster — proves to him that he made the right decision, given the fleeing of Afghan politicians from the country and the collapse of the Afghan military.

The president said that the buck stopped with him but, in fact, this speech was full of finger-pointing and blame, especially for the Afghans. He did not really get into or accept any blame for the catastrophic exit that we have been watching on television for the last several days.”

Whoa! You combine this with the removal of Cuomo from office over sexual offenses (you don’t really think he did that on his own do you?) and suddenly Biden appears to be on thin ice. Of course many of us figured this would come at some point. Biden has always been the most easily manipulable president in modern times. (Remember the early signing ceremony where he questioned what he was signing and told to just do it?).

I believe once his usefulness is done he’ll be cast aside. Is that moment fast approaching? Well, he’s wrecked the economy, opened the borders, let Afghanistan fall and is in the process of segregating people on the basis of a mask and vaccines. I’d say that is “Mission Accomplished” for the radical left. Plus you’ve got the midterm elections coming up next year and right now it looks really bad for Democrats. Do you really want Joe Biden out on the ol’ trail next year? Or give the Republicans such an easy target. Assuming of course they’d take it which is by no means certain. I’m no fan of Ann Coulter but she did have a great quip recently: “The Democrats should lose next year but they do have a secret weapon: The Republican Party.”

The problem is that his successor would be even worse. Kamala Harris is just as clueless as Biden but without the excuse of old age and possible dementia. And she’s extremely unpopular even in her own party. Bill O’Reilly correctly identified her as the ultimate opportunist who will say whatever she has to in order to get elected. (And if that doesn’t work just find enough mail in votes to put her over the top!).

So yes, I believe they are laying the groundwork for replacing him. They have a few things they could impeach him on. And all those impeachment proceedings against Trump could have been a trial run so they can do the same to Biden. Ditto with Cuomo. And none of it will be Republication initiated. It’ll come from the left. But I am confident they will try and blame it all on Trump. They always do. So the next few weeks and months will be interesting to watch.

Now, there’s another aspect of this I want to discuss. We’ve been told for decades now how Islam is a “religion of peace”. If that’s true, then why are we seeing thousands upon thousands of people in Afghanistan trying to flee? Why wouldn’t they want peace? It’s because they know what it was like under the heavy hand of Taliban rule and they want no part of it. Of course the media completely ignores this connection. 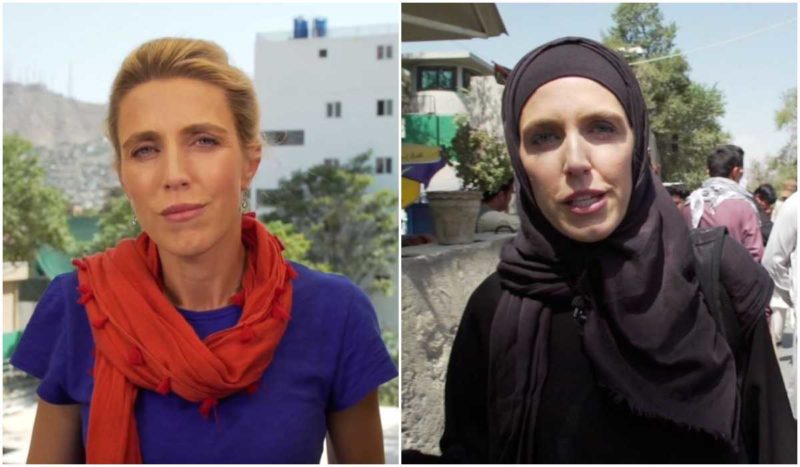 The ideology of Islam is particularly brutal to women. They have no rights and even if raped they are the ones who are punished. I watched with amazement a segment on CNN’s New Day where Clarissa Ward (now wearing traditional Muslim clothes) reported from Kabul and talked with Brianna Keilar. Here are some of the low-lights:

Ward: “Some carry American weapons. They tell us they are here to maintain law and order.”

Of course they are! It’s just like Mayberry. Just wait though until Biden finds out they have guns; I’m sure he’ll be confiscating them.

Ward: “They just told me to stand to the side because I’m a woman.”

(Somewhere Helen Reddy is having a fit–that ain’t no way to treat a lady!)

Keilar: “I was trying to have some women who are holed up there in Afghanistan on the show today, trying to book them on the show through an Afghan-American cousin who is here in the United States, but they’re just too terrified. They’re too terrified to come on, even with the promise of obscuring their voices and their identities. And right now they’re holed up in their house. The Taliban is walking outside of their house, and they worry it’s just a matter of time until someone knocks on the door.”

Gee I wonder why? Could it be that bad men are just waiting to do bad things to the women?

Ward: “How desperate, how petrified does an individual have to be to risk everything, to crush yourself onto the outside of an airplane…They are risking death because they are certain they are going to face it there in Kabul.”

Keilar: “As you mentioned Clarissa, your dress code has clearly changed here in the last days since the Taliban took over Kabul. Is it safe there? Is it less safe for you?”

(No, it’s perfectly safe–that’s why Clarissa has changed her wardrobe, covering herself head to foot… Where do they find these people? My goodness it’s infuriating to know folks asking dumb questions like this are getting paid a lot of money.)

Ward: “But it’s people that aren’t on the streets today that in some way are the real story. The people who are hiding in their homes, who are petrified to go out, who worry about being targeted, who fear for their lives.”

But of course not Clarissa Ward. She’s so brave she put on Muslim hijab and dutifully stood to the side when told to do so. You think CNN will ever get the picture that maybe Islam isn’t as benign as they’ve lead everyone to believe? But of course you notice they never identify the religion of the Taliban. And by the way, is “petrified” the word of the day here?

But this is my favorite quote from Clarissa Ward: “They’re just chanting ‘death to America’, but they seem friendly at the same time. It’s utterly bizarre.”

So my question is this: Where are all the self-proclaimed feminists who like to scream loudly over any action perceived to be harmful to women (whether real or imagined). Where is Cher or Alyssa Milano criticizing and calling out the Taliban? Where is the #Metoo movement? I’ll tell you where they are. They are no where. You won’t hear a peep from them unless or until someone can find a way to tie all this to Trump. Or Bush. And truth be told they don’t really have an issue with the terrorists as long as it doesn’t affect them. Why anyone would still listen to these people is beyond me.

Lastly, we’re just a few weeks away from the 20th anniversary of 9/11. It’s so sad to see that the gains we made in Afghanistan were wiped out in such a short time. It makes you wonder just what kind of training we were doing if the Afghan forces were routed that easily (it also makes you wonder if something else is going on). I fear that we will now re-enter an age of terrorism. Thanks to the efforts of Trump to wipe out ISIS, we’ve had a relative calm the last few years. Sadly it’s allowed us to promote ridiculous concepts like eliminating gender, divide people over a serious pandemic, promote an insurrection hoax and weaken our defenses. But that calm was shattered in the last week. The terrorists are back and they don’t give a flip what gender you identify with or whether you’ve gotten the vaccine. They are the ultimate cancel culture, eliminating anything in their path (the left is not immune to this threat like they think they are). Hope everyone enjoyed the vacation.

Humberto Fontova: What the Democrat-Media Complex Isn't Telling You About Cuba