In February, Biden signed an executive order which included one of the most blatant efforts to roll out a voter turnout operation across the span of the entire federal government. 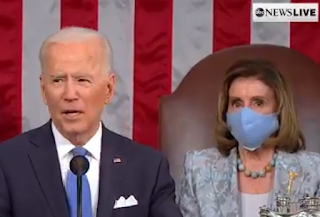 This month, the Interagency Strategy for Promoting Naturalization was released. The Obama administration had its own project for turning aliens into citizens as quickly as possible in order to get them on the voting rolls, but the new strategy goes beyond anything Obama tried to do.

The new strategy begins with using DHS to assemble all the available data on the “potential naturalization-eligible populations” and breaking it down by age, sex, and zip code, as well as other demographic details, to target “outreach”.

By “outreach”, the working group of agencies headed by Biden appointees means converting aliens into citizens.

That data will allow the government and a spectrum of “partners”, most of them Democrat allies, to target resident aliens the way a corporation targets potential customers of its products.

Except that the data is coming from the government and the product is voting for Democrats.

While citizenship is in theory non-partisan, the strategy makes it clear that it’s targeting potential Democrat voting blocs such as refugees, asylum seekers, and agricultural workers, not to mention “underserved and marginalized communities” through “community-based organizations”. What that means is that the federal government is going to be pumping even more money into Democrat community groups to encourage them to turn resident aliens into citizens for a massive voter turnout operation funded by taxpayers.

The federal government won’t just be financing a Democrat turnout operation, it’s mobilizing all of its resources to provide the data and the logistics across a variety of federal agencies.

But the money potentially won’t just be coming from the government.

One of the more curious items mentions exploring “the feasibility of accepting private donations to support the USCIS Citizenship and Integration Grant Program”. If Congress won’t allocate enough money, Facebook CEO Mark Zuckerberg and other Democrat mega-donors might.

The resulting “public-private partnership” would combine Democrat mega-donor cash with federal government resources for a voter turnout operation that would put the government even more firmly under the control of the Democrat donor class in order to rig the next elections.

The new strategy begins with turning refugees into resident aliens and turning aliens into citizens by utilizing the resources of the immigration system. That’s not dramatically new, but the goal of the new strategy is to have every component of the government push citizenship.

The strategy doesn’t just run the expected informational campaigns through the post office or museums, but it also uses parts of the government that the aliens are expected to interact more closely and meaningfully with, like HUD, SSA, and the Department of Labor, to function as citizenship offices. Some federal agencies are barely doing their actual jobs, but will now also be tasked with finding new voters to help the Democrats survive a backlash from existing voters.

But the strategy doesn’t stop there. Instead the Biden administration is going to encourage Mexico and other countries to promote the benefits of American citizenship to their own citizens.

The strategy proposes to engage in “outreach to foreign embassies and consular networks that may be interested in providing information and resources on citizenship”.

Why would foreign consulates be interested in selling American citizenship to their citizens?

Biden intends to “partner” with foreign governments to encourage their citizens to get citizenship in this country and reap all the benefits that would entail because it means more money taken from taxpayers and sent overseas, and it means more votes for the Democrats.

It’s a win-win for socialists on both sides of the border, and a huge loss for American taxpayers.

The strategy also seeks to use foreign consulates and embassies to “clarify” to their “nationals” the “impact of dual citizenship”.

A foreigner living in the United States who visits his own consulate will have material promoting American citizenship handed to him while being assured that he can remain a dual citizen.

The next step of the campaign will push citizenship through local governments, community colleges, and labor unions by providing them with “anonymized data about potential clusters of naturalization candidates”. The Biden administration will be providing targeted data for what is a thinly disguised voter outreach operation to its political partners.

This is the next best thing to handing over the data to the DNC.

Not satisfied with turning Border Patrol agents into ‘coyotes’ delivering illegal aliens deep into America, it will also have them hand out “information on naturalization” to resident aliens.

Refugees and other migrants, especially those with “limited English proficiency, medical conditions, and disabilities” will get a special push to speed them “on their path toward naturalization” especially “those at risk of losing SSI income and other federal benefits”.

This means telling aliens who have a 7-year window for SSI payments that they’ll be able to stay on the welfare gravy train if they become citizens. Future Democrat voters are being bribed with taxpayer money to become citizens and vote for more benefits for themselves.

And then just to make it obvious that this is a partisan stunt, the strategy calls for videos from “senior administration officials”, proposing that “Dr. Biden, who continues to work as an English and writing instructor, could encourage immigrants to learn English” and that “as a daughter of immigrants, Vice President Harris could highlight her family’s immigration journey”.

Jill Biden would be better served learning the language she claims to teach, but is marginally literate in, to say nothing of her husband’s tsunami of malapropisms, and Kamala’s father was a foreign student and official, not an immigrant, but facts only get in the way of the agenda.

Meanwhile the Biden administration’s voter turnout machine proposes to promote the benefits of American citizenship through Mexican consulates, provide targeted information about the aliens that need to be turned into citizens to labor unions, and open the door to private funding of its governmental voter turnout operations. HHS, the USDA, and the military are meant to function as components of a partisan effort to find and convert as many Democrat voters as possible.

The Democrats are facing a challenging electoral map in 2022 and 2024, and they’re plotting to use the entire structure of the government to overcome those challenges by creating new voters. Even as Biden opens the borders as wide as he can, the new government voter turnout machine will try to turn illegal aliens into residents and then into citizens, while turning the people who were once Americans into displaced and powerless refugees in their own land.

Anni Cyrus: Does US Muslim Judge Really Know "Nothing" About Sharia?