“Any religious idea, any idea of any god at all, any flirtation even with a god, is the most inexpressible foulness,” Vladimir Lenin 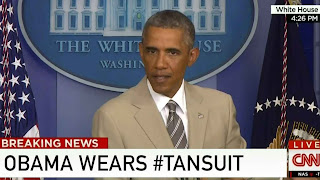 The rise of political craziness is intertwined with the decline of religion. The political cults aren’t necessarily attracting atheists or agnostics, though there are plenty of both, rather they’re drawing on the growing number of people who may be formally religious, but who aren’t finding inspiration in faith.

What do you do when G-d, the Bible, and the struggle within don’t move you? You find what does.

The rise of Marxism, Socialism, and Communism drew on the decline of religion among European Christians and Jews. The Nazis and their European counterparts were pagan atheists who distilled the essential appeal of socialism and marketed it to a more outwardly religious middle-class crowd.

American radicalism is religion for the irreligious. The Communists and Nazis had borrowed what they thought were the innate emotional and historical appeals of Judeo-Christian religion without the divinity or any of the substance. They succeeded at creating cults of personality that played into a historical drama that vowed to transform the world at the cost of struggle, sacrifice, and the submission of the individual.

Our own age of political cults is doing the same thing.

The American age of political cults didn’t begin yesterday. While Europe was shattering under the pressures of economic depression, future shock, and a world that seemed both too small and too big, the same story was playing out on these shores. The FDR era and the New Deal gave Americans their own smaller Fuhrer and taste of socialism, but we lacked the European appetite for destruction whetted by the innate sense that history was coming to a close and required one last Gotterdammerung at the end.

Now the appetite for an American Gotterdammerung is here. For the first time the majority of Americans don’t believe that things will get any better. Religion is declining sharply and the political cults offer a cataclysmically redemptive purpose with visions of rising oceans, growing poverty, inescapable racism, and a catastrophic way out that requires not faith, but action.

There’s no way to understand the rise of political cults without touching the despair that feeds them.

No one abandons their values and beliefs, or turns to evil and hate, without a root cause of despair. In the face of a deep despair, anything that offers hope starts to seem like a light at the end of a tunnel.

Or hope and change.

“In the long run, National Socialism and religion will no longer be able to exist together,” Adolf Hitler

America’s religious and cultural immune system had done a reasonably good job of staving off political messianism until the latter half of the twentieth century. Then as now the impetus for the madness came from the combination of rapid change, threatened destruction, and a sense of decline.

You can only tell young people so often that the end is near and not expect them to go a little crazy.

It helps when the agents of destruction appear to come from some force of science, whether it’s class warfare, nuclear war, or global warming that appears to be outside the realm of religion.

Never mind the fact that none of the secular prophecies of an apocalyptic class war, nuclear war, or the oncoming ice age had come to pass. The political cults draw authority from scientism without being scientific. But in a modern age, they appear to be more relevant than religion to those who live exterior lives in a world manifestly made of steel and glass, rather than soul and spirit. When experts tell you that wine is bad for you, or that lockdowns are good for you, or that the world is ending, you believe.

You believe without any actual faith or inspiration. Instead, you find those elsewhere. The cults.

Political cults don’t return to religion, rather they find hidden meanings, pseudoscientific or pagan, in the secular world. They make a religion of politics and they find their theology and scripture in daily events, in pop culture references, in sociology, and class, gender, and race. What appears perverse and senseless to you can seem miraculous to them. Men and women changing genders. Political messiahs who promise to change the world. Secret conspiracies and revelations only they are privy to.

The miracles of a political cult lie in a potent sense of conviction, in its rise to power, and in the secret knowledge of a hidden world beneath the apparent surface of the steel and glass reality around us.

Politics is about power and every political cult worships power.

Power is the deity of the political cult. Its messianic age comes with the seizure of power. Is theology is the right side of history. Its scripture is rhetoric. And its hope is shadowed by hate. To desire power is to really desire power over others. The despair at the root of political cults is fed by murderous violence that eventually sickens even its perpetrators, destroys their souls, and leeches away their energies.

“What do we have, a republic or a monarchy?” A republic, if you can keep it,” Benjamin Franklin

America’s immunity to political cults began with its founding. The Declaration of Independence and the Constitution were revolutionary documents, but their promise lay in liberty, not in political messianism.  They were not offering a new age of power, but the freedom for Americans to live their own lives.

Americans were not looking to change the world or even themselves, but to be left alone within their own communities, their states, their churches and synagogues, their families and their homes.

The Revolution did not usher in a new cultural revolution or even a new political revolution. Rather it protected, expanded, and defended what had already been built using principles that aligned with the sentiments and values of most Americans.

Political cults turn politics into the end whereas Americans insisted that politics was the means.

Politics turns to totalitarianism, to cults of personality, and to cults when it comes to believe that politics is the end, that it is everything we need, rather than that it is the means to allow us to live our lives.

Politics is not redemptive. It does not save us. It saves us only from tyranny and other threats.

To the political cult, politics is all that matters. Politics takes on an outsized dimension encompassing human history and overshadowing theology and religion. Only politics can save or destroy us, is the cult’s message. And in a world in which politics seems to be everywhere, it’s a compelling message.

Politics can be a weapon at its worst. At its best, it’s a management tool. It can be used to suppress or protect religion, but it’s not a religious experience.

Political cults invent political apocalypses, global warming, systemic racism, and class warfare, to be met with political redemptions, but they’ve shown no ability to meet even their own challenges, let alone save mankind.

Power can be vitally important. It’s crucial for survival in a crisis. But power rarely makes anyone a better person.

That is the big lie at the heart of the political cult which worships power and pretends that power is redemptive.

History tells us authoritatively that it’s not.

Power corrupts and political cults therefore worship corruption. Everything else follows plainly from that.