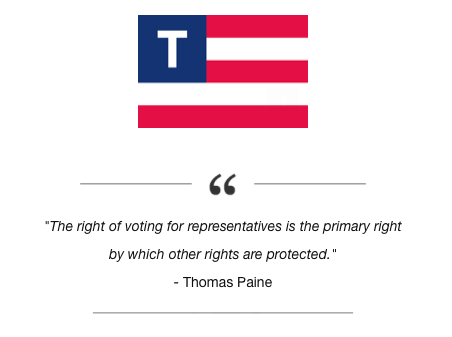 For over a decade, PolitiChicks has been telling you about Catherine Engelbrecht and her very important organization, True the Vote. Long before ‘election integrity’ was a household word, that is exactly what Catherine and True the Vote have been trying to enforce throughout the U.S. Because of this, she was targeted by the Obama administration IRS and much more–and yet she has never given up.

As soon as election discrepancies began surfacing during the 2020 elections, True the Vote was there, diligently working to ensure every American’s votes will be counted fairly and accurately.

The following is Catherine Engelbrecht’s recent press release. As always, our prayers are with her and True the Vote:

“For too many years, politicos have avoided tough conversations about election accuracy and security. The process is complicated; problems are both granular and epic. It was easier to cede the ground, so they did. But, from the founding of America to the founding of True the Vote, patriotic citizens have always known that our votes secure our freedom.

Now the issues of secure, accurate, fair, accountable election processes have taken center stage. The stories were leading news in November, and they are leading news this very weekend.

People intuitively know something is very wrong, but how to scope it, how to prove it. When you think you’re at the bottom, you realize it was a false floor. To the newly initiated, it is tough to separate the signal from the noise – and the noise is deafening.

Here’s where we are: True the Vote’s current projects have not been made public. It’s just how it has to be right now. Familiarity with the state-specific pitfalls of our nation’s uniquely insecure process served us well in our decision to focus investigative efforts on voter roll maintenance, web-based election services, and vote trafficking (aka harvesting … but that is far too kind a term).

There are tangible results from our effort. We keenly understand the imperative to publish our findings. That will happen without fail, but law enforcement needs time to do what they need to do. Over the coming weeks, you’ll get first-hand knowledge of what we’ve uncovered. You’ll have access to amazing new tools you will be able to use to fight future election subversion.

Despite coming against incredible obstacles, we have not slowed down; we’ve scaled up. We have a new Georgia office. We have an expanded team. We are resolute.

Just as we did in 2020, True the Vote in 2021 will lead the way in helping to secure that “primary right” of which Thomas Paine spoke, from which all of America’s promise and virtue is ensured.

Together, with your help, we will protect America’s promise. And bring truth back to the vote.