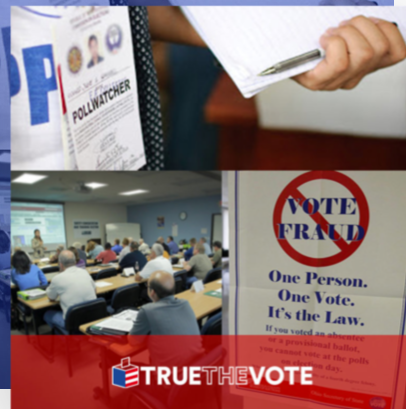 Audit season is upon us!
Coast to coast, states and counties are calling for audits from the 2020 November Election. Though the storylines are confusing, it’s important to stay aware of what’s happening. Core constructs of election integrity were all but abandoned in November. Now, America needs to understand what happened in 2020 to avoid repeated failures in 2022. Here’s a quick rundown of audits currently underway, with more to follow in the days ahead:

Arizona: Maricopa County
Arizona Senate Republicans’ hand recount of all 2.1 million Maricopa County election ballots should be done by the end of this week, then the paper evaluation will begin. This phase will involve a review of the ballot paper for irregular folds, non-standard paper types, machine inked votes, and other such irregularities. Additionally, examiners will begin reviewing signatures on mail-in ballot envelopes to ensure they were all signed. With these new processes yet to begin the audit is far from over. Results aren’t expected for at least another eight weeks, but as always, that could change quickly so stay tuned.

Georgia: Fulton County
This election irregularity hotspot is set to have a forensic audit of 148,000 absentee ballots from November. The first audit could be stated as the original hand count of all ballots. The next audit, which will be a forensic audit, will go further and include unsealing and scanning the ballots to inspect for any counterfeit or fraudulent ballots.

New Hampshire: Windham County
With the official report to be published in July, this short two-week audit inspected only 4 machines. Here, folds in the ballots made it impossible for the machine to read. This was ultimately corrected with a hand count and no further findings came from this particular audit.

Montana: Missoula County
The second-largest county in Montana started its audit on January 4, 2021. Here’s a quick stat to tell your friends: 4,592 out of 72,491 mail-in ballots lacked a corresponding envelope. That is 6.33% of the total ballots without an envelope that should not, by law, have been counted. More food for thought: 28 envelopes from one nursing home had the same style signature on their envelopes, 55 envelopes lacked postmark dates, and 53 envelopes never had their signatures checked. These unexplained irregularities led the Governor and Secretary of State to repeal the previous Governor’s Executive Order mandating mail-in ballots. “I think that it is easier to assure integrity when we do that,” Gov. Greg Gianforte stated. That is a step in the right direction!

Pennsylvania: Statewide
This Thursday, a deeply divided state House voted to approve a Republican-sponsored measure that sets up a near-immediate audit of the 2020 election. The house resolution directs the Legislative Budget and Finance Committee to oversee a “risk-limiting” audit of the election that may be done by an outside contractor. The audit is to involve data from every county.

On the horizon, look for possible audit news to come from Wayne County, Michigan, select municipalities in Wisconsin, and more.

This unprecedented wave of audits was set in monitor by the outcry of the American people. Never forget that.  There is no single lawyer, politician, power broker, or figurehead that will fix the problems that have come to light. They need the power of the people behind them. If we remain silent, so will they. That’s why it’s up to all of us, the people, to go out, get active, and make a difference. Be it with your local election board, legislators, election organizations, or doing your own deep dive into your state’s election code, there’s a place for you to serve. The passage of so many new election protection bills is a great example of what can be done when a groundswell of voters demand accountability.

In the voting booth as well as in election board meetings and the ranks of the volunteers, the future of the Republic, as Eisenhower wisely reminds us, is in the hands of the American voter. Elections have always been of the people and that is where the true restoration lies. Join us.