“If You’re Not Outraged, You’re Not Paying Attention” the bumper stickers on a thousand SUVs in the upscale bedroom communities of dysfunctional cities read. “Deutschland Erwache,” the National Socialists used to shout in the streets of Munich. Woke compresses it all to one word.

Wokeness means believing that politics is all there is to life. And nothing is whiter than that. 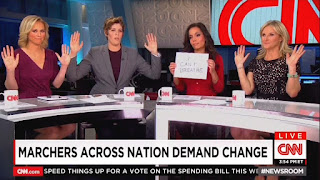 Those minorities who form the backbone of the activists and voting blocs of identity politics don’t care about politics. Identity politics is politics to white wokes and identitarianism to minorities. Critical race theory is only a theory to white people. To everyone else, it’s tribal hatred.

Political theories are abstractions. Tribal identity is very real. Wokeness is concerned with getting white people to buy into tribal identity as a political abstraction rather than a real force.

White wokes turned race into the abstraction that is whiteness. What is whiteness? It’s unconscious cultural habits and ways of thinking. The notion that race is a set of ideas rather than a tangible reality would be vocally denied by both white and black racial identitarians.

Whiteness is a racial consciousness, but based on Marxist power relations, not blood and soil, or genetics, let alone the crude resentment of the ‘other’ that lurks at the heart of raw tribalism.

White wokes use critical race theory the way that elites always used Marxist theories to compete with more successful people of their own upper class. Class warfare was never about the rise of the oppressed: Lenin was a member of the nobility, Mao’s father was a landlord and a money lender, and Castro was a wealthy law student whose father owned a plantation.

Critical race theory is designed to thin out the overproduction of elites. It’s a weapon against meritocracy by the same mediocre cliques looking for a shortcut in the competition. Executives force critical race theory into workplaces to shut down ambitious younger rivals. Suburban soccer moms of dumber kids go woke and push it into schools to even the playing field.

What’s whiteness? As the Smithsonian Museum of African-American Culture’s chart of “white culture” put it, whiteness covers everything from a serious work ethic to self-reliance, rational thinking, delayed gratification, achieving goals, being on time, and, finally, “competition”.

Get rid of academic standards, intellectual seriousness, punish success, and the mediocre woke white elites who first created quota systems a century ago have much more of a shot at the top.

The inherent assumption of class warfare was that the proles were too backward to be a competitive threat. The racist assumption behind critical race theory is that black people can’t compete. If the wokes thought otherwise, they would be denouncing black people as racist the way that Asian-Americans and Jews are repeatedly accused of racism and privilege.

White wokes embrace anti-white racism the way that wealthy white lefties championed class warfare. It’s not self-hatred, but hatred of more successful members of their group by enlisting those below them whom they don’t see as competitors to bring down more successful rivals.

But the identitarian racism they’re cultivating among minorities is not theoretical or hypothetical. And neither is the response among working class whites whom they once courted and abandoned. Racial consciousness may only be a theory to woke elites, but it’s not theoretical to the people they’re pitting against each other. Identity politics is only politics to elites, it’s identity to everyone else, and in a country losing the commonalities of religion and patriotism, it’s lethal.

Building a Marxist flavor of racism makes elites Marxists and everyone else racist.

Critical race theory is meant to force white people to see themselves as an ‘other’ and to legitimize the idea of minorities viewing white people that way. Whiteness studies as an academic discipline exists to ‘other’ white people and minorities who can be accused of suffering from multiracial whiteness on account of their success or resistance to dogma.

Otherness undermines empathy and ethics. It licenses everything from hatred to violence to genocide. The more we view people as less than human, the more likely we are to do everything from cut them off in traffic to steal from them and even kill them. National media narratives demand sympathy for George Floyd or Breonna Taylor while refusing to cover the victims of crime because critical race theory denies that they deserve sympathy or humanity.

Ideas have horrifying consequences and leftists have a long history of failing to understand the murderous implications of their self-serving abstract intellectualizations. Only when millions of bodies start piling up do they occasionally begin to wrestle with some sort of moral reckoning. And even then, the reckoning is quickly shelved before it ever really comes into being.

Some Communists turned on the Soviet Union after the Hitler-Stalin pact and the revelations of Stalin’s crimes. Fewer have accepted any kind of moral reckoning for the millions killed by Mao, or the Cambodian genocide, not to mention generations of massacres in Latin America. Nearer to our own time, you won’t find a proponent of Obama’s foreign policy who has even dared to suggest that the Arab Spring was a catastrophic disaster that may have killed a million people.

The body count for Black Lives Matter is estimated as at least 4,000 when you account for the massive increase in murder and crime rates. Most of those would likely be of black people.

Being recruited into a war of liberation by white wokes comes with a high body count. And the blood price isn’t being paid by corporations who sent out emails about George Floyd or sorority sisters holding up ACAB signs. Just as they’re not the ones who paid the price for the collapse of the family or the social structure of both black and white working class communities.

As F. Scott Fitzgerald wrote in The Great Gatsby, “They were careless people, Tom and Daisy—they smashed up things and creatures and then retreated back into their money or their vast carelessness.” But there are fewer places to retreat to in a completely polarized society.

Elites retreat into abstractions. They buy a copy of Robin DiAngelo’s book and Zoom into the latest call of the white allies caucus at their workplace knowing that they may not be good at much, but they are good at undermining those who are actually good at something. But the rising tide of tribalism is not an abstraction for those for whom identity becomes humanity.

Woke is very white, but its vastness is illusory. The woke elites control corporations and institutions, but what woke is feeding isn’t abstract discrimination, but violent racism.

In California, an Amazon driver beat an older lady who asked her about a package. The minority driver had accused her victim of possessing “white privilege” before attacking her from behind. This is what critical race theory actually looks like outside the suburban bubble of social justice dinners and struggle sessions which, grueling as they are, are at least non-violent.

Last year, Amazon forced every employee to take diversity and inclusion training. Even as the Big Tech monopoly is looting the American economy by selling it out to China, it’s doubled down on virtue signaling, promising to go ‘green’ by 2025 and building an HR infrastructure of ‘equity’.

Amazon’s new CEO Andy Jassy is a militant leftist who had previously ranted that, “If you don’t hold police depts accountable for murdering black people, we will never have justice and change.”

The monopolistic tech giant subjects workers to Conversations on Race and Ethnicity (CORE) when it isn’t forcing them to urinate into cups. The speakers at a Big Tech CORE hatefest included BLM co-founder Alicia Garza, Farrakhan fan Carmen Perez, and Robin DiAngelo.

But critical race theory looks very different in the conference room of a monopoly trying to launder its destruction of the country’s economy so that its former CEO can go off into space by bringing in a few racism profiteers to berate managers about their white privilege than on the street where abstractions of whiteness give way to vicious beatings of elderly white women.

Beyond academic wokeness is the gritty racial identitarian reality of tribal violence and murder.

While Amazon and other Big Tech monopolies compete with each other on woke virtue signaling, and Robin DiAngelo adds another million to her bank account, people are being beaten and murdered in the streets of American cities. While Jeff Bezos and other woke elites go off to space, woke translates into tribal hatred and violence down here on earth.