A few years ago the Computer and Communications Industry Association (CCIA) was demanding government regulations that would force internet providers to carry the content of members like Amazon, Google, Facebook, and Twitter. Now it’s suing Florida to fight regulations that would force some of those same members to carry the content of ordinary Americans. 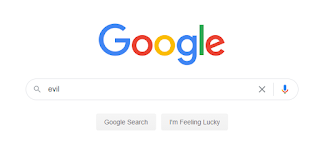 But when Governor Ron DeSantis signed a law barring Big Tech monopolies from deplatforming candidates for public office and journalists, and forcing Big Tech to adopt clear and consistent standards for how they treat users, including deplatforming, as is the norm in every other industry, the CCIA went to war against free speech, access to information — and democracy.

Governor DeSantis says that Big Tech is suppressing free speech. Big Tech argues that DeSantis is taking away its free speech which it defines as censoring people’s speech.

“We are bringing this suit to safeguard the industry’s free speech,” current CCIA boss Matt Schruers claimed. “A digital service that declines to host harmful content is exercising its own First Amendment rights.”

Does Facebook have free speech? And can speech consist of denying service to conservatives? Should Mark Zuckerberg’s speech nullify the speech of millions of Americans?

In 1948, the first program ran on a computer. It was also the year that George Orwell finished 1984 with its infamous slogan, “Freedom is Slavery” and “Slavery is Freedom.” Big Tech’s version of it is, “Free Speech is Censorship” and “Censorship is Free Speech.”

When Big Tech censors millions of Americans, it’s engaging in free speech. And when those Americans rise up and fight back against their illegal monopolies, that’s censorship.

A trade association whose members include Twitter and Facebook insists they have a right to ban the President of the United States and any conservatives because that’s free speech, but that AT&T or Comcast don’t have the right to ban access to Twitter because of free speech.

If censorship is also free speech then that cuts both ways. Otherwise it’s free speech for me, but not for thee, which is exactly the argument that Big Tech’s lobbies and front groups are making.

Amazon, Google, Facebook, and Twitter want to force internet service providers to have no choice about carrying them, but they want to pick and choose whose speech they carry. And yet Google, Amazon, and Facebook have much broader monopolistic powers than internet service providers. The cable provider market has too little choice, but it’s incredibly diverse compared to an e-ecosystem with Google, whose search engine controls 80% of the market, Facebook, which controls 80% of the social media market, and Amazon’s massive ebook dominance.

If any aspect of the ‘net’ needs more neutrality, it’s the platforms, not the providers.

If Comcast’s control of 40% of the broadband market gives it so much power that it can’t be allowed to pick and choose what content it carries, what about Facebook’s 80% control?

Big Tech’s position is that only its monopolies have free speech and they should use that speech to deny everyone else free speech. That’s a surreal mockery of the First Amendment.

Big Tech’s trade group is relying on the same compelled speech argument that Christian bakers have used to avoid baking a cake for a gay wedding. But there’s a multitude of bakeries, most of whom will be happy to bake a cake for anything if you pay them enough.

How many Facebooks and Googles are there?

Christian bakers and photographers argued that they’re artists and taking part in a gay wedding would compel their speech. Are Mark Zuckerberg and Jack Dorsey artists? Are Facebook and Twitter their artistic creations that would be spoiled by allowing conservative speech?

And yet the same media that ridiculed the idea that a Christian baker should be allowed to pick and choose which cakes he bakes is insisting that telling a social media monopoly not to censor candidates for public office is a violation of Zuckerberg and Dorsey’s free speech rights.

But if the speech on Facebook and Twitter is the speech of these billionaires, then they can be held accountable for it. If it’s not their speech, then free speech isn’t an issue. The CCIA is in the absurd position of arguing that speech on platforms is and isn’t really theirs speech. And that platforms express their speech by taking away the ability of others to speak.

Call it the No Free Speech version of the First Amendment.

If Big Tech speaks by eliminating the speech of others, then maybe we would be better off without this novel black hole theory of speech on whose basis it’s going to war against Florida.

The CCIA was advocating for the so-called “Save the Internet Act” to impose Net Neutrality. But the internet appears to be in no particular danger from the lack of Net Neutrality. Despite all the alarmism about the end of the internet and even death threats (one activist was sentenced for threatening to kill the family of Trump’s FCC Chairman Ajit Pai), little has actually changed.

That’s not the case with Big Tech censorship which silenced millions of people from POTUS on down, influenced the outcome of a national election, and defined the national debate. Net Neutrality advocates could not point to any measurable harm caused to them, but opponents of Big Tech censorship can easily point to the harm being done to them and to the United States.

“The internet has been historically neutral. After decades of legal battles by those who want to either make money from discrimination or look the other way, we are glad to see legislation to protect consumers’ and businesses’ access to the open internet,” the CCIA argued a mere two years ago in defense of Net Neutrality and the “Save the Internet Act”.

Unfortunately the internet hasn’t been neutral. It’s dominated by a speech cartel which deploys the rhetoric of an open internet and free speech when it serves its business interests, but is fighting tooth and nail when Governor DeSantis and Florida asked Big Tech to be neutral.

Conservatives looked the other way while Big Tech consolidated its control over the internet. They’ve gotten tired of looking the other way, but Big Tech is just as eager to gaslight them, to hire Republican lobbyists to argue that speech is censorship and censorship is speech.

We need a real Net Neutrality and a real Save the Internet Act.

The CCIA has unintentionally made some great points over the years. Americans paid for the internet, from the earliest networks down to Google. We put our economy and our political system on the internet. Now Big Tech monopolies are consuming our wealth and our freedom.

Americans deserve an open and neutral internet. Consumers and businesses need access to an open internet, but so do elected officials, journalists, and anyone who cares about the way that our country is run and has an opinion about government, culture, and education.

Big Tech engaged in blatant election rigging and voter suppression in the 2020 election. And it’s marginalizing and suppressing the views of half the country from the marketplace of ideas.

Its front group laughably claims that it’s suppressing half the country in the name of free speech.

A true net neutrality applied to the CCIA’s Big Tech bosses would “preserve free speech, access to information — and democracy.” Florida’s move is a good first step in the war to take back free speech on the internet and force platforms to host political speech in an open and neutral way.

Big Tech claims that it loves free speech. Governor DeSantis and Florida are showing what real free speech looks like.