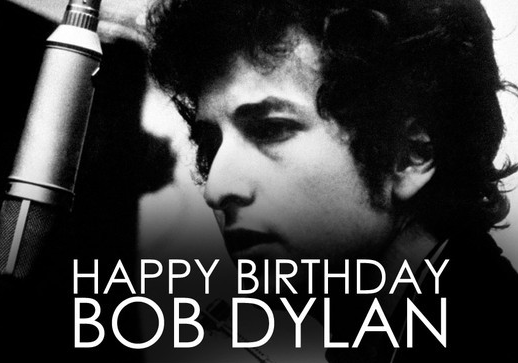 “Don’t have the inclination to look back on any mistake
Like Cain, I now behold this chain of events that I must break
In the fury of the moment I can see the Master’s hand
In every leaf that trembles, in every grain of sand…”
-Every Grain of Sand, Bob Dylan

Summer 1966, Toronto, Canada: I was traveling into the City of Toronto at the age of nine. I was with my Mother, my Aunt Shirley and my Uncle Herbie. They had treated me and my mom to a trip from Virginia to Canada in the summer of 1966. This was a few months after my Father was killed in a tragic vehicular murder-suicide in December 1965. My dad was the murder victim in an intentional, head-on collision. They thought the trip would be good medicine for my mom and I. All of them spoiled me rotten, but I missed my Father.

As the Toronto skyline approached ahead of us, I heard the toughest voice that I had ever heard come out of Herbie’s car radio.

“Like a Rolling Stone” by Bob Dylan had an immediate impact on my traumatized nine year old mind. I understood the isolation in the lyrics. I was living it. I also respected the defiance in the delivery of the song by the singer. I wanted to be that defiant. I just didn’t understand how to get there. At least, not then.

Fifty five years later that initial impact of Bob Dylan still resonates in my writing. Dylan is one of the reasons I became a writer. He is definitely the reason I write songs. Bob and the Blues songwriter, Willie Dixon, have been the biggest influences on my songwriting. 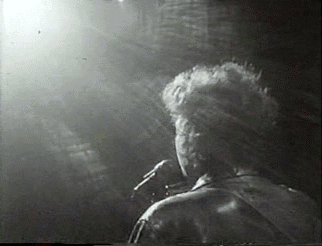 On May 24th, 2021, Bob Dylan had a milestone birthday: He turned 80. Quite remarkable as he is still producing great music. He still inspires me to seek new methodologies to create substantive art. He set the standard for continued innovations in the song lyric form. Dylan is an appreciation of history in motion. His own influences range from the Bible to the Blues to the Beats to Hank Williams, among others. He is a living lyric tradition within the American Songbook.

If you could view my musical influences, like the rings of a tree, Dylan figures predominately. As a young teenage songwriter, I used to steal the titles of his songs and tried to create my own versions of them.  For example, his great song, “Love is Only a Four Letter Word.” I loved that title! I cynically embraced it as it was how I felt, at that time, about romantic love. Those early songs were my attempt to find my own voice inside of someone else’s.

It was only after I embraced Southern Blues, and a wide variety of other musics, that my own voice as a singer emerged.

Additionally, as I have read many novels and poems, I still passionately love the written language. These influences were part of the path to finding my own voice as both a writer and as a singer/songwriter.

Most importantly, as we all know, you also have to live some life to write or sing like there is some experience attached to your words. An acceptance and transcendence of the your life is a lesson I learned partially from Bob Dylan and other writers.

There have been many books and articles written about Bob Dylan. So many volumes that I hesitate to join the ranks of the biographer with this article. It’s been done. No real new ground has been broken in the analysis of Dylan’s work, at least not lately. I would prefer to list some of the crucial works of Dylan and their impact on me as a fan and as an artist.

1965-1966: Bringing It All Back Home, Highway 61 Revisited, Blonde On Blonde:  This trio of albums cemented Dylan’s influence as a figure in popular culture. These albums also signaled Dylan’s return to the Blues and Rock and Roll from his youth in Hibbing, Minnesota. Prior to these remarkable albums, Dylan had been labeled with the weighty title of “Spokesman of his generation.”

This was due to the Civil Rights movement’s embracement of songs like “Blowing in the Wind, A Hard Rain’s A-Gonna Fall and Only a Pawn in Their Game,” among many. Those early, solo songs, to me, were poetic observations that were co-opted by a movement. Bob Dylan always seemed to bridle under labels such as spokesman.

The above mentioned trio of albums revolutionized the lyric in popular song. Dylan’s lyrics on these albums denoted the influence of the Beat Generation poets and writers, such as Allen Ginsberg and Jack Kerouac, and the French Symbolist poets, such as Arthur Rimbaud. All added with the influence of Chuck Berry on the side. Lyrics like “The ghost of electricity howls in the bones of her face,” (Visions of Johanna, from Blonde on Blonde)still astound.These sort of lyrics were far removed from “I wanna hold your hand or I can’t get no satisfaction.”

As a lyricist, Dylan was quite different from The Beatles and The Rolling Stones. Yet, he influenced both of those groups and many others with the carnival nightmare-like lyrics of these three seminal albums. In 1966, Dylan toured the world with his backing group, The Hawks. He was resoundingly booed at many of these concerts as many in the audience wanted Bob Dylan to remain the solo acoustic artist of his “Folk” period.

In 1966, Dylan was facing many pressures. He had a book contract and a TV Special obligation to fulfill.  He was also facing a major American tour later in 1966. On July 29, 1966, Bob Dylan had a serious motorcycle accident. Projects were placed on hold and he stopped touring for the next eight years. I think the motorcycle accident helped to save his life. The accident allowed him to take a breath and to detox from the myriad of substances he had been taking just to keep going. He had gotten married to Model/Secretary Sara Lowndes in November 1965.

Before the accident, Dylan had started a family (eventually raising six children within two marriages.) After his accident he ensconced himself in the Woodstock, New York area with The Hawks, now simply known as The Band. They had daily rehearsals in a Pepto-Bismal colored house affectionately known as Big Pink. The Band eventually became the forefathers of the Americana form within their own frame of focus.

The language of Dylan’s music became simpler, directly influenced, in some cases, by Dylan’s consistent reading of the Bible. From 1966 until 1974, with the exception of a few, select appearances, Dylan did not tour and released a consistent, well executed, series of albums.

I first saw Dylan when he returned to touring in 1974, backed by The Band. The show I saw was exceptional. I sat beside an “old hippie” couple. The husband of this couple said he had seen Dylan in 1965 and 1966 and never booed. His wife sagely stated he had booed louder than anyone else. I have seen many Dylan shows since that first concert.

It has been easy for me to remain an unabashed Dylan fan from those first notes of “Like a Rolling Stone” at the age of nine. There are many periods of Dylan’s work that I admire. From the confessional albums, such as “Blood On the Tracks and Desire,” to the Daniel Lanois produced albums, Oh Mercy and Time Out of Mind.” As I embrace the past and the present, Dylan figures in the continued future of American songwriting. He is an inspiration to present and future songwriters.

Dylan has remained a consistent artist in my eyes. No matter what his detractors say, Dylan always has remained true to his muse. As well as writing lyrics that continue to inspire, he continues to write great melodies. His melodic sense is musically inspired, with remarkable chord changes. That is quite amazing for someone who has not been considered a conventional singer.

Yet, through it all, Dylan continues to release work that informs and inspires. In the year of 2020, in the midst of viruses and tyrannical overreach, he released a work of stunning power titled, “Rough and Rowdy Ways.”  He has a vast catalogue of back-logged songs and performances that he continues to release as “The Bootleg Series.” A new Bob Dylan album is still an event to my ears.

Despite winning countless awards and accolades, Dylan retains that essence of the young man who first came to New York many decades ago. A relentless, restless and searching artist whose next accomplishment is always the next song. His legacy is secure. The heart of his art remains constant and consistent.

Greenfield: Why Biden Wants a War in Israel