Share
Facebook Twitter Pinterest Reddit Share via Email Print
Most of us are aware that Memorial Day is celebrated at the end of the month of May. It is a day that Americans celebrate and honor those who have given their lives in service to this nation while serving in the Armed Forces.
Decoration Day, as it was first called, was officially renamed Memorial Day in May of 1966 by President Lyndon Johnson.

Memorial Day was borne out of the Civil War and a desire to honor our dead. On this day communities would honor their war dead by decorating graves with flowers, wreaths and flags.The tradition of wearing red poppies on Memorial Day was inspired in 1915 by a poem written by John McCrea called “ In Flanders Field”. Monica Michael made a personal pledge to always wear silk poppies as an emblem for “keeping the faith with all who died” and began a tradition that was adopted in the United States and more than 50 other countries. The VFW became the first Veterans organization to nationally sell poppies in 1922.

In 1948 the U.S. Post Office honored Ms. Michael for her role in founding the National Poppy movement by issuing a three-cent postage stamp with her likeness on it.
The “National Moment Of Remembrance” resolution was passed in December of 2000 which asked that at 3:00 P.M. local time, all Americans to voluntarily and informally observe in their own way a moment of remembrance and respect during a moment of silence. Memorial Day parades are a time-honored tradition across America, and are a way for communities to gather to remember with pride those who sacrificed so much for our country to preserve our freedom. Sadly, this national holiday has now become the day that marks the beginning of summer for most Americans, and picnics and visits to the lake have replaced it’s original intent. 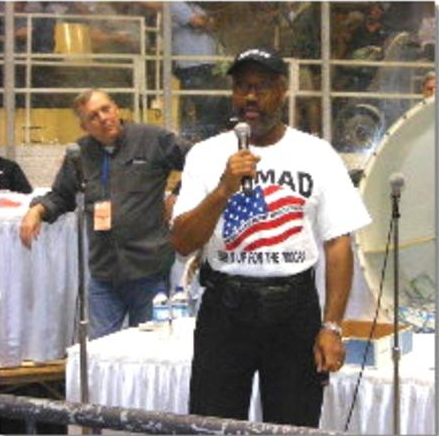 America has begun to see a decline in its treatment of our veterans, as well as those who serve on active duty. We hear about the many scandals at out Veteran’s Administrations Hospitals, cemeteries, and how those that apply for disability are treated by long waits and the disposal of their applications. One of the latest stories involves how a VA hospital manager mocked veteran suicides in an email to her employees in Indianapolis, Indiana. It is time for us to once again show honor and respect to those that gave their lives to protect The American Dream. We must instill appreciation and respect in the hearts and minds of our children for those who serve in our Armed Forces. It is because of their sacrifices that we remain the “ land of the free and the home of the brave.
Take a moment this Memorial Day  to observe the traditions attributed to it, and teach our youth the meaning behind these observances. As we approach the holiday this year think of ways to celebrate it with pride. Visit a National Veterans Cemetery, VA Hospital or nursing home. Wear a poppy, or display a flag in your yard, and if possible attend a parade.
Renew the spirit of pride in your heart and soul, and remember “Freedom Is Not Free.”
“FREEDOM And LIBERTY / USE Them Or LOSE Them.” ( E.W. McClendon)
Share
Facebook Twitter Pinterest Reddit Share via Email Print