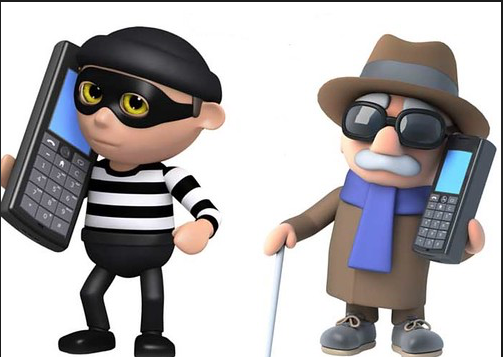 When you have been laid up a couple months after surgery you pay more attention to things that you normally would ignore.  One is the number of worthless phone calls you get from folks wanting to give you something for nothing. Well not exactly nothing. Just your credit card or bank account number.
A good one came in just this week that thrilled my wife and me. “You have won the sweep stakes,” we were told. Yes, a million dollars, plus a Rolls Royce, that would be delivered to our door! After a great deal of rime with the caller extolling how lucky we were, we finally got the catch: The IRS needed one percent of the winnings, which we were to pay in advance. Via credit card.
Goodbye, Rolls Royce.
Some of the calls are so repetitious they are funny.  Like a notice that our car warranty was about to run out and we could get a new one immediately by phone. The car they call about sometimes turns out to be one we no longer have.  What happens is that these companies buy lists of cars sold by car dealers over the years and have a backlog of possible customers.  Our car dealer keeps us informed warranty wise.
Sometimes the caller claims to be a government representative letting you know you are eligible to have college loan debts paid off by the government.  Interesting in that I am 85 and my college expenses were paid off long ago.  The last two times I had such calls I said, “Thank goodness, I have a big one. My parents paid for my undergraduate degree and I never got to repay them. They are both with the Lord but I could use that money to pay for a memorial to them in appreciation.” For some reason they hang up on me.
My age must be known and that I am on Medicare. Most of my calls are about so called better plans.  What they don’t tell you is that if you are unhappy after you buy into their plan you cannot go back to the one you have.  I love a certain former athlete on TV telling you his plan pays your transportation to doctor appointments.  What they also don’t tell you is that it is one way. Your trip back home is not covered. I am not anxious to have a one way trip to a hospital.
Sometimes I admit I have a little fun with the calls. There was one company that called and called and finally I took the time to act like I was listening. Then I interrupted the caller by saying, “I am so glad you called and want to hear more, but I have to interrupt you. The power company is working on the lines to this house and they just sent me a note. I must not have another word spoken to me or there will be a short circuit and I will be electrocuted. So please wait a minute.” The caller replied, “Alright, I will wait.”  Then I let out a horrifying scream and hung up. My wife reminded me that was not very Christian so I will apologize–but they probably won’t call back.
The computerized calls are the most aggravating. It is hard to talk back to a computer and they drone on and on. Even when I try to tell them they have a way to win a Rolls Royce.
Share
Facebook Twitter Pinterest Reddit Share via Email Print

Greenfield: The Love Song of Bill and Melinda