At the beginning of March, the CEO of ChargePoint rang the opening bell at the New York Stock Exchange as it became the first publicly traded global electric vehicle charging network.

CEO Pasquale Romano told Forbes that he expected big things from the Biden Administration for the electric car business. He wasn’t alone. Investors had been pouring money into the green energy business ever since Biden was expected to take over running the United States. 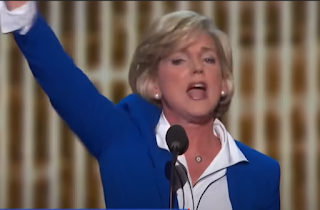 Investors were waiting for the Biden Administration to go ahead with its push for 500,000 EV charging stations, and they were not disappointed. Biden’s so-called ‘American Jobs Plan’, despite its name, a series of hyperspending giveaways to China and special interests, called for those 500,000 charging stations, and ChargePoint’s stock, as expected, shot up on the news.

ChargePoint already controls as much as 70% of the EV charging market and is the likeliest beneficiary from Biden’s push to have taxpayers, many of them working-class and middle-class, subsidize wealthy Tesla and luxury electric SUV owners, with convenient charging stations for their urban and suburban lifestyles.

While Biden’s $174 billion electric car plan is bad enough, some estimates put the EV charger component cost as high as $50 billion. Higher end chargers can run to as much as $260,000. That means a single EV charger for rich Biden voters can cost over 10 times the price of a basic car. All of this is being done to benefit a car owner demographic with an average income of six figures, who tend to be younger, wealthier, and are already subsidized by working Americans.

Biden’s green plan means $260,000 EV chargers for the rich, higher taxes for everyone else.

Blue states already offer thousands of dollars in subsidies, often at the expense of working-class car owners, and the Biden administration’s plan adds to that massively.

But why is the Biden administration so obsessed with EV charging stations specifically?

“Electric vehicle revolution! The #AmericanJobsPlan will help us build a network of 500,000 EV chargers,” Secretary of Energy Granholm had tweeted excitedly.

When Biden picked Jennifer Granholm to be the Secretary of Energy, she, like many public officials, had a complex history of radical advocacy and special interest involvements.

But one part of her career has received very little attention even in light of today’s announcement. And that may be inevitable because asking the media to report on conflicts of interest involving Biden officials, instead of on his dogs, may be asking too much of journalism.

In 2016, Granholm was picked to serve on ChargePoint’s board of directors.

Two years ago, Richard Allen Short was let out of prison.

Eight years before that, Short had appeared at a press conference with Governor Granholm to tout him as the CEO of RASCO (Renewable and Sustainable Companies) who had won a $9.1 million tax credit to build a plant that would create hundreds of green jobs in Michigan.

Short had already spent 5 years in prison for embezzling money from a battery company and was on parole at the time. The whole thing fell apart when his parole officer saw him on TV.

A day after his Granholm press conference, the green energy tycoon was arrested. Again. A state spokesman said that it was unclear if the tax credit grants would move forward, and Granholm’s spokesman whined that, “It would be unfortunate if the program was in any way diminished by this incident.” It’s always unfortunate when a green energy scam falls apart.

Despite the attempts at spinning the latest green energy boondoggle as the exciting new thing, there is nothing new under the sun. Not even solar energy or any other green scam.

A decade ago, Granholm was pushing $1.84 billion in federal loans for A123 to make “Michigan the alternative energy capital of North America and the advanced battery capital of the world.”

Obama ended up giving $249 million in federal grants to A123 and Granholm got it $141 million in state credits and subsidies. Two years later it had filed for bankruptcy and its assets were picked up by a Chinese Communist company along with those of Fisker, an electric car company that was approved for a $528 million loan by the Obama administration, and whose launch was touted by Biden. Michigan and American taxpayers got nothing from these deals.

“GlobalWatt literally left Silicon Valley in California to set up shop in an abandoned auto plant in Saginaw,” Granholm had boasted. The solar energy company got $42 million and promised to bring $177 million and 500 jobs. Instead, GlobalWatt was selling solar panels on eBay made in India. A year later it was evicted from a Michigan plant that employed only a dozen people.

These are a few of a long list of green energy boondoggles trailing behind Granholm like a car with a busted muffler. Beyond green energy, Granholm also went big on Hollywood. Or tried to.

With the same results.

“And in Grand Rapids, it’s Hangar42 film studios!” Granholm had declared. Hangar42 was supposed to be Michigan’s first major film studio with 1,000 jobs on the largest soundstage in the world. A year later there were criminal charges in yet another case of fraud.

Granholm’s plan to turn Michigan into the new Hollywood worked as well as her plan to turn it into the green energy capital of the world. Some people made out like bandits, taxpayers lost.

With this kind of track record, you would think that there would be some scrutiny of Granholm.

Unfortunately the Senate was far more interested in Neera Tanden’s mean tweets about its members than in Jennifer Granholm’s horrible record. But Granholm had expertly reinvented her image, leaping from the board of Dow Chemicals to Al Gore’s leftist Current TV.

In the Current TV progressive basement, alongside disgraced former Governor Elliot Spitzer, and Cenk Uygur, who claimed that “the genes of women are flawed”, Granholm labored on her rants until Gore sold out to Al Jazeera which killed off her show. But didn’t finish off her career.

As a lefty TV pundit, Granholm was able to leave behind RASCO, A123, Webvan, Plastech, Hangar42, and the rest of her ugly record to gain serious prog credentials as a political soldier dedicated enough to follow Keith Olbermann on his Maoist long march down to Current TV.

Granholm’s green energy business did nothing for Michigan, but won her consideration as an energy secretary by Obama in 2012, and was picked by Hillary Clinton as her energy adviser.

ChargePoint appointed Granholm to its board in August 2016. That was the same month that Granholm was named as co-chair of Hillary Clinton’s presidential transition team which would have likely guaranteed her a cabinet position. With Hillary expected to win, ChargePoint was betting on what must have seemed like a sure thing.

The likely big winner of Biden’s 500,000 EV charger proposal is a company whose board his Secretary of Energy sat on. It’s a good thing that the media is too discreet to report on it.

Mark Tapson: The Left's War on the Family