Just a few months into the 2021 term of the current administration, we find a group of politicians that are trying to find ways to ‘reignite’ confidence in their government. It is a matter of bewilderment, especially if we are to believe these people took the country by storm in the dark. After all the boastful displays of people having chosen them without any second thoughts, the Biden administration finds itself falling short if not a complete failure of what it had promised. And most importantly, it finds itself stuck in an utterly slow path towards checking off the traits required for robust governance.

Their relief package doesn’t offer a security net for those with lowered or no income; it poses the risk of enormous inflation. Problems are plenty and the term has only just begun as of this administration signs away and reverses just about every single President Trump action in the first few weeks. It’s a coincidence – or maybe not – that Donald Trump decided to make his first public speech a State of the Union address at CPAC, all while his temporary seat holder was being tested by the new power and positions at hand.

Our 45th President Donald Trump did not hold back. He hit right at the chords of distress in the Administration. He went on to say that Biden had instated an ‘America Last’ motto in place of ‘America First’. Such was the blatant 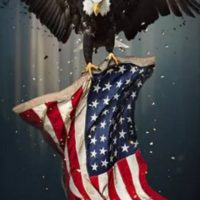 digression put on display by Biden and his team, so said, President Donald Trump. Trump also made it clear that he would not be forming a new party, thus putting off all rumors that spread before. He did indicate that he would run again for the third time but did not specify when the ‘next time’ would be. So that’s one area we’ll have to watch closely for interpretation.

But the biggest takeaway here is the resolve to make the Republican Party stronger, safer, and greater than before – to seal off all signs of a rift with the elimination of all the “establishment RINO’s” of the party (particularly that which filled the media following the declaration of results).

Donald Trump has vowed and promised unity in the GOP. But he also called out some who had, despite being a part of the GOP, decided to put on an exhibition of outright discontentment against him. Such fissures do more harm than good to any party whose leader commands integrity and inclusion for all. Equally important was Trump’s emphasis on the need for a pro-active opposition, especially given the new distribution of power, with the Democrats establishing a majority in both the Senate and the House.

RINO’s have allowed the Democrats to have a majority easily because the establishment had lacked the strength of character, control, and power. There is no pathway for strong, competitive, conservative new candidates, because of pay for play well-funded establishment Republicans that have been bought by lobbyists, PACs, Tech Corporations, and Developers. Opportunities do not exist for those of us that believe in faith, family and freedom, the Constitution, and our 45th President.

Many of our Republican seats have been lost to Democrats, especially in California where Republicans are all but extinct, banished, wiped-out because of greed and the solicitation for power by the establishment Republicans. When you are divided you are weak and anemic, they have no plan for a robust party, only to find culpability for their failures when true conservatives representing Trump policies split their RINO votes.

Overall, the 2020 election was dishonest. It was not transparent and there was no audit despite attestation of fraud. More than 75+ million voting Americans will no longer trust America’s voting laws.  It was very similar to what Myanmar’s Burma wide-scale fraud in their 2020 election told us about U.S. vs China competition. We will not have a transparent, nonpartisan, accountable revolution until we unmask the actors.

Bottom line: The spineless Republicans completely and utterly failed America. We have been betrayed! The winners are big technology, corporations, and of course China. These cowardly politicians are the activists for these leaders.

It will take strong and ceaseless opposition to the left-liberal agenda. This will be key not only in ensuring a competitive return to power for the Republicans but also to hold the Democrats accountable and answerable for every bad decision they make for ‘America Last’. A two-year term should not turn into a one-sided discourse by any means – for this, the opposition needs to make itself be heard, and it also needs some form of unity.

But as long as the Republican Party supports the #NeverTrumpers-brand of Republicanism, trying to control the narrative, and telling other conservatives to ‘get out’ of races with no support or inclusion, then we will no longer vote or contribute our dollars to the any of them. We will take a page from President Trump and continue to support conservative values, the people, communities, and the #SaveAmerica values agenda at https://www.donaldjtrump.com/.

We will do our absolute best to take out these RINO’s that have infected our organization, promote conservative values and expose the fraud in this party. President Trump invested his time and energy in showing us the rampant abuse in government. It’s now up to us to help clean it up our own Republican Party.

Cutting past differences is an absolute necessity now for the GOP. Trump’s reappearance has given faith to the Conservatives. Now it’s for constructive political engagement to keep that liveliness running in the opposition. The last thing we need is a cut-out RINO contender brimming with weakness as we have currently in states like California. We have a fairly successful Recall of Newsom effort, once again, the CA Republican GOP establishment is rooting around in their bag of trickery to re-emerge with another failed RINO to take Newsom’s place.

The 45th President Trump, despite arriving late for some would say was his State of the Union address, but spoke at precisely 4:49 PM on #CPAC Sunday 2021 as he circled around thousands of an awakened crowd of supporters, our 45th President – Donald Trump gave a start to a renewed energy amongst the Conservatives. We have been silenced, canceled, and shut down but we are united in the millions under the Constitution, we are patriots across America, and this is Trump’s America.

Greenfield: When Black Mass Shooters Kill Asians, It's Not a Hate Crime