“You have enemies? Good. That means you’ve stood up for something, sometime in your life.”-Winston Churchill

On the morning of April 20th, I had some pretty interesting visitors. In recent weeks, my wife and I have been doing repairs on our house, getting estimates, etc. Some repairs were due to last year’s tornado damage. Some repairs are just necessary internal replacement. On the morning of the 20th, two gentlemen knocked on my door. They were dressed like workmen or perhaps, plumbers. 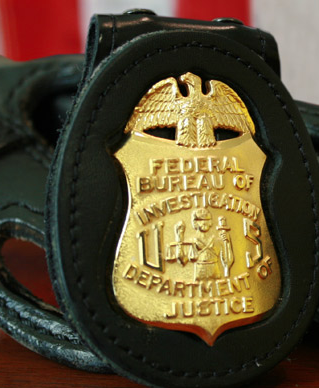 But they were not workmen nor plumbers. After asking if I was Michael Ingmire, they presented their credentials to me. They were FBI. I did not write down their names. My mistake.

Apparently some “well meaning” soul had called the local field office and had falsely accused me as being part of the “violent protestors” protesting in D.C. on January 6th.

I was not in D.C. on January 6th, I was in the town I currently reside in. I maintained a remarkable composure with the two agents.

I advised them where I was on that date and who they could verify it with. I did acknowledge that I was a Trump supporter and that I thought Joe Biden was the most abjectly stupid man in Washington.

Not expecting an answer, I asked who had made this spurious accusation against me. They, of course, advised me they couldn’t release the source of these charges. I then asked if there was a law against giving false information to the FBI. They said there was no such law.

But there actually is a law forbidding the giving of false information to a Federal Officer. It is 18 USC 1001.

By this point in the conversation, my wife had joined in and it got lively. Detailing her service to the government, she was thanked for her service by the agents. They were wearing masks. She proceeded to tell them the health hazards of breathing back in bacteria you exhale and even evoked the biblical passages against the wearing of veils. One of the agents was quite receptive and took his mask off. A small victory.

They stated they needed to investigate the report by this anonymous person. ( Where were they when my wife called the Washington FBI Office and asked them to vet Obama in 2008?)

Of great concern to me was the fact that they asked if I knew anyone that had been protesting in Washington on January 6th.  That smacks of McCarthyism.  It is a detriment to our shared freedoms and should be protested against at every turn.

They went on their way, as they stated that they had other people to interview. My wife told them to worry about the communists in power that were destroying America and not to be concerned with a disabled veteran that served and loves this country or a Patriot Writer/Musician. I agreed with my wife. I advised them to look at real terrorists and consider the theft that was the 2020 election. The agents were professional and smiling by the time they departed. We should have took some selfies. My wife could have posted them on Facebook when she is no longer on restriction for sharing the truth.

I decided to look up the local FBI Office. On their webpage, there was a post indicating that they were looking for information about individuals that were protesting at the Capital on January 6th.  Interesting, I now saw a pattern here indicating that I may not be the only person harassed by the Agency.

After navigating a myriad of options I was connected to an actual agent. After giving her my basic information, I formally introduced myself.  The Agent did not respond in kind to my inquiry about her name. I detailed the story of the April 20th visit and advised her that I wished to file a formal complaint against the individual that gave them the false information about me.

She advised me that I had the option of obtaining the services of an attorney if I wished to file a complaint against the FBI. I advised the Agent that making a false statement to the FBI was a violation of USC 18.  She stated that perhaps the individual thought I resembled someone in the pictures on the website. I told this Agent that I had no desire to sue the FBI. I just wanted them to document this false allegation and to follow up with the person making the allegations to find out their motives.

I stated that perhaps the individual did not like my politics or my efforts to seek accountability for our nephew, Sean Smith, as related to Benghazi. I further advised the Agent, as the call was recorded, that I wanted them to investigate this matter. I articulated that perhaps this individual may further harass other citizens and that a pattern of behavior needs to be considered in their dealings with this individual.

In essence, the call ended in an impasse with no real complaint process started. As citizens, we need to fight against government overreach. Considering the real threats to our country, with groups like Antifa and BLM, the FBI would be better served with investigations into actual terrorists. Individuals, like myself or my wife, who truly love, cherish and defend our Constitutional rights need to be left alone.

Conservative thought, action and speech are being diminished, denigrated and dismissed by figures like Maxine Waters, Biden, Pelosi and Harris, among many. Conservatives are in danger, like a cornered prey animal, the hunt is on. Well, it is time to resist intelligently. This battle for the soul of America is just getting started. We are engaged in a spiritual, psychological and information warfare. Take heart because we all know who comes out victorious. The truth wins.

John 14:6–I am the way, and the truth, and the life, no one comes to the Father but through Me.

Greenfield: The Tyranny of Meaninglessness