Today up to 18,000 kids are in an overcrowded purgatory filled with rapists, smugglers, and traffickers at the border – near the United States. Lured in by Biden with no assurances, just blind faith. Their 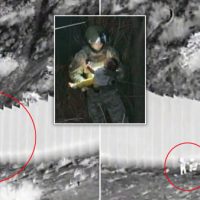 parent’s only belief is within their trust that God will save and take care of their children. The only promise was payment to the border and if the children were lucky enough to be hurled over a fence like ragdolls and captured by border patrol or simply to be bought and sold in the black market. If they are the few blessed – these innocent children will be herded into planes and trafficked all over the country without identification and without any supervision by a parent, just alone.

‘Humaneness’ is nowhere to be found. This can be said with proof of how the issue of unaccompanied migrant children is being tackled. The detention, lack of prompt action in getting them accommodated, and the sheer failure of much-lauded altruism as a driver of all policies – all of these factors underscore the unbalanced spheres that our country is passing through. One can only exhale on observing the impression these images leave indelibly etched into our minds and the minds of these children. It is innocence being subjected to absolute cruelty.  This is terrifying even to watch. #SAVEOURCHILDREN.

Since January 20th, there’s been a well over a 30% increase in the influx of migrants as a whole. Of these figures, the upsurge amounts to 60% when it comes to unaccompanied alone minor children. With reduced housing capacity, the Office of Refugee Resettlement (ORR) is finding itself amidst a quake. One can spot hypocrisy here – an utter deviation from ‘pro-immigration policies that were promised and followed up through words prior to January. It also displays how the children are being reduced to mere pawns – ragdolls for political discourse. The distress that such young children have had to face during their long journey transit and later in the suffocating conditions that the administration’s border patrol lands them up in seems to be going past the heads of authorities (Byden). Their spun-up reality of everything being good is far off from the truth that plays out at the borders. Corruption is so endemic

Pushing these children through unsettling conditions, giving them meager amenities, and most importantly, shunting the media away from these grotesque pictures of negligence, exploitation, and child abuse gives every American a clear idea of how abuse of power is getting severely distorted in favor of their vested interests. Children between three and sixteen years of age are being trafficked all over the United States housed in military facilities that can very much be equated to prisons or warehouses, even under an underpass in the sandy dirt with nothing more than a piece of foil. At a point where children are supposed to receive safe education, be in an ambiance conducive to their growth, and be surrounded by peace and security, these young ones are seeing a sham of absurdity getting unfolded.

The conditions that they flee are adverse – violence, gang-wars, bewildering levels of poverty. Perhaps they were hopeful of coming into and seeing the light at the end of tunnels of daily oppression. But what they’ve followed and were lured into was a trail that led into a spiral of another form of oppression, coercion and for these children who sought sanctuary and protection were delivered into the hands of the coyotes where they will be trafficked and abused further.

There is no solid solution being put up for offer by the Biden Administration. There is inaction and worse, the conscious breaking away of focus from areas that truly account for welfare. Thousands of children detained at the border station have went days without adequate food, water, or soap. Although it is quietly hidden, human trafficking thrives during times of chaos and vulnerability. Such as in the case of these crimes against humanity which is in full view at the border. When lawyers had visited the border patrol facility where thousands of children are now detained, agents refused to let them inside and the justice department said they were not entitled to gain access.

In the Dallas convention center, they have relocated 1,500 teenagers less than a week after opening its doors and are expected to take in an additional 500 more teens this week, according to HHS. The capacity is 2,300 people, but if it is anything like those cages and tents at the borders thousands more will be jammed in to get them out of the prying eyes of the legitimate cameras. This reminds me of Katrina and how families were interned inside and detained–confined to a small area where violence and rape had occurred.

The conditions under which the children are being housed are much more problematic given the pandemic. There is a much higher risk of infection without adequate care being provided. Their natural resistance to adverse infection, owing to the mode of travel and prior circumstances of living, would not be enough either. This is precisely why the administration should be adopting a pro-active role and act on war-footing now. Their decision to round up children and fly them to different states to be housed in the foster care facilities which are rotten to the core with abuse and trafficking out at these facilities to anyone who will take a child out and never be seen again, this practice by this administration cannot stand aside and be part, even if indirectly, of a disheartening passivity that officials at the borders are putting on display.  Dealing with this crisis and immediately finding a solution to it is more than necessary. You cannot afford to stall this for a later day.

Just recently there was a container ship that ran aground in the Suez Canal with at least 20,000 shipping containers aboard this vessel some close to the maritime industry were thought to have children in some of these containers being smuggled through ports of entry.

To my surprise I was not aware of how prevalent these cargo ships are used for more than the delivery of products, they are also used for services. More than 420 million containers move around the globe by sea every year, transporting 90 percent of the world’s cargo. Most carry licit goods, but some are used to smuggle drugs, weapons, even children and slaves. Cargo shipping is vital for keeping supply chains moving and the country fed and well-supplied especially during the current pandemic. Port employees have continued working throughout the pandemic, they have not shut down like so many industries have. Another industry that has never shut down is human trafficking. In fact, as much of the world has turned its attention to the COVID-19 pandemic, the crime of human trafficking has been able to flourish.

All victims of human slave trafficking include children, women, and men who are subjected to sexual exploitation or forced labor through the use of force, fraud, or coercion. At seaports, in particular, traffickers can take advantage of discrepancies in maritime law in order to exploit their victims, making a tremendous profit.

It is easier for traffickers to operate at sea. It is not just labor trafficking that seaports need to watch for. Sex trafficking can happen at ports all around the globe as well. Survivors of human trafficking report that deckhands can be sex buyers. In these instances, sex buying can happen at port facilities or onboard docked ships on borders where the sea meets the land. “The U.S. Department of Justice Human Trafficking Task Force reports that 83 percent of U.S. sex trafficking victims are U.S. citizens and that the average age a victim is first exploited for commercial sex is very young” usually under-12 years old.