When the Democrats decided to launch their unconstitutional military occupation of Washington D.C., they summoned 26,000 National Guard troops from all over the country to serve as a captive audience for Biden’s inauguration in an empty city living in fear. Those troops were made to sleep on cold marble floors in the Capitol and later in a cold parking garage. They were fed tainted meat, food with metal shavings and worms, resulting in illnesses and hospitalization. 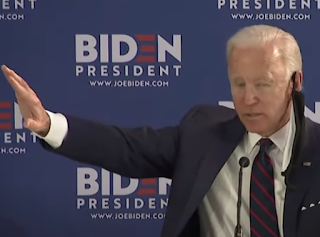 The bill for this disastrous mess came to $483 million. Nothing but the best for the troops.

As the massive flood of illegal alien migrants poured across the border, some wearing Biden t-shirts, coming to receive the illegal amnesty that he had promised them, they got a better deal.

No cold parking garage floors for future Democrat voters and no food with metal shavings.

Instead, Biden delivered a $86.9 million contract to house 1,200 illegal migrants in hotels.

That’s nearly four times as much money being spent per migrant compared to the total amount of spending per soldier. And since only a portion of that $483 million even went to providing for the troops, the actual discrepancy behind those numbers is much higher than it appears.

In the past, Best Western, Comfort Suites, and Hampton Inn hotels have been used to house illegal migrant invaders. But the Biden administration and its Democrat allies sent 5,000 troops to rest on the floor of a parking garage with only two bathrooms in cold weather.

The Democrats tried to do as little as they could for the troops. Only when photos of soldiers sleeping on the floor in Congress went viral were cots actually provided for them. Then they were banished as an embarrassment, and only when the photos of the parking garage went viral was the order rescinded. Then again, only when photos of rotten food went viral, were there some feeble promises of an investigation, but no one was actually held accountable.

Unlike drug dealers, vagrant junkies, and illegal aliens, the Dems don’t care about the troops.

“The Guard is 90 some-odd-percent male, and only about 20% of white males voted for Biden,” one Democrat House member told CNN “They’re probably not more than 25% of the people that are there protecting us who voted for Biden.

Statistically, amnestied illegal aliens are going to provide much better voting returns than 25%. Why bother providing for Republican voters, when you can provide for Democrats instead?

The $86.9 million illegal alien contract spends an estimated $12,000 per migrant every month.

Even those troops that were staying in hotels were getting $149 hotel rooms. That doesn’t buy you much in Washington D.C. Meanwhile illegal aliens are costing a fantastic $398 a day.

When President Trump brought in the troops to protect the White House from the Black Lives Matter hateful mob, they stayed at the Marriott Marquis for$256 a night. And the illegal alien migrant mobs were staying in Mexico: instead of being dumped in small towns in Texas.

Under Biden, our soldiers get the worst, and the invaders from across the border get the best.

What are the illegal aliens getting for $398 a day? Aside from the digs and the food, there are the social services. It’s their first taste of the generous free welfare system that brought them here. And which they’ll be encouraged to keep voting for, legally or illegally, by the Democrats.

When Bill Clinton took office, there were bumper stickers reading, “There are homeless vets on the street and a draft dodger in the White House.” These days, Joe Biden, who got five draft deferments for asthma despite being a high school and college football player, is in the White House, while soldiers were sent to take breaks outside, and illegal aliens are housed in hotels.

“Would you have tried to do this when Donald Trump was president?” ABC News’ Martha Raddatz asked an illegal alien invader from Brazil.

“Definitely not,” he replied. “We have a chance now.”

“So did you come here because Joe Biden was elected president?” she inquired.

Illegal aliens are a key Democrat demographic. Even when they don’t vote, they prop up the ghost districts that wrongly provide Democrats with legislative seats. It’s why Democrats and their media fought so hard against reforming the census to inquire about citizenship.

Biden and the Democrats know who their supporters are. It’s why they’re fighting for amnesty and it’s why they treat their illegal alien invaders so much better than our soldiers.

The border crisis is not unexpected. It was inevitable.

The Democrats want to pretend that the arrival of the illegal alien mobs caught them by surprise. That’s a lie. And they want to pretend to be helpless in the face of their crisis even while they dump hordes of future Democrats in red states without even giving them a court date.

And when they’re not dumping them in red states in a bid to flip them down the road, they’re spending $12,000 a month to house them, feed them, and take the best possible care of them.

And while millions of Americans had their votes stolen, Biden is giving their votes to illegals.

That’s not just a crime: it’s a declaration of war on America.

Why is Biden spending far more on illegal aliens than on the troops? Because the illegal aliens marching to the border in Biden t-shirts are his real army. They’re the electoral army of a political invasion that is inflicting the will of D.C., Wall Street, and Big Tech on America.

The Democrats built walls in D.C. while shutting them down on the border. A Silicon Curtain has fallen over the free speech of America under the administration of contractors like Amazon and Google. Meanwhile the border between America and the world is as wide open as it gets.

The future of the Democrats isn’t in the small towns and farmlands of America they once claimed. Democrats revile the coal miners and factory workers they promised to defend. They loathe the ordinary working class people and the small business owners who built this country.

In their new Red Dawn, the socialists who imposed a military occupation on Washington D.C. now look to an invasion from south of the border to protect their tyrannical grip on power.

Biden’s army isn’t in Washington D.C. It’s not in any of the forts he’s determined to rename.

It’s coming across the border one vote and $398 a day at a time.

America’s soldiers sleep in the cold while the forces of the Democrat invasion sleep in hotels.