The media is touting Biden’s pick of Robert Santos as historic because he would be the first “census director of color”. Emphasizing the race or ethnicity of Biden’s nominees has become the media’s usual tactic for obscuring their radicalism while accusing their critics of racism.

As a third-generation American whose grandparents came to this country over a century ago, whose parents raised him not to speak Spanish, Santos is hardly an oppressed minority. 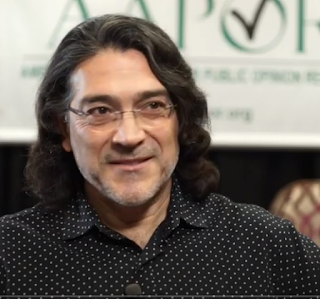 During the census, the media repeatedly trotted Santos out to warn that minorities would be undercounted and that the citizenship question would suppress minority participation.

“If the administration tries to take out undocumented folks, that’s going to lead to lot of litigation,” Santos warned.

“There is no question that in my mind that the citizenship question would deter participation by some parts of the public,” he told NPR.

And for a nominee to head the Census Bureau, Santos has a curious specialty: illegal aliens.

The Urban Institute, where he serves as Vice President, stated that his, “specialty areas include undocumented immigrants and other disadvantaged populations”. Santos’ first publication was for a partnership between the Urban Institute and the National Council of La Raza.

The La Raza report, partly authored by Santos, was titled, “Paying the Price: The Impact of Immigration Raids on America’s Children”. La Raza, meaning The Race. The term is based on La Raza Cosmica, an essay by Jose Vasconcelos, Mexico’s leftist Minister of Education, whose racist obsession with creating a mixed master race led him to eugenics and Nazi Germany.

Vasconcelos believed that mestizos would form a new fifth race that would be superior to Europeans and Africans whom he deemed inferior. While pushing a combined race/ethnicity census question in an interview, Santos said, “When I fill out the census form, I check the Latino-Hispanic-Mexican American box and when it comes to race I mark ‘other’ an insert ‘mestizo’ because that’s how I feel about race and ethnicity.”

Santos got involved in the Raza Unida party when he was in college. The name means, “The Race United”. Its racial nationalism envisioned Aztlan, a new Aztec homeland carved out of America. Its famous chant, “Viva La Raza!” meant “Hail the Race”.

“We have got to eliminate the gringo, and what I mean by that is if the worst comes to worst, we have got to kill him,” Jose Angel Gutierrez, a founder and leader of the racist Raza Unida Party, had declared.

“The Raza Unida party gained some popularity and I was able to meet some of the principals in the city that included poets, musicians, political scientists, activists and so on. I quickly embraced being a Chicano, a Mestizo… I was Raza!” Santos cheerfully recollected his racial awakening. “They were more concerned with building political power and civic engagement.”

Santos then went to college on a Ford Foundation fellowship. The Ford Foundation had been the financial backer behind Gutierrez’s Mexican American Youth Organization (MAYO) and later funded the National Council of La Raza.

The Ford Foundation also provided support to the Urban Institute.

“I was among the last cohorts to benefit from Affirmative Action,” Santos noted. He joined the Association for Critical Social Studies, a radical leftist group whose only surviving mention is a mural that it sponsored entitled, ‘Struggle of the Classes’ by a Mexican Communist artist who had previously drawn pictures of Marx and Lenin.

His career continues to reflect the use of statistics for political goals.

Santos’ publications emphasize claims of discrimination. His policy areas include “immigration and refugees, environmental issues, housing discrimination”. No one was expecting Biden to put forward a moderate, but even his bio makes little effort to present Santos as anything other than an activist on a mission. And activists shouldn’t be in charge of the Census Bureau.

Democrats claimed that President Trump was politicising the census, and now they’ve made it abundantly clear that they intend to politicise it by appointing a specialist in illegal aliens.

When Santos was fear mongering about the census, the media took pains to describe his Urban Institute as “non-partisan”. But it’s financed by the usual slate of lefty non-profit donors like Bill Gates, Mark Zuckerberg, the MacArthur Foundation, the Rockefellers, and Bloomberg’s Everytown. Its political goals, especially when it comes to immigration, are quite familiar, and involved fighting against any effort to reform immigration even through the public charge rule.

The next census is a decade away, but Santos can help shape the statistical priorities of a radical movement that loves the idea of gaining data for its extreme political agendas.

And in Santos they have a political activist with a history of radicalism.

The census is meant to measure the population of the United States, but Robert Santos, like most leftists besotted with identity politics, is only interested in narrow parts of that population.

That alone is reason enough why he doesn’t belong at the head of the Census Bureau.

Santos’ leftist racial nationalism is bad enough. In a lecture, he claims that, “just as Latino young adults embraced the terms Chicano and Mestizo in the 1970s, today’s Latino Millennials are drawn to the term Latinx which is gender neutral.” Latinx is as popular as Mestizo ever was. Few Latinos want to identify themselves through the ideas of radical leftist theorists.

But Santos can’t envision Latino identity except through a leftist paradigm. Latinos, like the United States of America, must be broken and remade into a progressive new form.

Looking at a photo of himself as a child, he can only think, “It’s a Davy Crockett shirt! The same Davy Crockett that helped take Texas away from my Mexican ancestors.”

That’s not a man who can take America’s measure. And yet he’s Biden’s choice.

Michael Ingmire: The Hunt Continues and the Feds (Needlessly) Came After Me