Democrats never give up beating a dead horse until it’s lying in pieces in the gutter. Senate Democrats are back to demanding that the FBI investigate Justice Kavanaugh’s high school years, and the Biden admin is rebooting the Russia hoax to protect Hunter and the Big Guy. 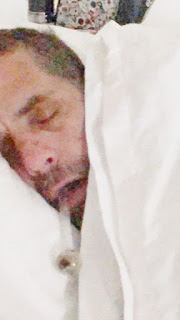 Director of National Intelligence Avril Haines presided over the release of the latest report, which claims to offer an intelligence analysis, but reads like a synthesis of Biden campaign talking points, right down to its absurd insistence that, Putin was helping Trump because he “probably also considers President Biden more apt to echo the idea of American Exceptionalism.”

Finally we’re getting an intel product that makes the Steele dossier seem credible.

The intelligence analysis also claims that the Hunter Biden thing is a Russian smear and that while the Russians tried to interfere in the election, nothing they did changed the outcome.

But Haines isn’t an intelligence professional. She’s an Obama lawyer who was brought in to politicize intelligence at the CIA and then as a legal adviser to the National Security Council.

“To safeguard the integrity of our intelligence community, the DNI must insist that, when it comes to intelligence, there is simply no place for politics ever,” Haines had told the Senate.

But that was her confirmation hearing. This is the reality of the job that she was picked to do.

“Foreign Threats to the 2020 US Federal Elections” is a stew of Democrat leftover talking points which never veers from its political agenda even if the result is self-contradictory gibberish.

The report’s first judgement insists that no “technical aspect of the voting process” was altered, while its second judgement contends that Putin authorized “influence operations aimed at denigrating President Biden’s candidacy and the Democratic Party, supporting President Trump”, but then backtracks to clarify that “unlike in 2016, we did not see persistent Russian cyber efforts to gain access to election infrastructure.”

If Putin wanted President Trump to win and Biden to lose, why didn’t he hack the election? If he could do it in 2016, why couldn’t he do it in 2020? Did he develop carpal tunnel syndrome?

Before the election, Democrats had insisted that Russia would redouble its efforts to help Trump, and hack the election, but now they argue that Putin tried to help Trump, but stopped short of interfering with the results. There’s no consistency here as an intelligence analysis, but it’s entirely consistent with the political agendas of Democrat talking points which simultaneously seek to silence any suspicions about the election, and yet continue pushing their Russia hoax.

There’s more evidence that Freemason UFOs are terrorizing kangaroos in the outback than that any Democrat, let alone Biden, believes that America is the greatest country in the world.

Obama, Biden’s old boss, had argued that every country believes it’s exceptional. Biden’s pick for Secretary of State has announced that America First would no longer guide our foreign policy. Biden’s response to 9/11 was proposing to send a $200 million check to Iran.

There was a guy on the ticket running on Make America Great Again. His name wasn’t Biden.

But the report argues that Moscow “placed increasing emphasis on undermining the candidate it saw as most detrimental to its global interests.”

The Russians had been pleading with President Trump to extend their scam arms accord, which allowed the Russians to cheat while restricting our weapons programs, for at least a year. Trump turned them down, while Biden offered a 5-year extension with no preconditions.

And that was before the election.

The Biden intel report convolutedly tries to explain the arms accord by arguing that “Russian leaders preferred that former President Trump win reelection despite perceiving some of his administrations’ policies as anti-Russia.”

The Biden intel report isn’t operating in the real world. Instead it’s an attempt at rebooting the Russia smear to cover up the Hunter Biden scandal. And so the Biden report pushes claims that the Hunter Biden scandal is a Russian plot. Even though it’s the FBI that’s investigating him which must mean that it’s another arm of Moscow along with Hunter’s old business partners.

The report claims that the Russians not only “published disparaging content about President Biden, his family”, including, “stories centered on his son”, but they also tried to convince “left-leaning” voters that both Biden and Trump were just as bad.

Take the China section which claims that the People’s Republic of China believed that Biden would “pose a greater challenge over the long run because he would be more successful in mobilizing a global alliance against China and criticising China’s human rights.”

Any intelligence analyst worth his salt knows that Beijing lives in terror of someone criticising its human rights record. Just ask the tank guys in Tiananmen Square. Or the Chinese thugs beating up protesters in Hong Kong. And San Francisco. Not to mention Cornell University.

Xi is probably shaking in his boots because Biden might criticise his human rights record.

Before the election, Facebook and Twitter had unilaterally censored stories about Hunter Biden by falsely labeling them as Russian disinformation. But this censorship was unilateral and had no backing from intelligence officials. Now Big Tech will have all the backing from D.C. it needs.

“Foreign Threats to the 2020 US Federal Elections” isn’t a report: it’s a smear and a cover-up.

The intelligence report seeks to transform Democrat talking points about Biden and Trump into facts by embedding them into an official government document. That’s yet another fundamental abuse of national security by the leftovers of the Obama administration who did more to abuse national security in 8 years than the entire national security industry had ever done on its own.

And it’s a warning that the politicisation and abuse of national security is the new normal again.

Now that “Foreign Threats to the 2020 US Federal Elections” has labeled stories about Hunter Biden as a Russian conspiracy and a threat to free elections, expect Big Tech to censor them, and the intelligence services to treat anyone researching them as a foreign election threat.

In 2016, the Democrats began claiming that free speech was the greatest threat to free elections. Biden’s intel hacks have built an entire report around that argument.

“Denigrating Biden”, as the report puts it, is a national security threat. And will be treated the way denigrating dictators is handled by the intelligence services of Russia and China.