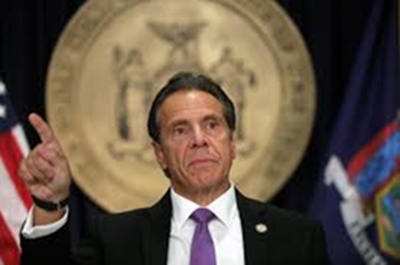 We have always heard the old phrase “follow the money”. And this is true. But there’s another that should go along with it: “Follow the politics”. Because that is what we are seeing with all the falderal over Andrew Cuomo. On the surface we’re seeing all the reports of him abusing women. Every few days brings forth a new accuser (gee this sounds familiar doesn’t it?). It has now escalated to Mayor Blasio calling on Cuomo to resign.

But make no mistake. This has nothing to do with the women involved here. Whether they were truly victimized is totally irrelevant (just like with Trump and Kavanaugh). This is a political operation (i.e. hit job if you will) being executed for reasons we don’t know for sure. But Andrew Cuomo has suddenly become expendable.

I think there are several possibilities why:

So far Cuomo is not backing down. In fact, he’s doubled down on his denials and is blaming the cancel culture for all of this. While he may have a point there, the man has done the same thing to others. So I don’t have any sympathy for him. As I have said before, the cancel culture will come after those on the left as well as the right. If anyone thinks they are safe from it they are deluded. Just ask J.K. Rowling. And Dr. Seuss.

So for what it’s worth, I think the most likely scenario is that Cuomo is being eliminated from the picture for a 2024 run. Or even a 2022 run for Governor (which could then propel him to a Presidential run). But they had a dilemma. They couldn’t use the nursing home scandal. There’s no good optics for senior citizens dying of covid that would excite people, despite the fact Cuomo is complicit. It’s just a generic number. But let some women come forward and claim harassment? Now there’s something that will fire up the radical leftists before you can blink an eye. It is amazing how this strategy works on those folks every single time. It’s like they were puppets or something. And it’s not like these accusations are all of a sudden new to the Democrats. They’ve always been there but just swept under the rug by a dutifully compliant media.

Finally, this process doesn’t have to end with Cuomo’s removal. It looks likely at the moment but the real strategy is for future purposes. Like a shot across the bow not only to Cuomo but also to others. Toe the line or you may find yourself in the same position.

The leftist cabal will destroy their own if and when it becomes necessary in order to maintain the collective (i.e. the State). That should be crystal clear by now. It should scare the daylights out of everyone, not just those of us on the right. Sadly those on the left just keep marching towards total servant hood. By the time they realize it, it’ll be way too late.