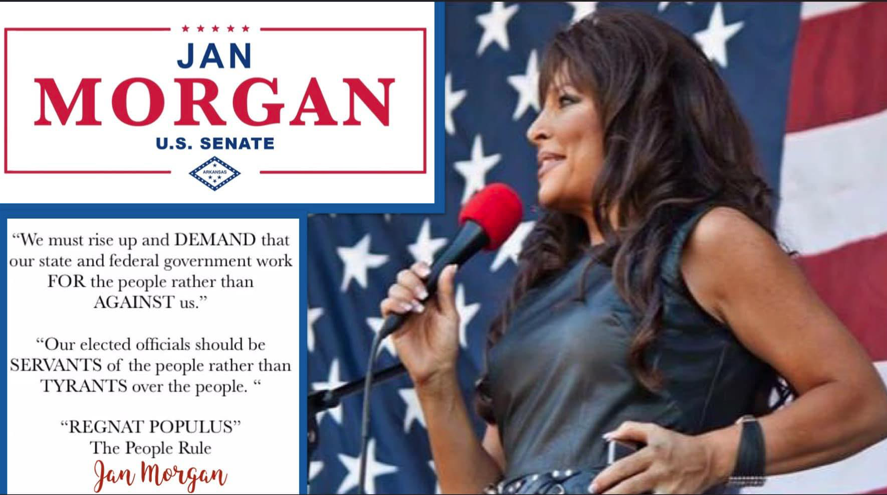 Today I am proud to endorse Jan Morgan as she begins her run for United States Senate in Arkansas.
For years Jan has been fighting for the citizens of Arkansas, doing everything from running for Governor to speaking at her State Capitol on legislative issues involving gun rights and all-things-2nd Amendment. She has been been continuously vocal about all issues on television, radio, and social media for decades.
As we all know, there are simply too many politicians (on both sides of the aisle) who’ve completely forgotten who they work for. It’s time to get back to the basics and elect people who are willing and able to fight for our Constitution. Under the Biden administration, we especially need people willing to stand up for our 2nd Amendment rights like nobody’s business–and one of the first people most of us think of when it comes to that is: Jan Morgan.
Jan wrote the following on her Facebook page about the current Arkansas Senator, John Boozman:
“My US Senator John Boozman gets a FAILING score from multiple conservative outlets for his voting record.
Mark Levin’s Conservative Review gave him an “F”.
If that’s not bad enough, this is a man who:
1) blamed Trump for the illegal actions of citizens at the Capitol on January 6th
And who
2) stood with democrats to accept electoral college votes from states with serious challenges of voter fraud.
He just announced plans to run for re-election and got Trump’s endorsement.
When you can’t run on your record, you have to depend on endorsements from big names and hope people will blindly follow their advice.
I think the people of Arkansas are smarter than that and, I think Boozman needs to be replaced.
You can’t hide from your record, John.
You’ve had 21 years as a career politician to get it right.
You failed in your voting record, you failed the President and the people of Arkansas when we needed you most on the election integrity vote.”

And Ken Crow from Conservative Daily Briefing had this to say about Jan:

Jan is a fierce fighter for “We the People,” and she feels (justifiably so) that Government has grown to a behemoth size and must be reigned in. Jan knows her history, and she knows full well what can and often does happen when a government outgrows its people and seizes too much power. The results are often catastrophic for the citizens.

If Sen. Boozeman thought he was going to coast through the 2022 elections, Jan gave him a major wake-up call on Tuesday when she called him out about one of his recent Instagram posts.
Jan posted: 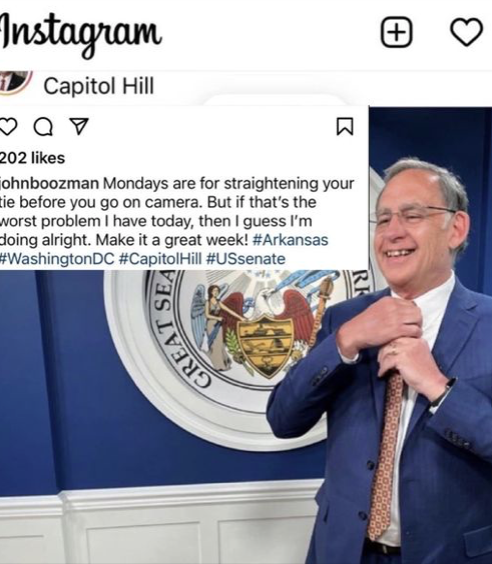 “Arkansas ALERT: Your US Senator just posted on Instagram that “the biggest problem he faces today is a crooked tie. “
Senator John Boozman

1) an enemy invasion at the border,
2) an unconstitutional and unprecedented attack on our gun rights
3) and democrats promoting a communist agenda for our citizens .
( that’s the short list)
You are a US Senator in a position to do something about these republic threatening issues and you think your biggest problem today as a US Senator is a crooked tie?
I’m coming for YOUR JOB.”
So yes, the Arkansas Senate race will certainly be fiery. But as we’ve seen lately, the last thing we need are timid, tepid politicians who don’t seem to understand the basic fundamentals of what “America” is all about: Freedom, Liberty, and Justice for ALL. Jan Morgan will fight for all of those–and more.
Congrats, Jan!
Here’s her official announcement:
Share
Facebook Twitter Pinterest Reddit Share via Email Print

The Cuomo Scandal: Looking Beneath the Surface