See how the faithful city has become a harlot
She once was full of justice;
Righteousness used to dwell in her.
But now murderers!
Your silver has become dross,
Your choice wine is diluted with water.
-Isaiah 1:21-22, NLV 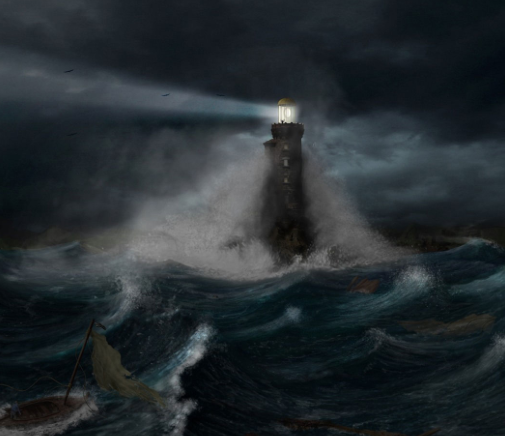 For many of us, 2020 was an intensely challenging year. For my wife and I, it was a year of tornadoes, COVID chaos and the deaths of family members and friends. These were but a few of the troubles that were counted in a difficult year.

Yet, I remain thankful for what was accomplished. My output as a writer, in particular for Politichicks, grew exponentially. Of even greater importance, my faith as a Christian grew and my determination as an American Patriot increased.

It is always easy to maintain our faith when life runs smoothly. The true challenge is to maintain faith when we are facing personal and national storms. Not an easy task.

Our Biblical forefathers are a comfort to me. They are present in my 2021 consciousness. Scripture is not an arcane myth. Scripture is an active principle requiring a daily devotional. Currently, I have been rereading the Book of Isaiah. Parts of it reflect Washington D.C. to me.

Lately, I have been referencing the 2003 film, “Masked and Anonymous,” in my conversations about present day America. An interesting film that was written by Filmmaker Larry Charles and Bob Dylan. Worth seeking out. But it is the title that intrigues me currently. It is an applicable title that I use to describe our current behavior towards each other.

We have become masked and anonymous in our response to each other in the past year plus. People are afraid to say the most basic of hellos to each other. We are islands of isolation. Forced mask mandates act as muzzles to silence any truth.

This psychological warfare exercise has people afraid to comfort or connect with their fellow citizens. We breathe in our own bacteria, diminishing our health. I don’t buy the mortality numbers that have been given to us. We seem to have been suckered and continue to be manipulated.

The silver lining behind this China election infection is the seasonal flu has all but disappeared. In addition, now more parents have become involved in their children’s education. They see how our education system has failed to teach children critical thinking skills, but instead has been indoctrinating them to be confused emotional basket cases dependent on big government.

Why did the health officials change their position on wearing a mask to stop the spread of this virus? It was not because controlled scientific studies showed that these masks are effective. The mask mandates are just another tool used to force submission to big government control over people’s movements and minds.

Christians need to consider the consequences of this submission to tyranny. Read what it says about wearing veils/masks in the Holy Bible.

I give credence to the states that have loosened COVID restrictions and dropped the use of masks in recent weeks. It demonstrates to me courage in the face of tyranny. The true leaders of these states echo what a great Irish Poet sang recently:

No more lockdowns, no more government overreach…
No more taking of our freedom
Excerpt, Van Morrison, No More Lockdowns

We have a responsibility as Christians to stand up to the current Rome that is disguised as Washington. The ability to address and resist hypocritical tyranny is a personal definition of a God given right.

When I hear the Poltroon Elect, namely Joe Biden, and the mad Speaker of the House pontificate on what devout Catholics they are, I get ill. It almost makes me want to spew spears of vomit towards the Vatican with it’s Socialist Pope. The Pope would be wise to read the Holy Bible. (Revelation 3:16: So, because you are lukewarm-neither hot nor cold-I am about to spit you in out of my mouth.)

The principles of Jesus have no place in the deceit of D.C. It is a place where the truly active hypocrite resides in ego. The madmen and women of Washington demonstrate no active morality nor any real moral compass. They are like the money changers in the temples in the days of Jesus. A description of faith by a politician is like a car dealer trying to sell a customer a lemon. All hollow, empty and faux.

Looking at it broadly, it is like Washington and the entertainment industry have become partners in crime. The mean, venal, virulent residents of both groups support and feed each other. Being fed by Washington or popular culture is like being fed toxins that shut down all critical thinking. Evil is, what evil does. But evil can and will be beaten. As Christians, we know the devil ultimately loses and badly.

I have written previously about Václav Havel and the Velvet Revolution that toppled Communism in Czechoslovakia in 1989.  Ultimately this was a transition of power from the Soviet Communist structure to Havel, a playwright and dissident, and his supporters taking control of the country.

This transition was not totally without violence though. On November 17, 1989, Soviet-backed riot police quelled a student demonstration in Prague. 1,200 students were arrested and 9 were killed. This was on the 50thanniversary of Germany storming Prague and the Nazi rise to power in Czechoslovakia.

This event led to a series of citizen protests. Over 500,000 citizens gathered in Prague on November 20, 1989. By November 28, the Communist Party Leadership resigned and announced the elimination of the one party state. Two days later the Czechoslovakian Parliament deleted the sections of their Constitution that gave the Soviet Union a monopoly of power.

The point here is that the United States Government has become similarly bloated and corrupt like the Soviet Union was with Czechoslovakia. It is time for a unified protest against the tyranny that is Washington. If we must become soldiers, we should be faith-based soldiers–no atheists in my foxhole, please. What would happen if we had a nationwide strike? What would happen if 75 to 80 million people resisted?

It is time to return to a government structure: Of the people, for the people and by the people. A return to once what was. I call for end to all mask mandates and a return to living without fear.

I began this article with a quote from the Book of Isaiah. I am currently rereading it with an open heart. My favorite version of the Bible is the New Study Bible of the New International Version. As life continues to be an education, I remain a student.

As stated in my study Bible, Isaiah is quite often thought of as the greatest of the writing prophets. The book of Isaiah shows the full dimension of God’s Judgment and his salvation. I find this Book of the Bible to be fascinating and will continue to study and consider it.

Our past pandemic year and the stolen election has wearied us as Christian Patriots. Many of my dear friends are despairing over the outcome. I ask Almighty God to comfort them and others. I pray for discernment as I thirst for a personal relationship with God.

The depravity of Washington/Hollywood today reminds me of the depravity that existed in the times of Isaiah. I give no credence to Government in its current form.  Nor do I lift my eyes to government for anything discernible anytime soon.

Sorry Joe, but your calls for unity are laughable. Your immigration policies have emboldened the drug cartels and human traffickers and are putting innocent children at risk. You cheated to win and have abused your power with unconstitutional mandates. Welcome to China Joe’s Clown World where the clowns control the narrative and silence the truth. As for my family and me we need not the permission of a fool to celebrate the 4th of July or our God-given freedoms in America.

Clare Lopez: The Deep State's Top Man in the Vatican