Global warming, climate change – what’s the next narrative? Community Choice Energy (CCE) or Orange County Power Authority (OCPA) – the great state of Texas and their wind turbine energy project has seemed to identify a giant hole in the climate narrative. In a state where many conservative politicians rejected the science of climate change, somehow Texas ended up leading the way on a “Green Energy”.

How did that happen? Fifteen years ago, the Texas legislature approved what would become a $7 billion plan to support wind energy. The big sell was not that this would be good for the environment; it was that if Texas supported wind power, it would be good for business.

Across the globe, there are frequent and destructive weather disasters that are overwhelming existing U.S. 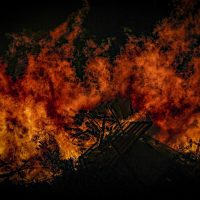 outdated infrastructure. In the U.S. West – California, record-setting wildfires triggered by dry and hot conditions have also forced blackouts when demand for air conditioning surged and pushed the electric grid beyond its limit. Southern California, politicians just like Texas politicians have devised plans to rake in millions of taxpayer dollars on Green Energy designs.

One need not look far to find examples of utilities that have not been as cost-conscious as they should, even with the proper oversight and without greedy politicians, lobbyists, and developers looking to fill war chests for their next campaigns. Consider climate change, which activists and politicians believe should be battled with the same rigor and resources devoted to the pandemic “never let a crisis go to waste”.

Of course, it is also not hard to find examples of local government spending money recklessly as in the state of California and most recently my city of Irvine spending close to $800,000 in exploratory consulting fees for a Community Choice Energy (CCE) proposal deemed necessary by the city council with zero voter approval – more than two years ago proposals were surfacing through “closed session” council meetings and a bank loan of just over $2.5M was put forward before residents even knew what was being planned “behind the orange curtains”.

Taxpayers will likely not see any benefit – there will be an initial cost of approximately $11M which is “the pre-launch costs” paid for by the city of taxpayers for two board seats (with no oversight) “an additional $8 million – $20 million necessary by spring 2022”. The city council determined that they needed 95% of the population in the program; we will be charged a fee to get out of it. So, like it or not you are in.

Last year, appointed councilmember Mike Carroll (RINO) had pilfered $74,000 dollars of taxpayer’s money for his council bid in the November 2020 election for his political mailers. Carroll definitely managed to get his stolen taxpayer money to a council vote that retroactively defrauded and tricked the transfer of those stolen funds easily into the slush fund. Later he commented on his actions, he stated that the funds wouldn’t turn out to be a burden on the taxpayer or squeeze further out of the citizens’ pockets, considering his choice to furlough his staff – essentially firing his staff so he can use their payroll that they would have counted on to feed and house their families during the pandemic.

Carroll also, rather problematically, left a statement hanging in the air, indicating his assent for ‘reform’. He opined that it would be best to alter the existing limits on the council member’s spending and give him or her the liberty to do as deemed fit to suit the ‘needs’ of Irvine’s people tax dollars.

Now, what these needs are and if those determined by councilmembers such as him would be in congruence with the actual ground-reality of wants, is a hazy area. For all the messy cover-ups that we’ve seen in the last few months of 2020, it’d be graver than naivety if we were to believe every word that came out of Carroll’s opinions – these must be looked at with suspicion and distrust he is certainly not deserving of blind acceptance. Carroll’s indication with respect to limits on spending is already gaining support – a slush fund being removed of all murk by a hurried, irresponsible council decision is not what people were looking forward to.

None of this whitewashing takes away the fact that there was a breaking of norms involved in Carroll’s whim-game. Despite there being a rule to gain the entire council’s assent before the staff budget could be used for any other purpose, Carroll went on to do just that. The worst came later in the city’s attempts to let it all remain discreet and veil it from public attention. As was revealed later, it wasn’t just mailers that Carroll sent out – there were automated individual calls too to the people of Irvine.

What more could qualify as deliberate steering of the democratic process through an undesirable trajectory? The inaction from the side of the Council is debilitating, even embarrassing – this daylight diversion of funds is not fitting at all of a person with integrity looking out for the people especially during the silent killer of this COVID-19 pandemic.

As though none of these developments was enough, more taxpayers’ money has now been thrown into a number of companies that are said to offer sustainable modes of energy – all at a price determined by Carroll and his cronies, thanks to the self-initiated appointment that he has flaunted for himself. The need to oversee the program via an unbiased outside eye was struck off the list and board members from the community have been excluded from the premise.

If there has been such a move to ward off scrutiny and point-to-point monitoring, all hints point at something double-crossing. Appointed to the Chairman seat is the disparaged council member Carroll, Mayor Farrah Kahn along with a team of Machiavellian and calculating Mayors of cities in Southern California.

The new CEO of this massive million-dollar energy project was appointed quietly and could possibly be prearranged by Mike Carroll – the infamous Brian Probolsky a marketing pollster and local government hack whose families marketing/polling business for local political candidates may have paved the road. Brian Probolsky has a history of several complaints with his aggressive, dictatorial outbursts and ethics violations. His salary tops $300,000 of taxpayers’ money and like before, benefiting off this new saga of betrayal as well whilst riding on the apparent ‘trust’ of taxpayers, who have been locked up and taken advantage of during this pandemic, only to be outfoxed by their elected officials.

In an interview from 2015 with newsantaana.com, Probolsky said that he had “worked as an entrepreneur” and had “helped found a market data company”.

Could that have been his brother’s company, Probolsky Marketing? Did his family business profit from doing the recent polling/surveys of cities, specifically, Lake Forest as was whispered by certain residents of an Irvine Group? Could it be that the family business, under their business address in Newport Beach, gave $10,000 to the OCGOP Whitaker’s RINOs in 2020, for that “special paid-for seat appointment at the 202004209220087912_000007 PROBOLSKY table”?

His brother, political pollster Adam Probolsky, delivered that generous contribution to the OCGOP before his brother was hired.

From Voice of OC – Orange Countywide Oversight Board of the Auditor-Controller:

Orange County officials have sanctioned an influential OC GOP insider, Brian Probolsky, he was under investigation. According to the source, Probolsky was just sanctioned by the County of Orange for his inappropriate mishandling of taxpayer dollars and had spent months confronting HR investigators about their probe, fighting back while under questioning, and even threatening investigators with political retribution given his posts with county supervisors. Probolsky was in a prime position to make good on political threats made.  His conduct and management style will be worth watching in the months ahead.

Probolsky’s sanctions were the most serious punishment.

The companies and consultants hired by the city are to manage a project which is largely still secretive, the lack of transparency and out-and-about deceit cannot do well for Irvine and Orange County (OC). Mike Carroll, Farrah Kahn, Brian Probolsky, and the OC public servants with no direct accountability whatsoever towards the taxpayers cannot be allowed to go on with their unchecked fantasies of power and profit-mongering.

This must be put to a cease, otherwise, these local governments that are supposed to be acting in the interest of taxpayers, while the fiduciary responsibility usually falls to its shareholders will fail our communities. Whatever regulatory mandates, managerial lapses of judgment. Unethical politicians controlled by (PAC’s, Lobbyists, and special interests groups) launch unlimited money into our elections and open a gateway to unlimited dark money.

Special interest groups with unlimited money to spend takes no time at all figuring out how to spend it anonymously, hence the dark money “tsunami of slime” that has been sloshing through our politics especially here in Southern California – specifically Irvine CA. Anonymous donors hide behind these 501(c) (4) “charitable” organizations and spend money hiding in political campaigns and in “non-political” disinformation and propaganda, with their identities undisclosed—at least to the public.

Today’s power storage is incredibly expensive on a large scale, the U.S. power grid is older and has been very difficult in handling solar and wind, not to mention how absurdly expensive it is. Solar and wind power systems require conventional backups to provide power when they cannot and since the output of solar and wind plants cannot be predicted with high accuracy by forecasts, grid operators have to keep excess reserve running just in case.

Ideally, Community Choice Energy projects (CCE’s) are designed to save communities on their energy costs–they’re typically negotiated at a lower rate than the utility’s rates from the previous year. But that doesn’t mean costs won’t change over time, resulting in higher rates than you would have paid if you had stayed with your utility. In other words, community choice energy can’t guarantee you the discount from buying in bulk it might or might not offset these extra costs. Currently, the program in Orange County is maybe less than 2% after two years. What happens to a breathing machine – once the “Green Energy” glitches?

Whether elected or not, accountability and transparency are a must for officials in any democracy. The day this ceases to exist, there will be no less than anarchy. Such degradation cannot be allowed. Sounds familiar, today more than ever as we see our votes used collectively as a fraud.

Why Leftists Always Hurt The Ones They Love

The Name Game: Where They Pretend It Never Existed After They Take It Away