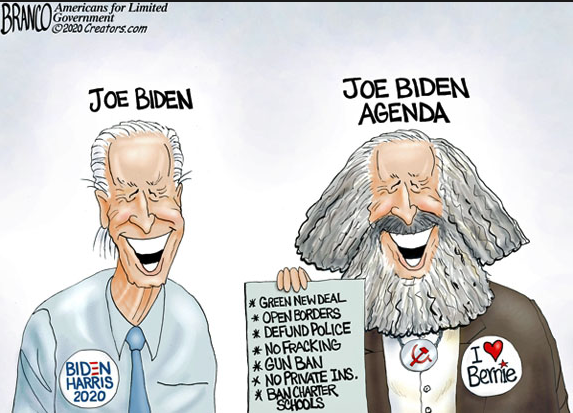 Humanity’s relationship with the truth is often like the abusive spouse who claims to love his wife, but won’t stop beating her. That violence is amplified when it is wielded by ideologues.

Making a mash of Hegel and Marx, Lenin defined truth as that which furthered the Marxist view of class struggle. Untruth was anything that undermined that narrative no matter how much more real it might be.

Marx claimed his philosophy was as scientific as biology and physics. He prophesied it would ultimately be proved true when an inevitable and blissful communist future emerged free of contradiction and conflict to produce unprecedented prosperity and “human emancipation.”

The empirical evidence of one hundred years’ bitter experience and 500 million murdered people put the lie to Marx as scientist and prophet.

But the plain evidence of history hasn’t stopped today’s progressives from combining the pseudo science of Marx with moral indignation to create their own brand of truth divorced from reality.

American progressives not only adopted the Marxist-Leninist view of truth, they extended it to include a narrative about racial inequity. Any evidence of unequal outcomes for Americans of different ethnicities proves systemic racism. Anything that undermines the “truth” of systemic racism is false no matter how true it may appear.

To progressives, the fact that free markets have lifted more people out of poverty than any other economic system in the world is irrelevant. The existence of wealth inequality proves class struggle exacerbated by racism is at the heart of America’s economic system and no other explanation deserves consideration.

They’re channeling their inner Marx who famously quipped that “the charges against Communism from a religious, a philosophical, and, generally, from an ideological standpoint, are not deserving of serious attention.”

Their dysfunctional relationship with truth is how progressives can claim Trump guilty of insurrection, but Maxine Waters, who advocated harassment of Trump supporters and the death of Trump himself, an enlightened advocate for democracy.

It’s also how they justify stripping Rep. Marjorie Taylor Greene from her committee assignments for promoting admittedly wacky conspiracy theories, but justify honoring Rep. Ilhan Omar despite her hateful anti-Semitic contention that America’s support for Israel is “all about the Benjamins, baby.”

The left are fond of criticizing Donald Trump for using hyperbole to promote his own narratives and policy preferences. But Trump didn’t use untruth as a cudgel to violate others’ rights, something progressives are anxious to do these days.

Increasingly, progressives in politics, big-tech, and the media are calling for a crackdown on speech by conservatives. Some academicians have even taken to promoting the appointment of a federal “reality czar” who would be charged with identifying and correcting false thinking and combat conservative “extremism.”

It’s popular among psychologists of a particular worldview to claim that conservatives suffer from an undue fear of government, and, as such, conservatism itself may be a kind of mental disorder.

First of all, if the idea of a government “reality czar” doesn’t scare the bejesus out of you, then maybe the disorder you should be concerned with isn’t conservative’s fear of government, but your own incredulity and lack of fright. Try looking long and hard into the mirror.

Second, maybe the real insanity abides in those who believe a “reality czar” is justified by the political opinions of 74 million of their fellow Americans who disagree with them.

If progressives believe 46.9% of voters who lost the election should be forced to give up their speech rights and personal opinions because 51.3% see things differently, then Trump supporters are the least of America’s problems.

Today’s progressives are fond of the contention that Soviet and Maoist Communism were aberrations and that the real Marxism of Marx has never been tested.

Yet, they’ve bought whole-hog into the Marxist-Leninist view that truth is that which reinforces their own biased narratives no matter their reality deficiencies; and that those who disagree should be marginalized, constrained, and deprogrammed.

Marxism-Leninism is as alive and unwell as ever. So too is its inhumane philosophy of human rights, and its revolt against reality.

Greenfield: Cancel Culture and Affirmative Action are Means of Controlling Access to the Middle Class