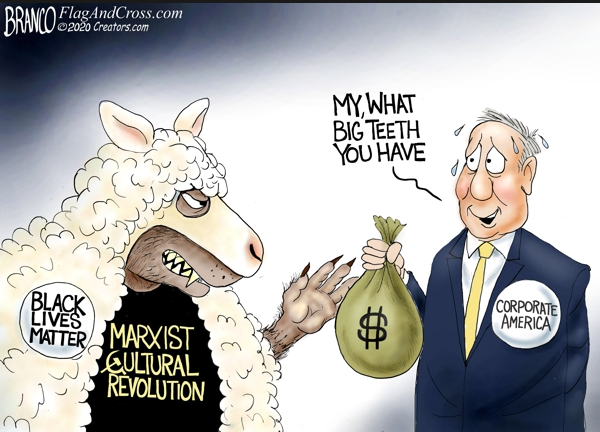 A Gallup poll last fall that tested the views Americans have of various industrial sectors, revealed professional sports had dropped to third worst overall. People’s positive opinion of sports had fallen 15 points – only 30% positive compared with 45% positive a year earlier.

Even worse, those having an unfavorable opinion of professional sports had climbed to 40% – a net minus score of 10 points. That’s a huge shift from a year earlier when it was 45% positive and 25% negative – a net plus of 20 points.

Almost the entire shift from positive to negative was due to Republicans. Their positive rating fell a startlingly 45 net points — from a net positive of 11 points in 2019 to a net negative of 35 points this past fall.

It’s easy to see why. Professional sports made the rather puzzling choice to hate the country that produced immeasurable fame and riches for them, even while their Republican fans were among America’s most ardent supporters.

The anti-American sentiment ran straight from kneeling players who modeled “Power to the People” t-shirts, through the management offices of professional franchises who punished employees when they criticized China’s abuse of human rights, right up to those running national leagues and associations who excoriated inadequately woke franchise owners.

Fans were force-fed a steady diet of “hate America” rhetoric that obliterated the distinction between the truth that black lives matter and the Marxist group, Black Lives Matter.

When it was only the players, it was galling enough. But once management, ESPN, and a wide assortment of corporate sponsors joined in, it became obvious the sports industry was riddled with lefties perfectly happy to insult the Americans who had made them rich and the values those Americans mostly shared.

Given the obvious damage done to professional sports by the radical woke, it’s difficult to understand why major corporations were so quick to clamor on board the hard-left bandwagon.

Republicans moved from 57% satisfied in January of last year, to only 31% satisfied today. That huge 26 point drop in approval can be traced directly back to c-suite leaders whose far-left pandering was seen by Republicans as a repudiation of the values that allowed those corporations to prosper. It was an instant replay of exactly the same betrayal Republicans had seen play out on football fields and basketball courts.

Even presumably more conservative brands got in on the act. Walmart announced they’ll contribute $100 million to create a new center for racial equity. Target is donating $10 million to “advance social justice.” Home Depot is contributing $1 million to the Lawyers’ Committee for Civil Rights.

These and dozens of other big companies didn’t just give directly to groups that hate them like BLM, the NAACP Legal Defense Fund, and the ACLU; they also spent millions on ostentatious advertising campaigns to push leftwing causes.

Lululemon, the maker of $150 yoga pants, made headlines when they denounced capitalism and committed to give $100,000 to the Minneapolis Freedom Fund – an organization that bails rioters and violent criminals out of jail. A huge number of Hollywood celebrities and leftwing politicians joined them including Kamala Harris.

It’s hard to believe the leadership of big companies actually hate capitalism as much as the groups they’re helping fund. Maybe they think they can moderate the radical views of the far left by paying corporate ransom. Or maybe they just think woke virtue pandering will produce more sales.

Whatever their calculation, there’s no evidence any good has come of it. The same Gallup poll that showed Republican discontent with sports and industry also showed no improvement in their standing with Democrats despite spending millions to hype their wokeness.

These days it’s easy for Americans of all persuasions to obsess over the negative. That’s what confronts us daily in our news feeds and our politics. For conservatives, it doesn’t help that radical forces seem to have taken over business – among the institutions we thought most immune.

That’s no doubt why Republicans are increasingly unhappy with politics, society, and government generally. Gallup shows Republican satisfaction with the direction of the country overall has dropped from 41% last January to 11% last month.

Whether center-right Americans stay permanently disenchanted with business depends on where things go from here. Is the current wokeness by big business only a temporary pendulum swing to the hard left, or is it a permanent betrayal of America’s values?

One thing’s certain. If they wanted to build public support against the tide of big government regulation and taxation headed their way from progressives in the Biden-Harris Administration and Congress, they could not have picked a worse time to alienate the conservatives inclined to side with more freedom and less regulation.

If, on the other hand, the new ranks of executives now steering sports and business actually sought the damage they’ve done, and intend further irreparable harm to America’s free-market system, then their timing might well be perfect.

"Show Your Papers" in the USA: The Police State is Coming