On May 31st, a violent Black Lives Matter mob burned American flags, threw bottles at police officers, and started a fire in the historic ‘Church of Presidents’ which had been visited by almost every president. Another building was set on fire, and windows across the area were smashed by the rampaging BLM mob wielding baseball bats, bricks, and even more lethal weapons. 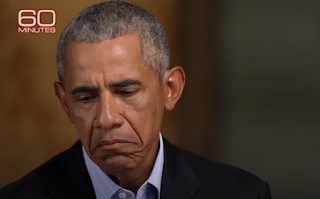 Helicopter footage showed the Washington Monument wreathed in smoke from the fires set by the massive BLM assault on the center of our government. But while the BLMers assaulted numerous buildings, including the Department of Veterans Affairs, and had vandalized historical landmarks, including the Lincoln Memorial, the real target of the radicals was the White House.

60 members of the Secret Service and 150 law enforcement officers in total were eventually injured. As the BLM mob assailed the White House, the Secret Service took President Trump and his family to a bunker: an eventuality meant to deal with terrorist or nuclear attacks.

Black Lives Matter mobs didn’t break through to the White House, but they managed to set the White House guardhouse on fire. Instead of condemning this extremist assault on our nation, Democrats supported the rioters and falsely claimed that law enforcement had assaulted “peaceful protesters” for a “photo op”, and demanded the removal of the National Guard.

Democrats and their media allies sneered at President Trump for retreating to a bunker.

Barack Obama, as the first black man to sit in the White House, a D.C. resident, and the politician who had done the most to bolster the racist and radical BLM movement burning American cities, had the opportunity to put out the fires. Instead he poured on more gasoline.

After the White House attack, Obama delivered a speech at his own foundation’s event which made no mention of the assault on the house he had formerly occupied or the threat of violence to his successor. Obama then spoke to Brittany Packnett Cunningham, described as, “one of the most prominent activists behind the Black Lives Matter movement” whom he had appointed to serve on his Task Force on 21st Century Policing after the Ferguson riots.

Obama began his speech by once again accusing America of racism, which he described as an “original sin”, and praised the mobs terrorizing the country. Instead of condemning the violent attack on the White House, he falsely claimed that the violence was the work of a “tiny minority”.

Then, putting the lie to his false claim, he chatted with Brittany Packnett Cunningham who had previously urged attendees torepeat a chant by domestic terrorist Assata Shakur still wanted by the FBI for her role in the murder of a police officer. Shakur is the icon of BLM and while Democrats accuse Republicans of being domestic terrorists, the movement they embraced is built around one of the FBI’s top ten most wanted terrorists from a violent racist hate group.

The month before, she had tweeted Martin Luther King’s quote about a riot being the “language of the unheard” while appending her own text, “Property damage at protests, 101”.

Not only wasn’t the violence coming from a tiny minority, but Obama’s own event was complicit.

Obama’s speech described the turmoil as “profound as anything that I’ve seen in my lifetime”, and urged that, “at some point, protests start to dwindle in size. And it’s very important for us to take the momentum that has been created… and say, let’s use this to finally have an impact.”

Every American man and woman who had been assaulted, robbed, and threatened by Obama’s mobs felt the impact. The police officers in the hospital, the shopkeepers sifting through the rubble, and the dead in the BLM riots felt the impact. Obama could have stopped the violence, instead his political support for the violent racist BLM terrorists helped keep the riots going.

While in the White House, Obama had helped incite the racist BLM movement.

When the Ferguson riots broke out after Michael Brown robbed a convenience store and assaulted a police officer, Obama and his administration incited violence by spreading false claims without evidence that Brown had been an innocent victim of police racism.

The DOJ attempted to suppress the surveillance video showing Brown’s attack on a minority store clerk, and Democrats refused to stop spreading false claims that he had been murdered.

Obama claimed that “the anger and the emotion that followed his death awakened our nation”.

The BLM racial terrorist movement, backed monetarily by left-wing foundations and corporations, timed its riots to coincidence with election years. These were not mere race riots: they were and are election riots that exploit the shooting of a criminal to help the Democrats.

When Obama and the Democrats fed the racial supremacist agenda of BLM, they were engaging in a campaign of political terror to turn out votes and tilt elections in their favor.

On July 7, 2016, Obama delivered a speech from the Marriott in Warsaw falsely accusing the police of racism against black people. That same day, Micah X. Johnson, who had attended BLM rallies, set out to murder as many white Dallas police officers as he could. He killed 5.

Obama spoke at the funeral of the police officers in defense of the racist hate group that killed them, and continued to incite violence by falsely accusing police officers of “the killing of Alton Sterling of Baton Rouge and Philando Castile of Minnesota” at a funeral for police officers.

Sterling had raped a 14-year-old girl and was shot by police officers after reaching for a gun.

“Even those who dislike the phrase ‘Black Lives Matter,’ surely we should be able to hear the pain of Alton Sterling’s family,” Obama had urged.

Earlier that year, Obama had invited BLM organizers, including Brittany Packnett Cunningham and DeRay Mckesson, as well as Al Sharpton, to the White House. Mckesson had been sued that year by a Baton Rouge police officer who suffered brain trauma and lost teeth after being assaulted by a McKesson organized mob at a BLM protest for child rapist Alton Sterling.

Obama had invited a man accused of having “incited the violence” that crippled a police officer.

The Supreme Court case of Mckesson v. Doe, in which the racist movement was represented by Covington & Burling attorneys, was tossed by the Supreme Court with Justice Thomas, the court’s only black justice dissenting, but it’s already playing a role in the attempt to impeach President Trump over false allegations that he had somehow incited the Capitol riot.

The Democrats would like to continue impeaching President Trump even after he leaves office.

But if a president can be impeached even after he leaves office for supporting protests that turn violent, then Obama’s impeachment should be next. Obama’s long history of supporting Black Lives Matter is a matter of public record. Obama’s defenders will argue that he urged peaceful protests. So did President Trump. It hasn’t stopped Obama’s cronies from impeaching Trump.

The Democrat case against President Trump hinges on using the word, “fight” in his speech.

At Obama’s BLM event at the White House, Brittany Packnett Cunningham had urged, “we have to take the fight everywhere.”

On the campaign trail for Biden in Philadelphia Obama had ranted, “We can’t abandon those protesters who inspired us. We’ve got to channel their activism into action, we can’t just imagine a better future. We’ve got to fight for it.”

A week later, massive riots broke out in Philly that brought out the Pennsylvania National Guard. A curfew was imposed across multiple districts as mobs of thousands rampaged through the streets. Thirty police officers were injured: including a female officer who was hit by a car.

That’s how the “protesters” were fighting for that better future.

The case for impeaching Barack Obama is simple enough. He backed a violent racist hate group. He delivered multiple speeches in support of its extremist cause while falsely claiming that America was racist and that the racist protests were justified. After he used the word “fight” in a speech, devastating riots followed that brought a great American city to its knees.

That’s the same case that the Democrats have made for impeaching President Trump.

Obama abused his office to support a racist hate group. He invited members of the racist hate group to the White House. Including those accused of inciting violence. He used his office to undermine law enforcement efforts to stop the extremist violence. And the end result has been thousands of injuries, numerous deaths, and billions of dollars in damages across America.

Impeaching Obama won’t fix all of that. But it will offer justice to some of BLM’s victims.