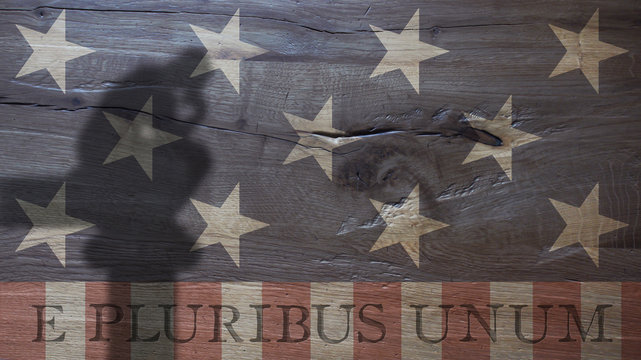 The governor is facing a mounting recall threat, he is finally being held accountable. Governor Gavin Newsom must go! The #RecallGavin2020 campaign is building a grassroots organization with over 80,000 volunteers the people are finally standing up for freedom. Californians have struggled to run their small business because of overregulation and the highest taxes in America.

A small group Orrin Heatlie, Mike Netter,  Dan Seoane, Robin McCrea, Susan Hurd, and Randy Economy. There are so many more that are doing so much work – they are the angels of “WE THE PEOPLE” that are taking the “#Slings&Arrows”.

The #RecallGavin2020 team: “We are troubled by the growing encroachments on the 1st Amendment; our right to speak our minds, to freely assemble, to congregate whether it’s at church or on the beach, go for more than a year. We are troubled by the encroachments on our 2nd Amendment rights, threatening our ability to purchase a firearm to protect ourselves, especially now”. We are ready to take the offensive against the ongoing destruction of our public schools. We have all had it with new laws that make it impossible to hold students or teachers accountable, making many of our schools unsafe.

We also are fed up with the education and the right to control what sort of education (or indoctrination) our child receives. We have no idea how California’s cities, counties, state agencies ever pay off pension debt, or balance their budgets, or stop raising taxes when Gavin Newsom can’t even cut spending to provide benefits to illegal immigrants, benefits that aren’t even offered to work citizens of California”. (https://recallgavin2020.com/ )

Newsom signed a bill SB 29 that will require county election officials to mail absentee ballots to every registered voter for elections held in 2021. The bill passed the legislature by a supermajority vote, allowing it to take effect immediately. The new law would cover the RECALL election if #RECALLGAVIN2020  succeeds in gathering the signatures they need to force Newsom to defend himself by a mid-March deadline. The signatures are close to 2M advocates to get a ballot initiative in California. The campaign’s organizers have until March 10 to collect the required number of signatures. Both Republicans and Democrats alike have attributed the recall’s momentum to the governor’s draconian response to the pandemic that has shut down schools and shuttered many small businesses throughout the state Newsom has faced criticism from both sides over his handling of the pandemic, which has battered California’s economy.

It must be easier for the Democrats to dismiss the public sentiment as a kind of coup and say it’s dug deep into a conspiracy than admit that there have been mistakes on Newsom’s part – tackling it, at the moment, offers a single option and that is of a fresh election. The fact that the rising anti-incumbency feelings amongst the people of California are giving Newsom a hard time and has driven him into a fix, not knowing what to expect, is proof enough for the authenticity of such a movement.

It isn’t just the right-wing and its supporters that are expressing their discontentment with Gavin Newsom’s way of working. His cronyism and political mishaps have done more harm than good that even uttering the word ‘tolerance’ within the political context has become an impossible task for people. It would do well for the Democrats if they, taking a break from the ride of an otherwise successful electoral path, look into what has gone wrong in California. Trying to dart the blame onto other actors is childish, if not utterly dim-witted behavior on their side.

There are some COVID-19 models that the world should follow. And then there are some others which it shouldn’t. Quite expectedly Gavin Newsom and his methods of governance fall in the second category of models.

This has gotten people angered and frustrated with his actions. Perhaps the best exhibition of his unruliness came when the set of precautionary rules that he installed for the state in the wake of the pandemic was broken by the Governor himself. What does one make of a leader who goes against his own decisions? To call it hypocrisy would be to undermine the entire chaotic situation that Newsom has driven millions into.

It’s much more than the single term can describe. You can’t really be fooled to think the other way round when a petition for Newsom’s recall is nearing the 2 Million mark in terms of support – when the people speak in volumes as humongous as this, there are serious issues nibbling away at the Californian political landscape. Now, it is also important to note that these petitions have been individually mailed in, with the people overcoming all physical obstacles and unavailability of means to make the process easier.

The problems did not erupt overnight or after the pandemic. They were there earlier too, but as like all matters, got amplified when crisis struck on a global level and devastatingly affected American lives and the economy. California, during the pandemic, has seen a complete downfall – more than 50,000 people have died and over 3.5 Million positive cases have been identified so far. Of all the states in the country, California’s number of cases is the highest. The abrupt shutdown of social and economic transactions (and an equally abrupt opening up which all adds up to arbitrary rules that Newsom has spun up for the state) had pushed everyone further down the abyss of troubles.

The list of issues that have been debilitating the state is long. The emptying of felons from prisons onto the streets here in Los Angeles, Orange County, and San Francisco has created fear in communities. These felons are being released by politicians with their decrees. … Do we know where they are going? Many of them are getting out of prison now have no plan and neither do their victims. They will take advantage of the pandemic to commit more offenses and in some cases within hours of leaving the jail.

Law enforcement leaders and some district attorneys (not the #RecallGascon) see an intensifying public safety threat posed by the mass releases as well as a trampling of the rights of crime victims. Newsom has created ever-increasing housing prices which have led to unaffordable housing, the inability to make ends meet, and overregulation.

For lower-income communities, the fear is the new apartment building is going to lead to rising rents they can’t afford. For more affluent suburban areas, the fear is that more condos mean more people who will add traffic and ruin the “character” of their communities. and exploding pension debt. In short Newsom’s political attention traverses, when your elected representatives say they want to solve the housing crisis, ask them, “Which one?”  Fraudulent digressions of unemployment benefits to street gangs and prisoners and – these are just a few of these alarming problems facing this State. The most recent of the blunders have been the confusion regarding who would fall into the priority groups for vaccination, now it is being done by equity groups rather than those seniors that will die if infected.

Newsom’s indecisiveness of this extent seems unsuited for someone occupying the Governor’s seat and position. Having reached a tipping point now, the people are certainly not ready to comply anymore and stay neutral about the state of affairs.

If anything, the pandemic has taught everyone that staying content with problematic developments, hoping that there will not be a repetition, eventually leads to a cumulative breakdown of democratic sustenance.

The popular pressure seems to be getting to Newsom now – as he is in a full panic due in part to the remarkable job of a team of people who realized that Californians had enough of this incompetent bungling Governor. The uncertainty and continual power grab from the general public, bad assessments that were made, how things could’ve been better had he kept people’s interests as his sole priority – must be spiraling out of control in his mind, especially after that stunt at the #FrenchLaundry a $15,000 dollar bill at the taxpayer’s expense. While his constituents were confined to their homes – lockdown and put away a dictatorial power manipulated the people.

We the #Patriots are readying for the grassroots movement and this one is championed by the #RecallNewsom organization to fight for our freedom and liberty – E Pluribus Unum.