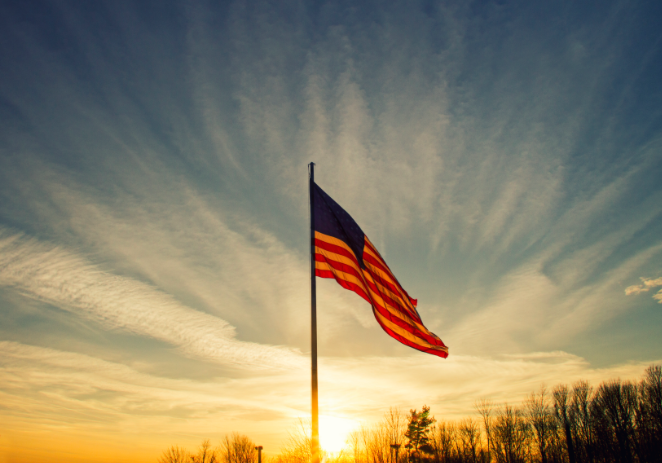 President Donald J Trump is the only President in my lifetime to keep his promises. Trump kept those promises even under direct fire from the Mockingbird Media and a hostile Congress. The level of attacks he experienced has no real comparison in our shared American history.

The lack of veracity and honesty from the Main Stream Media (MSM) started decades ago.  They became enamored of their own egos beginning with Watergate.  It came to full fruition as an openly hostile entity in 2008. The major media outlets now behave like state run propaganda organizations. The MSM have been uniformly unfair to President Trump and his family. Even before the 2016 Election they were disrespectful and dishonest in their reporting in regards to Donald Trump and his character. An honest media now seems like an arcane myth told by an ancient civilization.

I am encouraged by the rise of independent networks like Right Side Broadcasting, One America News Network, and other Citizen Journalism outlets like PolitiChicks. The awareness of our people will be nurtured and encouraged by an unfettered and honest media structure. Too many gullible people, of all ages, have been manipulated by all the spell casters on Tell-Lie-Vision. There is no fair and balanced coverage on any of the cable news networks or major media outlets.

Elementary school children should be taught to think and how to obtain and discern their own consumption of knowledge in the hallowed halls that are called libraries. The formal education system is failing our citizenry.  We need to turn an old statement on its head: The Media is not the message.

No wars were started on President Trump’s watch. For us baby boomers that is the first time in our history. Neither Bush, Carter, Clinton nor Obama can make that claim. Since 2001, we have spent over six trillion dollars on futile wars. Imagine what we could have constructively accomplished with six trillion dollars? For America? Many of our weary soldiers have been returned home to greater respect and care. For those wounded, they returned to a Veterans Medical system that has been greatly improved. I have never seen the American Military garner more respect than they did under the Trump Administration. His respect was sincere and our Military turned their respect towards him.

America was safer on President Trump’s watch. He eliminated ISIS Leader, Abu Bakar al-Bagdadi and his likely successor, Abu Hassan al-Muhajir. Iranian General Qaesem Soleimani, mass murderer, planner of the Benghazi attacks that killed my nephew Sean Smith, Ambassador Stevens, Tyrone Woods & Glen Doherty, was sent to the appropriate dust from whence he came. These nefarious monsters are just three examples of many. Our mutual airspace seems clearer without the sour breath of these terrorists. Our people are safer.

Economically, the Trump Administration was without peer. The lowest unemployment rate in over half a century, 3.5%.  Jobless claims fell to the lowest amount in over 50 years. There were historically low unemployment numbers for our Hispanic and Black citizenry.

The Stock Market garnered record gains on his watch. The onerous, business-killing regulations of the previous administration were sent to the waste bin to which they belonged. Corporate tax rates were reduced and American businesses returned to an America that welcomed job creators.

President Trump kept his promise to look into criminal justice reform and he made great efforts to right the wrongs of previous administrations with The First Step Act. The First Step Act was signed into law during the 115th Congress in December 2018. Many of the grossly unfair sentences that occurred because of the popularly known 1994 Clinton Crime Bill were reduced and overturned by the First Step Act.

Border security became a reality in Trump’s administration. China, Iran and other countries were appropriately called to the carpet. NATO allies started to pay their fair share for protection from the United States. President Trump did more to protect our national parks and the environment than any President in my lifetime. He gave farmers back the right to build a pond and collect rain water to water their livestock. President Trump highlighted the environmental abuses by China and India calling them out for dumping waste into our waterways.

These are but a few of the many accomplishments of the Trump administration. I honestly felt proud that he was our President. Not a wimp nor a liar was he.

If I have any real criticism of the Trump administration, it would be in his handling of the Justice Department. The Justice Department had been co-opted by the criminal presence of the Obama Administration and needed a full cleaning from top to bottom. Both Attorney Generals Jeff Sessions and Bill Barr were weak and inconsequential. As Donald Trump stated, in one of the 2016 debates, Hillary Clinton belonged in jail, as did Barack Obama, Joe Biden and other key figures of the Obama Administration.

Nonetheless, Justice was not dormant during President Trump’s time in office. There were significant appointments to the Circuit Court System. Not to mention three significant Supreme Court appointments. No other administration did as much as he did to shine a spotlight on human trafficking and child abuse. No other President has been nominated for four Noble Peace Prizes for their valiant efforts to broker peace in the Middle East. There has been no other President that has supported Israel with positive actions rather than just hollow promises.

Everyone that voted for this unconstitutional abuse of power should be removed from office.  They all violated their oaths of office to defend the constitution.

It is now clear that both political parties are corrupt and are full of nefarious traitors.  Traitors that are looking forward to the fundamental destruction of the America we know and love.  We cannot let that happen. As concerned citizens, we must not allow the destruction of America from within due to apathy.

Many Americans are wide-awake now.  The Biden Administration is a criminally corrupt and incompetent organization, at best.  The crimes of the Obama-Biden administration were the impetus for the creation of the Tea Party Movement.

As American Patriots, we will not take a knee for tyranny nor bow down to feudal lords that think they are a Congress.  The politicians biggest fear is the day the people of the United States unite and stand up in support of our constitution and God-given rights.  We only have the rights we are willing to fight for. The American people are the ultimate Congress.

President Trump’s lawyers exposed the lies and hypocrisy from the House Impeachment Managers. The world witnessed a clown show put on by delusional haters that are blind to any facts or the truth. Trump did not divide this country. Trump was elected because this country was so divided, in 2016, by communist propaganda and crooked politicians.

The 2020 Election has been a coup disguised as an election. Over 75 million Americans were the victims of a fraudulent, unconstitutional process and we witnessed the fraud as it occurred live on all major networks. President Trump was winning in a landslide and suddenly the vote counting was shutdown. Behind closed doors votes were switched and thousands of ballots were magically counted giving Biden the lead.

In many swing states there were hearings with eyewitnesses describing the massive election fraud. The mockingbird news networks and a liberal court system have ignored all the witnesses’ testimonies. President Trump is still our legal President and hopefully this truth will prevail.

Joe Biden is a 47-year exercise in public mediocrity. I would have to embrace an uncomfortable level of abject stupidity to consider Biden a duly elected President. By nature and practice, Biden is fundamentally dishonest. He was already breaking campaign promises a mere few hours into his fraudulent administration.  In addition, his lack of clear & cognitive thinking is worrying to me: Biden should not be President, he is unhealthy in spirit, mind and body. It is dangerous to our country for Joe Biden to be President. Or for that matter, Kamala Harris.

President Trump exposed the corruption in both political parties. He is the people’s President that continues to be a strong voice for the truth. President Trump is a winner and we are not tired of winning.