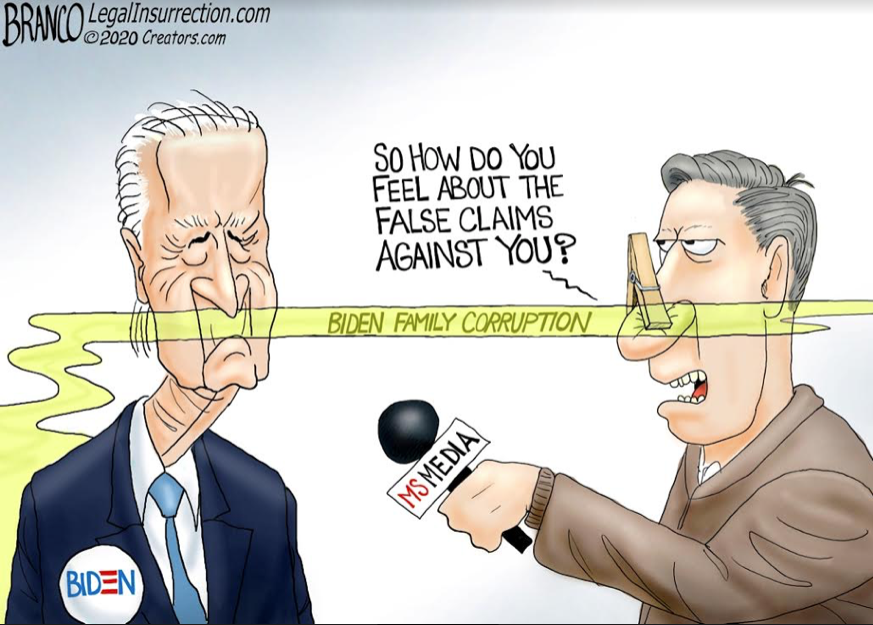 During the four years in which Donald Trump was President, I often heard people say, “He’s not my President.” Although there is very little that I can agree with, given a Biden presidency, he ismy President. And that’s what worries me.

From where I sit, Joe Biden didn’t win the Presidency by sitting in his basement, but rather, Donald Trump lost the Presidency; in no small part due to the continual onslaught of a liberal media, and sadly, by Trump being Trump. Trump’s policy successes are there for any ‘intellectually curious’ person to examine, and with the election well over, Joe Biden is now President. What can we expect?

I have opined that Joe Biden is weak; I’ve even categorized him as a Trojan horse. The Socialists in the Democratic Party have jumped aboard, and many of the rank-and-file Democrats are going along for the ride.  Yet, it’s not only his perceived weakness that concerns me, but the fact that on foreign policy, Biden’s been wrong…continually. However, don’t take my word for it, as former Defense Secretary Robert Gates said in 2014, “Biden has been wrong about nearly every foreign policy issue over four decades.” But that’s not my only worry.

Democrats are clamoring to overturn the Filibuster rule. If done, that will make it possible for a Democratic Senate to pass most anything with a simple majority.  But, I am not so sure that’s a trigger Democrats are going to pull; with the use of simple ‘budget reconciliation,’ there’s lots of damage to be done. How do you feel about bail-outs to states that have been poorly run for decades under Democratic leadership?  Do you favor hiking taxes by almost $4 Trillion?  With Medicare having an unfunded liability in excess of $50 Trillion, do you favor reducing the eligibility to age 60? And what about effectively abolishing the debt ceiling, so any party can have free rein?  Are you in favor of forgiving most student debt? And get this one; do you think housing is a human right? The $4 Trillion tax hike over 10 years wouldn’t begin to make a dent in the attendant costs of the above programs. That’s what worries me.

On foreign policy, Biden is going to get significant external pressure to dismiss most of Trump’s foreign policy. That would be a huge mistake. One of the first items Biden might do is to rejoin the Paris Climate Accord. To those who favor this move, I ask, “Do you even understand what the ramifications are to the U.S., should Biden rejoin? The Accord is essentially a plan to get America to pay for all of the Globalist’s pet projects. It’s a transfer of wealth. It’s a ‘best effort’ attempt to reduce global carbon emissions. Yet, there is no mechanism or burden for countries, e.g. China and India to be compliant. In fact, China currently has over 100 coal plants being built. Given that the Accord has no force of law or effect, it is sheer ignorance to think that the U.S. sending money to the world is going to reduce world temperatures.

Communist China is probably the most serious threat to America. It’s no secret that their intention is to surpass America as the world’s largest and best economy. China actually surpassed the U.S. in various categories of military hardware.  That is why Trump pursued America’s military build-up and tried to punish Chinese companies for stealing U.S. secrets. Yet, it was Joe Biden, who was Obama’s point-man to China, when China claimed the South China Sea. Nikki Haley recently wrote in an article that “China feeds on American openness like a parasite, using it to strengthen itself.” The right course would be a continuation of Trump’s policies toward China. Biden will face a challenge as to China’s attempt to dominate Taiwan, and destroy their freedom, as China has done in Hong Kong. Showing weakness with China is telegraphing weakness to our allies and enemies. That worries me.

The original Iran Nuclear Deal, inarguably, was one of the worst diplomatic blunders of the Obama era. While Iran only had a one-year break out period in which a nuclear weapon could be obtained, ostensibly the deal was a direct path, over time, for Iran to have their own nuclear weapon. Obama wanted the deal so badly, that he released over $150 billion of Iranian assets back to Iran, which they promptly used to foster terrorism. Then secretively, Obama sent $150 million is cash to Iran. The snap-back provisions were a joke, and the most sensitive nuclear site, Fodor, was off limits to inspections.   Biden has already tipped his hand; he is favorable to reinstating the nuclear deal with Iran. Biden is naïve. Trump has imposed serious sanctions on the Iranian economy, and notwithstanding any promise Iran might make, their track record on promises kept is abysmal. I am not too sure which worries me more, the threat of a nuclear Iran, or the fact that many Americans think that to rejoin the deal bodes well for Israel, and in particular, America.

For decades, the conventional wisdom in dealing with the Middle East was that the Palestinians must be an active participant. Donald Trump changed all of that with the Abraham Accords.  Trump recognized early on that trying to include the Palestinians accomplished nothing, as other Presidents have tried, some temporarily successful, but ultimately all failed.  Trump, instinctively, felt that isolating the Palestinians and having Israel normalize relations with other countries would better serve the Middle East and Israel. Trump was right. Israel now has opened diplomatic relations with the UAE, Bahrain, Sudan, and Morocco, and there sits Palestinians, isolated.  As relations with Israel and these countries mature, reciprocal trade will occur, economic bonds should develop, and those Middle East nations that become allies or friendly toward Israel will create a block of countries which will perpetuate peace, and yes, some prosperity.  Yet, Biden wants to fully recognize the Palestinians, and in fact, resume aid.  Also, Biden has been on the record as a critic of Israeli settlements on the West Bank. Yes, I am worried that Biden will undo what has been accomplished, and in the end, the Palestinians will be embolden, and the Middle East less secure.

Ignorance is defined as a lack of knowledge or information. If nothing I have written is of bother to you, perhaps you are blissfully ignorant. Hopefully, you have knowledge and information, and like me, are worried.