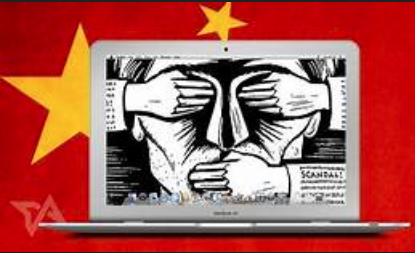 In April of 1917, a democratic government newly installed in Russia entirely eliminated the censorship laws the Czar had enforced under his previous totalitarianism. Russia’s new speech rights didn’t last long. In October of the same year, the Bolsheviks took power through violence and murder and one of their first acts was a return to censorship even harsher than the Czar’s.

Fascist and Nazi socialists in Italy and Germany imposed similar restrictions when they came to power. Likewise Communists in China, Korea, Vietnam, Cuba, Venezuela and scores of other countries.

Everywhere, and every time socialists come to power, one of the very first things they do is squelch people’s ability to express their opinions. Every where. Every time.

Way before Google’s and Amazon’s attack on conservative platform Parler, we’ve witnessed an abrasive intolerance against almost every challenge against leftist dogma.

Conservatives have been banned or ‘disinvited’ by left leaning college administrators for years. Are you an actor or filmmaker who criticizes Hollywood’s leftist proclivities? Welcome to the blacklist. If you’re a conservative author, expect to self-publish, most of America’s publishers aren’t interested.  Facebook has been ‘suspending’ the accounts of conservatives for months. Mainstream news outlets conspired to self-censor and universally failed to cover reports that Hunter Biden was being investigated for corruption and malfeasance.

Now, Parler, a billion dollar conservative competitor to Twitter with millions of American users has been put out of business by the tech monopolies. Why? Their stated reason is that Parler wasn’t doing enough to squelch disagreeable speech. The truth is more revealing.

The tech monopolies had to silence Parler. The left-oriented big tech companies stood to lose millions of users who were fleeing in increasing numbers for the conservative alternative that wasn’t censoring free expression.

When it comes to free expression, the left must silence their opponents. Always. There is simply no way they can compete in open debate.

Their ideas don’t work, they never have, and it’s too easy for those who honestly consider history to see the truth of socialism’s utter failure.

And while the left starts with censorship, but they hardly ever stop there. The Bolsheviks lined thousands of people they considered political opponents up against the wall and shot them. The Chinese have done the same, though, more recently they arrest them first. Last week, the Chinese government arrested more than 50 legislators and activists who have spoken against the Communists.

Jack Ma, a billionaire Chinese businessman who had the courage to criticize the Chinese Communist Government has literally disappeared; it’s suspected he’s been incarcerated.

Pelosi and Democrats have announced a second impeachment against Trump. What is his crime? Trump told his supporters to march peaceably to the capitol.

Did he say we have to “fight?” Sure, what politician doesn’t say that? Did he suggest to his supporters they riot? He absolutely did NOT.

Here’s what Trump actually said, “We’re going to walk down to the Capitol, and we’re going to cheer on our brave senators, and congressmen and women.”

Then, Trump said this, “We have come to demand that Congress do the right thing and only count the electors who have been lawfully slated, lawfully slated. I know that everyone here will soon be marching over to the Capitol building to peacefully and patriotically make your voices heard.”

Impeachable? Only to the unhinged. Worthy of censor? Well, yes, of course, if you’re a leftist who can’t tolerate opposition.

The new impeachment initiative isn’t going anywhere. It’s intended only to embarrass Republicans who oppose it and add a future talking point to Democrat contentions that Trump supporters are even worse than the antifa and BLM rioters America suffered last year. Yes, the riots in our capitol were indefensible. Unlike Democrats who made excuses for the riots last year, no Republican even tried to defend the riot at our capitol last week.

But expect Democrats to claim the “Trump riot” that lasted about 100 minutes was proof that conservatives are as bad as the left who rioted for more than 100 days. Were it not for the tragic deaths of a police officer and an Iraq veteran, the “Trump riot” would resemble more an unruly frat party than the riots by the left last year. Those cost billions in property damage and assaulted or murdered dozens of people — police and protesters alike.

Progressives, though, have no choice but to vilify Trump and his supporters no matter how unjust or how much it divides. Democrats are the party that hates Trump, it’s in their DNA. It’s the only thing they’ve got to show for the last 4 years.

Expect it to get worse over the next four. Despite all their talk of bringing America together, they only want unity if it means uniting behind their leftist agenda.

And if you argue, expect censor. Or worse.

Tony Marsh owns an agency specializing in strategic communications for companies, associations, and political campaigns. Marsh has worked to elect free-market, center-right candidates in 46 U.S. states and 14 other countries worldwide. His email is [email protected]m