In just one month, Obama’s former acting solicitor general argued in defense of Nestle in a child slave labor case before the Supreme Court, Apple and Nike lobbied against a slave labor bill, Apple and Amazon were caught using slave labor, and Nestle, Pepsi, Unilever, and even the Girl Scouts were discovered to be using palm oil harvested by children as young as 10 years old in Indonesia. 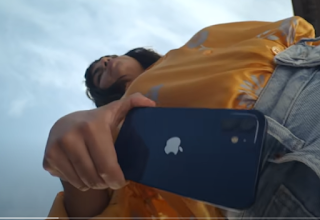 Outsourcing American jobs saves money, not just because the cost of living in lower in Third World countries, but because the use of slave labor and child labor is routine in those parts of the world. The ‘wokest’ companies and conglomerates cheer Black Lives Matter while edging out their competitors by using Third World resources harvested by children, by slaves, and, in some cases, by child slaves.

The ‘woke’ mobs are toppling statues of Washington and Jefferson, and then taking videos of their exploits with phones whose components are produced by slave labor, before binging on snacks produced by child labor, while fiercely denouncing 18th century slavery in the 21st century.

That’s the hypocrisy of the 2021 Project.

The ‘woke’ scrutinize 18th century slavery while paying little attention to 21st century slavery. If they want to understand slavery, they don’t need to waste their time with the revisionist history of the 1619 Project, or the ravings of critical race theory, when all they have to do is check their pockets. Literally.

Clothing made in the Third World is usually made in sweatshops. Even if it’s not, the cotton for it is harvested by child and slave labor in China, which doesn’t see the need to invest in expensive farming equipment when it has a surplus of cheap labor, including its own minority population.

The 1619 Project recirculated the old false claims that slavery was America’s original sin. There was nothing original or American about slavery. And the easiest way to understand that is not just to look at slavery thousands of years ago, but to examine the evil persistence of slavery in the present day.

Slavery came to America because the country was rich in resources and poor in everything else. American trade was built on getting those resources out of the ground and then shipping them to Europe. The premise of colonization was dumping unwanted people in America, finding some even more unwanted people to do the worst of the resource harvesting, buying their resources cheaply, and then selling them finished products at high cost. The American Revolution helped put an end to that.

As America built up its manufacturing base, it had less use for a slave economy. That’s why the British backed the Confederacy in the Civil War, looking to turn back the clock to the old corrupt arrangement. Manufacturing requires more skilled workers and the cheap labor of slaves made way for immigrants. Immigrant labor wasn’t just the secret to the North beating the South economically, but militarily, with new immigrants pouring into the ranks of the North to overwhelm the South with pure manpower.

Segregation, the last vestige of the old slave system, went away in the second half of the century, and so, did the manufacturing, mining and agricultural jobs, leaving behind the descendants of slaves and poor whites in rural areas without agricultural work, and immigrants and the descendants of slaves who had moved to the cities to find factory jobs with little in the way of manufacturing jobs. The ghetto became a permanent phenomenon and upper-class academics took to writing revisionist histories of slavery while enjoying the fruits of slavery which had been conveniently relocated to the Third World.

Slavery never left. That’s why the 2021 Project is much more relevant than the 1619 Project.

The worst slave labor, now as then, involves harvesting resources. Factory work, then as now, requires a higher skilled form of cheap labor. The basic resources on which our products depend, whether it’s cotton, cocoa, or rare earth, are often still extracted and harvested using child labor and slave labor. The factory work that assembles them into phone lenses, sneakers, or snacks depends on forced labor.

The plantations and sweatshops just aren’t located in the United States.

Slavery in America was never really about race. Just as China’s Uighur forced labor or the trafficking in children in Africa aren’t really about race. It’s easier to exploit the labor of poor minorities and then to invent excuses afterward, but the labor is the goal, while the excuses are usually just the cover-up.

Today’s ‘woke’ college student benefits from the slave labor of tens of millions of people around the world without ever being aware of it and doesn’t have to engage in racial justifications to excuse it. Instead, he’s free to chant Black Lives Matter and burn down the few remaining businesses that can still provide a living for the American working class while wearing Nikes and filming with his iPhone.

The grad student destroying working class communities isn’t fighting the legacy of slavery. He is the legacy of slavery. He’s engaging in an extension of the class warfare that decimated agriculture and manufacturing in this country, and with it the working class, while laundering the profits into progressive causes, by carrying the battle against the descendants of factory workers and slaves into the remaining outposts of small business that still allow them to maintain their independence and earn a living.

Today’s plantations are the huge multinational corporations and their familiar brands that responded to the summer of race riots by shouting that Americans must repent of their racism and embrace Black Lives Matter. But urban areas are packed with failed ghettos because those same corporations turned their backs on American workers, many of them black, and went abroad looking for people who would work for less. The riots are the legacy of their abandonment of American labor and manufacturing.

Meanwhile children are working on actual plantations in Africa and Asia to supply the base ingredients for the familiar brands that pack every supermarket and superstore shelf, women are fainting in boiling sweatshops to produce the clothes, and factory workers are locked up behind barbed wire to make the tech toys which the Black Lives Matter movement and its radical antecedents use as a platform.

The 2021 Project is a much more useful reckoning with slavery than the 1619 Project. There’s no better way to understand the dilemmas that consumed our Founding Fathers than to actually try to cut the products of slave labor out of our lives. It’s easy to be self-righteous about a bunch of old dead white men in wigs. It’s a lot harder to dump Amazon, Apple, Nike, Coke, Unilever, and ten thousand other familiar brands, and try to use only products made by free adult workers being paid a fair wage.

The 1619 Project and its accompanying revisionist histories, critical race theory meltdowns, and unconscious bias scoldings have never been anything more than self-righteous cheap shots.

It’s easier to attack Thomas Jefferson’s plantation than it is to let go of your own plantation.

There is no easy answer to the economic imperatives of cheap labor today. Just as there wasn’t an easy answer centuries ago. The Founding Fathers generally agreed that slavery was an evil, but saw no way to disentangle themselves and their country from an economic purgatory, except by building up domestic industries until the country was independent enough that it could shed the curse of slavery.

America succeeded at building up its industries and rid itself of slavery. The rest of the world did not.

And the radicals who claim to be fighting for social justice destroyed the industries that had made us less dependent on slavery and, in doing so, built up slave empires like the People’s Republic of China.

If the leftist radicals want America to reckon with slavery, they can start with the products of slave plantations in their pockets and their fridges, with their phones, their clothes, and their portfolios.

California's Internet Censorship Office is Watching What You Say