The repression will be televised. It will go better with Coke, it will promise to clear up your bad breath and make your toilet shine. It will be in the cloud, it will be digitized and monetized.

It will have a trademark, a brand, and it will be outsourced to the private sector. 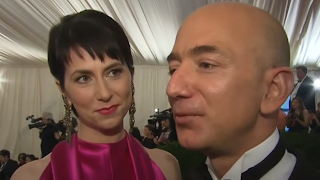 Democrats love public-private partnerships and they outsourced political repression to the private sector. The Constitution has inconvenient things to say about freedom of speech and so the Democrat government of elected and unelected officials outsourced the problem of censoring and suppressing speech to the handful of Big Tech monopolies of the internet.

That same old document written by old white dead men, not to mention centuries of jurisprudence and tradition, prevents the government from kicking down your door in the middle of the night for wrongthink. But nothing keeps corporations from firing you for wrongthink, for being related to someone who committed wrongthink, or for insufficient political correctness.

The public-private partnership between big government and big monopolies is based on Democrats and corporations doing the dirty work of repressing each other’s opponents.

Corporations can’t write regulations that suppress competition from upstart rivals, and so the government steps in and keeps the marketplace under the control of a few cartels. And the government can’t censor, deplatform, fire, bankrupt, and bar its political opponents from speaking, flying, and doing business. But the monopolies it’s been partnering with can and do.

This political Strangers on a Train arrangement goes much more swimmingly because both the government Guy and the corporate Bruno are eager to take care of each other’s dirty business.

Democrats knock off Amazon’s rivals and Amazon knocks off Republicans. The Washington Post, owned by Amazon CEO Bezos, goes after President Trump. Amazon’s AWS takes out Parler and makes it more likely to get back its $10 billion military cloud contract from Biden.

You know, that contract which Amazon thought it had before President Trump took it away.

Big Tech monopolies like Amazon are also government contractors. Microsoft has 6,860 federal subcontracts, Amazon has 477, Google has 384, Facebook has 172, and that’s just in military and law enforcement. And Big Tech employees pour millions into Democrat campaigns.

Not to mention the priceless in-kind contribution of Facebook censoring stories about Hunter Biden’s ties to China and the FBI money laundering investigation right before the election.

The monopolies give Democrats cash and get government contracts worth a thousand times more. The corps suppress Republicans and Democrats suppress their corporate competition.

Everyone makes more money and gets more power.

The public-private totalitarian partnership between a one-party state and oligarchs who carry on its propaganda, enrich its officials, and suppress its enemies is a familiar one in China, Russia, Turkey and other hellholes that the Democrats seem bent on using as models for their utopia.

But it’s not just a simple economic ecosystem. Like the Communists and Nazis of Weimar Germany, socialists and monopolies claim to hate each other while secretly allied together.

Democrats let monopolies take over the internet and by extension much of the economy because they can then run against the abuses of “capitalism” and push socialism. And the monopolies can retort that it’s a choice between them and AOC’s version of socialism.

Like the Communists and Nazis of Weimar Germany whose political polarization convinced the public it had to choose between them even while Hitler and Stalin were privately allied against the liberals and moderates behind the scenes, economic polarization brings together socialists and monopolies to ally against the free market and offer a choice of two unpalatable dystopias.

But you don’t actually have to choose because we get both for the inflated price of one.

Google and AOC join together in jumping up and down on the bleeding corpse of the free market while the dumber sort of Republican pretends that they’re two different sides. (Google employees were AOC’s second-biggest donors. Amazon and Apple were the fourth and fifth.)

Americans get an inept kleptocratic government that’s socialist in all but name and a dystopia of cartels. The hybrid system is destroying jobs and the middle class at a record pace. The socialists tax and regulate to keep the competition down and the monopolies offshore jobs.

Those rights that the government can’t take from you, yet, Google, Amazon, and Facebook will.

The public-private totalitarian nightmare is mediated by the media and non-profits which act as the interface between the government and the cartels. The media and the activists tell tech firms, banks, and superstore whom to ban, which rights to eliminate, and how to virtue signal. The industries fund and own the media outlets and organizations that coordinate their activities.

In the wake of the Capitol riot, these middlemen have come up with wonderful ideas like banning conservatives, cutting off corporate political contributions to conservatives, and firing anyone who questions a massively rigged election, which the corps are implementing.

All of this really got underway once it was clear that Democrats would control the Senate.

Big Business was not about to turn up the machine of political repression to eleven on behalf of the Democrats until it was really sure that they would have sole control of the government.

The public-private partnership for tyranny is a balance of power and of terror.

Democrats keep threatening to break up the monopolies because that gives them direct leverage. They don’t really mean it, but as they radicalize into socialism, they will. And then they’ll nationalize the monopolies, toss the Bill of Rights in the trash, and then they won’t need to outsource repressing political dissidents to corporate middlemen for plausible deniability.

The monopolies need some Republicans around to protect them from the socialists. Just not the kind of Republicans who would be bad for business by breaking up monopolies, bringing jobs back from China, restricting immigration, and rebuilding the economy for the middle class.

And the Democrats need to protect themselves from monopolies so powerful that they can erase their opponents, like President Trump, from the marketplace of ideas, a power so dreadful that it has longtime international foes of Trump in the European Union fearful of this Death Star.

The public-private totalitarian partnership is also a rivalry.

America is being consolidated into a handful of monopolies, not only in the tech industry, but in retail, entertainment, medicine, publishing, household brands, and anything you can think of.

These rising monopolies dominate the economy and are the country’s next biggest power bloc.

The biggest power bloc is government. Not so much the government of the people you vote for, but the massive administrative state which writes its own regulations, has its own politics, and runs most of the country without input from elected officials, let alone little people like you.

Some call it the deep state or the administrative state. A better name is just socialism.

The full scope of the beast encompasses not just the official employees, elected and unelected, but the lobbyists, contractors, public universities, government grant recipients, and operatives who have made D.C.’s bedroom counties into some of the wealthiest places in America.

These two blocs are entwined by class, geography, and economic relationships. And by power.

Their partnership allows them to overcome the legal limits of the current system, one in which Comcast or Google can’t directly legislate, and in which the Democrats can’t directly destroy your life by using each other as middlemen to expand the limits of their power over America.

Only America could recreate Soviet political repression and Maoist culture wars using Target, Disney, and Coca Cola. Your commissar is a diversity consultant at Goodyear, you will be doxxed on Twitter, your life will be destroyed by a paper owned by Amazon’s CEO, and your neighbor will turn you in on an app built into a $1,000 Apple smartphone. Only in America.com.