When the NHS, Britain’s socialized medicine system, debuted its contact tracing app, six million eagerly rushed to download it. After a few days, 10 million had downloaded and installed the app, and after a month, around 40% of smartphone users had put a monitoring device on their phones that would trace their social interactions and could tell them to isolate at any moment.

In October, Governor Cuomo launched a New York contact tracing app based on technology from Google and Apple, and some assistance from Bloomberg’s organization.

“It’s going to not only bring contact tracing to a new level,” Cuomo boasted, while claiming that it wouldn’t violate anyone’s privacy. 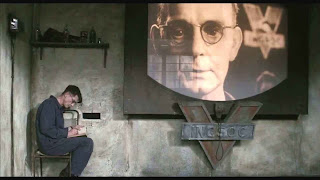 Few New Yorkers seemed to believe him. Despite being available in Spanish, Chinese, Bengali, Korean, Russian, Haitian Creole, and, even more unexpectedly, English, the app hasn’t taken off and Cuomo’s regime has refused to reveal the data that would actually show if it’s tracking positive cases. The lack of data transparency has been the second biggest story about Cuomo’s mismanagement of the pandemic, after the deaths of 11,000 nursing home residents when his administration forced nursing homes to accept infected patients. The numbers are likely higher, but the Cuomo administration, in its typical fashion, is refusing to release the data.

After a month, only 5% of New Yorkers have downloaded Cuomo’s spy app. That’s far short of the 60% that’s needed for contact tracing to work.

Even Europeans haven’t hit that 60% target. Few outside Communist China have.

Apple and Google claimed that they needed at least 15%. Only a few states in America hit that bar and they tend to have small populations that lean leftward. Most Americans have opted out.

Governor Murphy launched his state’s contact tracing app to great fanfare, urging a, “shared sense of personal responsibility to support our contact tracing efforts”. Only 4% of New Jersey residents decided to take up the former Goldman Sachs tycoon on his modest proposal.

Murphy, like Cuomo, had forced nursing homes to accept infected coronavirus patients. Some of the state’s deadliest outbreaks had also taken place in state hospitals for veterans.

“We won’t know who has downloaded the app, who has received notifications and who used symptom check,” Richard (Rachel) Levine, who had taken his mother out of a nursing home and into a hotel, while forcing nursing homes to take in infected patients, assured Pennsylvanians.

Only 4% of Pennsylavanians were convinced. Richard Levine has begun pleading with 13-year-olds to download the app. If there’s anything that’s bound to reassure state residents, it’s a strange man in a blonde wig urging their children to download an app to monitor them.

Contact tracing app adoption in America isn’t likely to get much better even with more time.

Governor Northam rolled out a contact tracing app in Virginia back in August. After half a year, the state has passed Google’s 15% bar with an estimated 19% of smartphone owners having installed the app.

But few people are actually using it.

Only 553 people submitted their positive results out of 100,000 positive tests in the state.

While Democrat governors and their European counterparts have brandished download figures, many people download apps and then uninstall them. Or leave them on and then pay no further attention to them. The actual utilization of contact tracing apps is laughably miniscule.

Virginia’s 800,000 plus downloads figure still only comes out to 553 people submitting results.

That’s why Governor Cuomo in New York and the NHS in the UK refuse to release their impact numbers. Considering the performance of contact tracing apps in Europe, it’s not hard to guess what they’re hiding.

Italy’s Immuni app was downloaded by 14% of the population, but only had 155 positive results submitted in three months. In France, after 2.3 million downloads, only 72 risk contacts were flagged.

A lot of people can be badgered into passively downloading an app, but when it comes time to upload their results and have the system notify everyone they’ve been around, they just as passively choose not to do it and the system fails.

Trust is the biggest factor in the adoption of contact tracing apps. And very few Americans trust Big Tech, the government and its public health experts with tracking their lives and the lives of those around them. The NHS app intends to start asking usersabout their personal lives to “score” their lifestyles for coronavirus risk. It’s easy enough to see this sort of thing as not only a privacy violation, but as an echo of China’s public surveillance and social credit system.

In a socialized medicine system where people are already penalized for their risk factors by being denied access to medical care, leaving them with few options except emigration or death where age or obesity can mean a denial of medical care, and where babies can be killed because saving them is not deemed to be the best use of resources, a “score” isn’t just a score.

Few people want to be denied medical treatment because they failed the social credit system.

Conservatives are the most likely to see the downside of such calculations and the more conservative parts of the United States have the lowest utilization rates of contract tracing apps.

Nevada’s contact tracing app was only downloaded 70,000 times, as of last month, and zero exposures were registered in September. In Wyoming, its app only managed 5,000 downloads.

South Carolina’s legislature banned the use of contact tracing apps by government agencies.

But all of that may be about to change if the Democrats succeed in their plan to place Biden in the White House. Biden’s team is filled with Big Tech lobbyists and strongly favors a national contact tracing app infrastructure. While the Trump administration allowed states to define their own policy, the Democrat plan has been to nationalize the crisis and control the response.

Key to their plans is the creation of a national server that would store information across state lines, and allow national authorities to monitor everyone’s movements even if they leave a state.

Ten states have already moved their codes to Microsoft’s National Key Server maintained for the Association of Public Health Laboratories. Another five are following suit. As of now, virtually every state and area, such as D.C., with a contact tracing app, is on the National Key Server. That includes heavily populated states such as California, New York, and Michigan.

The hodgepodge of apps and approaches will be replaced by one system to rule them all.

Big Tech decided that people were leery of “contact tracing” so they gave it a new name.

Meanwhile, Biden’s people have been coordinating with the Rockefeller Foundation on testing plans.

“Policy makers,” the Rockefeller Foundation had urged, must “allow the infection status of most Americans to be accessed and validated in a few required settings and many voluntary ones.”

Despite that, under President Trump, Americans have still enjoyed an oasis of human rights compared to the brutal restrictions and measures in the rest of the world. Red states were able to choose less restrictive and abusive routes for tackling the pandemic, even while blue states relentlessly violated civil rights under the guise of a public health emergency.

All of that may be coming to an end.

The near future may be a mandatory national app based either on the existing Apple or Google architecture embedded into virtually every smartphone, or, worse, GPS tracking like Norway’s app which was withdrawn after being panned by Amnesty International, linked to the National Key Server, which will serve as a key element of a national pandemic social credit system.

Americans rejected contact tracing, but a Biden administration won’t take no for an answer.

Emery McClendon: It's Time for America to Act Like An Adult