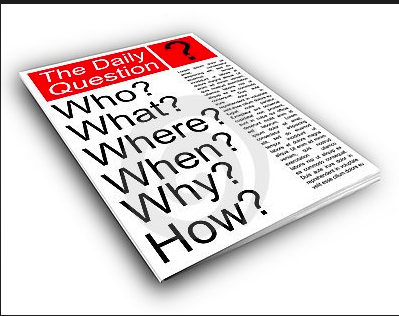 During my undergraduate college years I took journalism to be permitted to write for the school paper. This was the fifties mind you and what I was taught would be deemed old fashioned today. However, it was something I carried over to when I sponsored, as a teacher, a high school newspaper. News stories were to have the five Ws, “Who, What, Where, When and if possible Why.” The why part was not to be the news reporter’s opinion but based on information from others hopefully in the know. The sources of that information were to be identified. Opinion pieces were strictly for feature columns and usually had disclaimers if controversial.

Today we see an entirely different type of journalism in the media, both electronic and print. It didn’t just happen as the trend began in the sixties and seventies. Of course before then there had always been media outlets that reflected views of editors and owners, but there were usually enough differences between competing newspapers and TV news shows that you could sort out what was true or false. Not so easy today if not impossible.

Today the mainstream media seems to act as an arm for the liberal branch of the Democratic Party which is going more socialist by the hour. A classic example was the news reporting on the recent storming of the nation’s Capitol. Ignored was the fact that for the better part of January 6 over 1 million Trump supporters marched in a peaceful demonstration of support for the president and there were songs and prayers. This writer had friends who were involved and there was no violence. Yes, violence came toward the end that was horrible, but the question remains, by whom? Evidence is growing that Antifa and other radical groups infiltrated wearing Trump hats and shirts and trashed all they could get ahold of in that historic building. Frightening, yes. Trump people, no. The news media had ample time to sort this out, but chose not to.

For years the mainstream media has cherry picked what it wanted to for its own ends. This writer was reminded of the sit-ins of the early Seventies when thousands of students stormed administration buildings in universities across the nation refusing to leave unless certain demands were met. For the media this was democracy in action as after all, the Vietnam War and the Draft were evil acts that had to be redressed. This past year both Joe Biden and other Democrat Party leaders, as well as the media, refused to call the anarchy we have seen across the nation for what it was. The taking over of parts of certain cities and the destruction of businesses as well as the fires were seen as expressions of, as Biden called them, peaceful protests.

Now Biden and his minions in the media are calling what happened to our nation’s Capitol building insurrection and criminal and holding not only Republicans involved but President Donald Trump as particularly responsible. Nancy Pilosi and Chuck Schumer called first for the 25th Amendment to be used to remove the president from office and failing that want impeachment. Impeachment when he only has a few days left to serve! Makes this writer suspicious that they fear our president may do something during the last days that would cause the Democratic Party much pain. Like maybe the release of some documents that have not been made public as a couple pundits have predicted. Maybe something on Hunter Biden before his father would take office that would be extremely harmful for the public to know.

We live in dangerous times and if some of the things promised by the Biden/Harris team are carried out our country will suffer grievously. The media to date has given the Democrat Party protection that our founding fathers never could have foreseen. They believed in a free press, but today that seems to be a thing of the past. Just a few power brokers appear to be running things and that has even extended over to much of social media which has been using censorship to a large degree.

To Christians this is more evidence that we are approaching the end times and the things described in Revelation are coming to pass. The day is coming when a cry we once saw in classic films about the news media will happen. “Stop the presses!” Why? Because Jesus is coming.

Greenfield: Hollywood Fights to Free Muggers and Killers - And Lock Up Those Who Steal Their Movies