For any citizen of any country, what is most important is their safety. A sense of feeling protected and free in a place they call their own is absolutely necessary to live, and not merely thrive. Adding to this is a threat of oligarchic tendencies amidst the political players. It does not take additional knowledge to cognize that governance or administration backed by extensions of the corporate end up being extremely biased, in quite a contrast to the public’s opinions and interests.

Every instrument of administration will be steered to suit the whims and fancies of whoever pools in the fund. It then becomes a case of few against many – or a few business interests against the collective interest of the people who vote governments to power. There can only be an anarchic tinge in such situations. Sadly, in many of America’s major states, as in here California we’re seeing a strain of this. 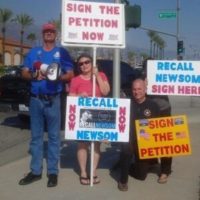 Newsom, District Attorney’s, and Judges, across the United States. In California alone, Soros has spent more than $3M on these races in Sacramento, San Diego, Alameda, Marin, and Contra Costa counties. Recently in 2020 Soros funded more than $2.5 million in George Gascón’s race for Los Angeles District Attorney. The infusion of dark money in these races has created a slow death of our democracy. No longer can we count on the American voter – the influence of money has been used as bait in the exchange for votes, even in our local city governments millions have been spent for Mayors and city council officials in the state of California.

The list of such contributions is pretty long. All for the sake of ringing in reforms so indicates Soros. While the candidates who received the aid may dismiss any talk of Soros trying to unnecessarily influence elections as a mere distraction, there is much that qualifies here as a matter of concern. This influence cannot be overlooked or worse, treated with disbelief. A gradual process, it has unfolded in a manner that eventually enveloped the local legal systems in America. The kind of power that gets a nod via this tunnel of entry is massive and even debilitating for the democratic proceedings of our country. William Barr had pointed out the downfalls of this tendency – there would be violence, beyond our comprehension, likes of which had taken place on January 6th by our own establishment swamp political Feckless Leaders that worked alongside with #ANTIFA.

Now, how might this have escaped the eye of the public? Since the process was gradual and the politicians that Soros started out by backing weren’t really prime candidates as far as the public was concerned, not much attention turned that way. Of course, it is only when something gets slowly unpackaged enough that we actually notice it – and that’s what is happening right now. With the local legal system now reigned over by those with extreme ‘liberal’ support, their ways too are rather liberal.

Installing loopholes that allow rapists, murderers, felons, and all other wrongdoers to get away and immerse themselves in freedom, this renewed system seems to curb society’s way of living in the name of humanistic concerns. If one needs proof of this, they only need to look at what Gascon is doing with his newly attained power in Los Angeles – he has virtually stopped law enforcement. His methods have now made the situation even murkier with an alleged double murderer now looking at possibilities of eligibility for parole. Gascon shows no interest in sentencing enhancements. If all this does not point at antipathy, what else would?

The dire circumstances that California, like in the battleground states with these feckless politicians, finds itself in need of serious tackling. There is a reason why law enforcement has been integrated into governance and administration. It is not something that can be eased to the utmost flexibility. If done so, we are only throwing off the lives of the unprivileged further to the margins.

Governor Gavin Newsom’s donors also include some of the state’s strongest interest groups, as well as famous names from across the country in particular George Soros. He is the leading benefactor of most highly public Democratic candidates. Recently, Gavin Newsom has repaid his “debt” by officially endorsing the newly elected District Attorney Gascon, citing his “track record of getting results,” and saying, November has proven that, “Angelenos had chosen who to turn to as calls to #reimagine our dated system of justice.

Many victims say that the #RECALLGavinNewsom and Gascon could care less about the safety of people, all they care about is promoting this radical social experiment – and both are placing their own political gain above public safety – sound familiar?

Promoting the radical social experiment as Newsom envisions that he can change the future with the 5th largest economy in the nation essentially – #theGreatReset regardless of the safety of their constituents.

Newsom, Cuomo, Whitmer with Soros leads an evil cast of real live globalist villains who are working together to establish a “new world order”. The massive funding of leftist protest movements #ANTIFA #BLM, Democratic Party, and their Open Society Foundations over what Soros and his admirers call “democracy building” undermines the freedoms of the liberal order.

As Newsom chants “of all the simultaneous crises that we face as a state and I’d argue as a nation — for that matter from a global perspective — none is more important, none is more forceful than the issue of the climate crisis,” during a global pandemic? Governor Newsom declares that a “climate change crisis is happening now, impacting California in unprecedented ways, and affecting the health and safety of too many Californians.” Newsom thinks that Californians must accelerate the transition to a carbon-neutral future.

However, Californians feel nothing is more important than the effort to recall this Governor. For their relentless efforts they have reached a milestone of 1 million signatures, organizers announced and expect to reach their goal easily by the Match deadline. Their efforts to recall this Governor should happen by late September. A spokesperson for Newsom says “the campaign by Trump supporters is a waste of money”, as he dined at an opulent restaurant in Napa Valley while telling Californians to stay home.

Really, what about the impact of our pandemic on our economy, and his relentless lockdowns that are impacting our freedoms to live. Thousands of Californians cannot afford to keep a roof over their head or feed their families, healthcare is nonexistent for the commoners – most of the elite and privileged notables received the first of two vaccines, seniors and those with compromised immune systems are still waiting. What’s happening for the millions of Californians who have lost their employment and the quick demise of most small businesses. Newsom has shut down the entire state’s economy multiple times  – the economic devastation wrought by COVID-19 and Newsom’s unconstitutional creation of prison for 33 million people is a flagrant abuse of his power. Newsom has seized on this virus in order to increase his authority by unprecedented lengths, depriving citizens and businesses in California of the fundamental rights protected by our United States Constitution. This is based on politics, Newsom, and other local government officials supporting their campaign donors at the expense of our constitutional rights and liberty.

I have lived in Southern California and watched while ignorant politicians both state and local government turn their cities into corrupt cesspool rot with fraud even in my insulated small town. We have been swindled and deceived, the protection we have been afforded is gone and as we grew so did the deception – we have been cheated and our votes are meaningless and so are our most precious and cherished freedoms.

John McDaniel, The Union.com: Our belief in the individual over the collective, the belief that all are created equal and that our personal outcome is solely based on how hard we work. Opportunity abounds in these United States, for all.

Unfortunately, something was lost in this translation, our liberty!!