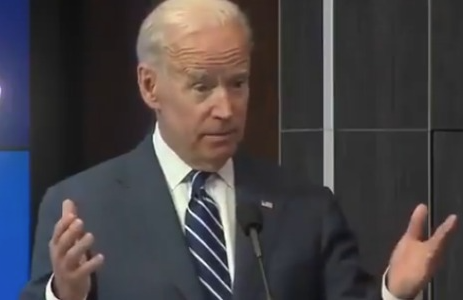 In a knee-jerk reaction to remove anything linked to Donald Trump, newly elected President Biden took out his pen and reversed several rulings that will negatively impact every American citizen.

With a stroke of his pen, Biden cancelled the Keystone pipeline. Result? The loss of over eleven thousand jobs. As his Transportation Secretary and former small-town mayor, Pete Buttigieg contemptuously said, in so many words, “No big deal. Let them find other jobs.”

But when Biden followed up by imposing a moratorium on new oil and gas drilling, including fracking, on federal land, this will effectively wipe out thousands more jobs in key states dependent on the oil industry.

The loss to the American economy will run into billions of dollars in oil and gas exports, higher gas prices to every American household. The loss of so many jobs will impoverish thousands of households.

The resulting rise in unemployment at a time of stringent pandemic lockdowns will clash with yet another of Biden’s blunders.

Biden’s Executive Order to open the southern border permitting tens of thousands, potentially millions, of undocumented and unverified economic migrants from central America to freely enter America at a time of rising unemployment and desperation within America, will inevitably exacerbate the sinking job market and local economies.

While American citizens are being ordered to lose their jobs and to lock themselves into their homes, Biden is opening the southern gates of America and welcoming an unlimited number of undocumented migrants to enter the country in search of cheap jobs and American welfare benefits.

This can only result in an economic crisis of national proportions. Add to this Biden’s order for a $15 minimum wage. Whoever dreamed up that combination of unfolding events clearly does not understand economics or sociology.

Would this minimum wage apply to agricultural labor? How much would that add to America’s food bill?

Has Biden, or his advisers, taken into consideration that the first Americans to be negatively impacted by a tsunami of economic migrants will be the African-Americans and minorities that Biden’s election campaign promised to protect?

These newly imported workers will take the place of American low wage earners in agriculture, the packing and restaurant industries, and other local low wage jobs? It is clear that Biden paid no heed to the inevitable friction that is bound to cause with his ill-conceived Executive Order.

Another consideration ignored by Biden is the impact on the current pandemic by the mass import of thousands of migrants sweeping into America. The juxtaposition of imposing limits to people flying into America in the name of public health and an unbridled and unchecked mass migration arriving on foot through the southern border is dangerously foolhardy.

The result of this blunder will inevitably lead to yet another spike in infections that America can ill afford, plus the potential of friction and a rise in violent crimes.

And the issue of violent crimes brings me to the final Biden blunder.

His pen-stroke that halted the deportation of thousands of criminal illegal immigrants was soaked in the blood of innocent Americans murdered and maimed by criminal immigrants included the notorious MS-13 gang members and drug dealers who have torn a hole in the soul of inner cities and have impacted the lives of their victims.

It raises the question. Why was this such an urgent high priority for President Biden on Day One and during a pandemic?

On its face, Biden seemed to be putting his moral force behind illegal migrants above the interests of American citizens.

And It was horrific to see Biden’s Press Secretary, Jan Psaki, smilingly wave off a critical question by saying, “The wall did not work, even to keep bad actors out.” Wrong!

The Press Secretary lied to the American people.

While they are locked out of their businesses and jobs and into their homes, the criminal migrants within America, already protected by sanctuary cities and liberal judges have received the green light to remain in America and continue their life of crime knowing the threat of deportation has been lifted off their shoulders.

A sociological Biden blunder was his Executive Order forcing sports organizations to accept transgender males into girls and women’s sports. Whereas transgender women are unlikely to impact the top levels of male sports transgender males will be at a physiological advantage at all levels of female sports. As gay men and lesbian athletes continue to try and find their place in sports their efforts to highlight their cause will be dimmed when the controversial participation of trans-males in top level women’s events will be spotlighted in televised domestic and international events, including championships and Olympic Games.

Indeed, the gay and lesbian committees have been at the forefront is voicing their opposition to the intrusion of trans people into gender sports. They feel that trans sportspeople should have their own categories. It is puzzling why the MeToo Movement is not rushing to support the protests of sporting girls and women. They will be forced to do so as this controversial issue continues to develop.

This will be an issue that will bite Biden throughout his presidency. It will highlight what former intelligence analyst, Robert Gates, once said. That Biden has been wrong on almost every issue throughout his political career.

And this was only Day One.