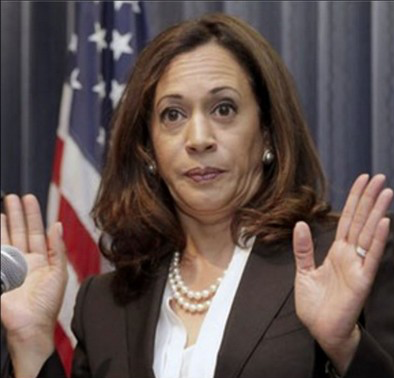 If Kamala Harris had any respect for the long struggle by women to achieve equal rights, she’d resign now as Vice-President elect, before her chance of becoming president by Constitutional succession increases any further.

If she doesn’t resign, there’s a better than even chance she will become president inside the next 4 years. If that happens, it won’t be because she’s elected by her fellow Americans, but because she was appointed by a man as his number 2. That makes all the difference.

I don’t fully understand the preoccupation so many others seem to share for the first black or the first woman president. Or maybe I’m just ahead of my time. I’d have been more than thrilled to see Margaret Thatcher become president of the U.S. following Reagan’s two terms were it at all constitutionally possible. I’d be as happy to see Nikki Haley, Kristi Noem, Liz Cheney, or any of dozens like them elected president.

Equally true, I’d have been very happy at any time over the life of the country for it to have elected a black president so long as that president were closer in worldview to Booker T. Washington, Clarence Thomas, or Condoleezza Rice than to say, Barack Obama.

Likewise, it’d be great to see any number of other firsts: first gay president, first millennial president, first Asian-American president. But whatever the first, I believe it’s more important to most Americans that the president is pro-American, pro-free market, and pro-constitution.

Despite that ideological preference, I was as inspired as anyone else when a mostly white electorate voted for a black candidate. I’ve always found Obama both ungrateful and disingenuous that though he was the first black person ever elected head of state by a majority white country anywhere, he should travel the world accusing that country of systemic racism.

Nevertheless, the thing that made our first black president’s election inspiring was just that, he was elected. If he’d inherited the office from a dead or incapacitated white president, his tenure might still have been historic, but it would not have been so aspirational. We appreciated Obama’s rise because it was about us as much as it was about him.

Likewise, Michelle Obama would not be taken seriously as a candidate for president except that she came to prominence first as wife of Barack.

Nevertheless, were she elected, it would have been an election she had earned, not one bestowed because of her marriage. If all it took was a popular spouse deciding to make a woman president, we conservatives would have been “resisting” President Hillary over the past four years rather than defending “The Donald.”

President Harris, by contrast, will not have earned that distinction. She had her chance and could not muster even one convention delegate in her own party’s primary. She was overwhelmingly rejected, and not because she was out of step ideologically; she joins many in her party as way left of center.

To put the nauseous in ad nauseum, Kamala ranked as most liberal in the entire U.S. Senate, rating even more far-left than that proud Socialist icon, Bernie Sanders.

Also, she was not rejected because she was a woman. Other women candidates for president in this election lasted far longer than Kamala and performed more successfully in state primaries.

Not to put too fine a point on it, but Kamala Harris was rejected by the voters of her own party not for ideological or gender reasons, but for personal reasons: She wasn’t likeable.

Despite that, Kamala is now poised to take over the leadership of the party that rejected her and take on the mantel of first female president. Not for any election she won, but because a man appointed her his running mate.

Which is where we started. If Kamala Harris was the least bit worthy of the honor, she’d give up even the chance it might happen and resign now because she didn’t earn it.

But she won’t, because she’s exactly what the voters in her primaries feared she was. Too ambitious, too unprincipled and too phony — the reasons they didn’t like her and didn’t vote for her.

Should Kamala ascend to the presidency before 2022, those are also the reasons Republicans will regain the majority in the House of Representatives in those elections.  And, whether Biden runs for re-election in 2024 or not, they’ll be a big part of the reason voters elect a Republican president then.