Dr. Greer Gunther, a child and adolescent psychiatrist at Duke University, is the latest target of the ‘cancel culture’ mob, as she has come under fire for attending a Christmas party in a private residence this month.

The party was hosted by a local fitness center and attended by some of its most loyal members. 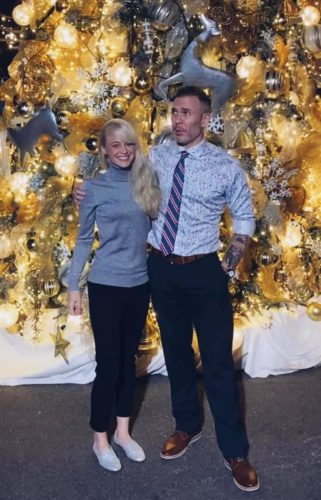 As WRAL-TV reports, at least two dozen people gathered at the party without masks, which violates state and local COVID-19 restrictions. North Carolina currently limits indoor gatherings to 10 people and residents are required to wear masks whenever they’re with those not in their household.

Of course, once the ‘cancel culture’ scrooges got wind that Dr. Gunther was one of the attendees at the private Christmas bash, they flooded her supervisor with messages and emails, demanding that she be fired from her position at the university.

While Duke University has control over the safety of their patients and their property, they have no jurisdiction over their healthcare workers at off-campus events.

Yet, after the mob’s complaints, the university suspended Dr. Gunther without pay and took away her paid sick days.

University officials will also reconvene after the Christmas break to decide what other reprimands will be administered to the psychiatrist for potentially “endangering her patients” by breaking the governor’s edicts and attending the holiday party.

It is also important to note:

A) Since Gunther is a psychiatrist, all of her patient interactions are virtual, not in-person. She hasn’t been in physical proximity to her patients or Duke fellows in several months.

B) Duke employees were encouraged to sign a charter this year, agreeing to Governor Cooper’s covid-19 rules. However, Dr. Gunther was not required to sign it. In fact, she is one of several university doctors that didn’t sign the document.

A beautiful, conservative, and Christian woman working in a university environment, she is certainly no stranger to harassment from leftist bullies. Dr. Gunther, who also has a law degree, is prepared to fight back. She already has gained a significant amount of public support since WRAL-TV published her story. Because freedom-loving Americans are tired of power-hungry tyrants trying to dictate their every move, just as they are tired of the leftist mob censoring those with whom they disagree.