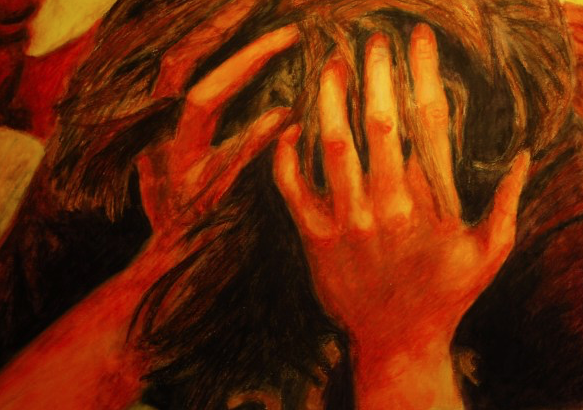 As I sit in my home, depressed almost to the point of suicide, because of the Corona Virus shutdown, I am unemployed, my friends are far away or nonexistent. When I feel blue, I have no one to talk to and no where to go.

Everything I used to do to cope with my life is unavailable. Going to my favorite place to sip some iced tea and grab a little quiet time, can’t do it because of the shutdown. Can’t go shopping without smothering through a mask, which has questionable effect and efficiency.

My dog died in April. The Corona Virus and dog shelters / rescues have picked up a dictatorial attitude like Democratic Governors with copious rules to vet me for my next pet. They want a person to fill out a mortgage like form to be “allowed” to adopt a pet, if you own your own home and have a fenced yard. Later, they will provide the in-home visits. Sweet!

As I sit in the dark and reflect on my life, I must give full credit to the Democrats for the direction and defunction of my career.

So gather around and listen to this cautionary tale…

Once upon a time, there was a career woman in America who worked hard. She worked and went to school at night. Ronald Reagan was in office and jobs were plentiful. She skipped from job to job to raise her salary. Things were good and lasted through both terms of Reagan. George H. W. Bush was a disappointment, but it was something that happens.

Later, an exciting new guy exploded onto the scene. He was young, he played saxophone, he had his strong, feminist wife with him, who said she was not a, “Stand by your man,” kinda woman. (Kind of conflicting talk, as she did nothing but stand by and enable her man as he raped and fondled his way around and around. Anyway, I digress.) 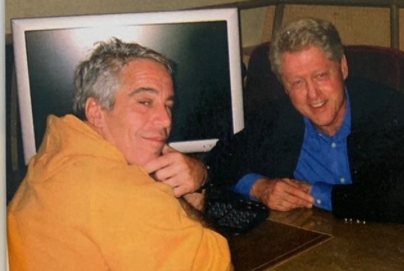 Bill and Hillary, pride of the DNC, were quite the dynamic duo. Their larcenous and personal traits were grotesque enough. See Bill with Jeffrey Epstein (left), and remember when Hillary took White House mementos home with her? The State Department requested their return; Secret Service was sent to fetch them.

Bill Clinton did the following:

I could go on, but there is no need to heap all of the praise on Slick Willy.

George W. Bush, a RINO by any other name (and judging by the 2020 election, is really a Democrat). He got us in costly wars and allowed Henry Paulson to save the rich folks and put the rest of us in the beginning of the Recession. (Paulson had to give a tip to his big old money pals, in case you didn’t know.)

Then, of course, we move onto Barack Obama, Mr. Wonderful. He did zero for the financial health of the average American, but, damn, he could throw some good parties and take some awesome vacations. During his administration, he did many things to ruin health care, apologize for all America’s good deeds to the world, tax and spend, host the lowest job growth and GNP every year.

I lost my three businesses during his reign and had to file bankruptcy. Times got hard and it was great fun when my minor child had to lead me crying from the grocery store because I couldn’t afford to buy food for my family.

I was unemployed twice in 2010. I finally got a job in 2011, at 60 % less than my previous income, and I was relieved to find that position. I lost a house and a car to foreclosure.

All my friends began leaving the city as they could not find a job or make a living. There wasn’t much fun with friends anymore.

I kept working, clawing my way to survive and go forward.

So, all of that was authored by the Dems, but Obama had parties and concerts in the White House every weekend, on our dime.

I fought on, thinking that all that I lost just wasn’t my destiny.

Donald Trump came in and things began to improve, bringing us to 2019. However I didn’t get a raise at all from 2011 to the last day I worked before the Corona Shutdown in 2020.

I shifted my goals and finished my first novel January 2020. I was full of plans to self- publish and promote it. I had book signings and readings scheduled for weekends in 2020. I was looking forward to going from town to town on the weekend for its promotion….then….

Everything shut down, plans dashed again.

You say, how does that equal Democrat culpability?

I refer you to the above: Clinton, China, Obama, and Wuhan Flu. All fall in place like dominos.

Unlike my best friend, who thinks it is all personal against him, I don’t feel that special.

What I do feel sure about is that the welfare of the American People is secondary to the Democrat Party’s primary goals. They want to get Trump out, destroy the Republic as we know it, and regain power.

So, boys and girls, that is my sad tale due to the input of the Democrats. Hope your lives go more smoothly.

The moral of this story? Make wise choices when you vote.

Georgia PolitiChick Candace Hardin Littlejohn lives in Atlanta, Georgia, but grew up in Western North Carolina. She has been greatly influenced in her writing by the culture in the Appalachians. Candace attributes her love of words to her Mother, who taught her to read at four years old. She is the creator and publisher of the literary magazine, Bohemian Renaissance, a magazine designed to launch emerging writers to publication, while providing good literature and art free to the community. Candace is 100% fluent in Spanish and a student of Latin. She loves dogs and spending time with friends and family. Visit Candace's website: http://kandisays.blogspot.com/