Before the coronavirus pandemic, the CDC was too busy fighting racism to do its job. As the vaccine rolls out, the CDC decided to build the vaccine waiting list around affirmative action

Who gets to live or die? Much like in Nazi Germany, it helps to be a member of the right race.

The CDC’s Advisory Committee on Immunization Practices has announced that the priorities for distributing vaccines are to prevent death, preserve society, and help those facing “disparities”, and then maybe, “increase the chance for everyone to enjoy health and well-being.” 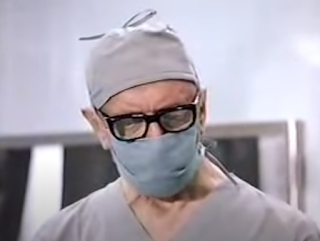 Vaccine distribution is to be guided by four principles, one of which is to fight “health inequities” and another is to “promote justice”. It’s not the CDC’s job to fight for social justice, but to fight viruses. Having failed miserably at its one job, which it chose not to do, it’s instead pursuing racial equity eugenics by tackling “health inequities” for “racial and ethnic minority groups”.

The CDC and NIH had turned to the National Academies to produce A Framework for Equitable Allocation of Vaccine for the Novel Coronavirus which falsely claimed that “COVID-19 illnesses and deaths are strongly associated with race” due to “systemic racism” and that a “vaccine allocation framework” had to reduce these “health inequities” with affirmative action.

The report noted that the “committee anticipates that the criteria will, in practice, tend to give higher priority to lower-income individuals… and Black, Hispanic or Latin, American Indian and Alaska Native, and Native Hawaiian and Pacific Islander communities.”

A government agency had paid for and was making use of a report which would decide who was to live or die based on race and income. And no one was willing to say a word about it.

Tennessee’s Department of Health had already announced that it would be using the National Academies report and intended to dedicate 10% of the vaccines to SVI “vulnerable” areas.

The eugenics strategy of public health had been baked in long before the pandemic with the CDC’s Social Vulnerability Index. SVI was supposed to help rush aid during a natural disaster to those who might need it the most, but SVI added race as a “vulnerability” to create affirmative action disaster relief. During a hurricane, your odds of getting help increased if you were in a minority area. And it decreased if you ranked higher on the SVI because you had more income.

This was bad enough. But now vaccine distribution will be driven by the SVI’s numbers.

At least 26 states are going to be using SVI for the vaccine rollout. Not all of them are planning to use it to decide who gets the vaccine based on their race. Some intend to use it, as originally intended, to spread awareness, but other states are going all in on racial equity eugenics.

Ohio’s vaccination plan indicates that state health authorities will focus on “equity” and will use federal guidance to “ensure equity in distribution” and address “racial and ethnic disparities”.

In Tennessee, “priority will be given to areas in the CDC’s Social Vulnerability Index”.

Minnesota’s vaccine distribution guidelines put promoting justice in second place and warned that vaccine doses will be allowed based on the needs of health care personnel, nursing home residents, and SVI areas. The Minnesota guidelines define “other attributes to be considered in prioritization” as including, “people from certain racial and ethnic minority groups who are

That’s how ‘health equity’ medicalizes minority status and turns it into a medical disability.

States that don’t use the SVI may actually be using even more outrageously racist guidelines. California’s Community Vaccine Advisory Committee began with proposals to have groups that were the victims of “historical injustices” be first in line for the vaccine. The committee consists of medical groups, as well as radical leftist groups like the ACLU, Planned Parenthood, several unions, and assorted minority activist groups. CVAC put “equity” second on its priority list.

Vaccine equity eugenics hit the public eye when a New York Times article quoted Harald Schmidt, a German academic who had worked for Germany’s Ministry of Health and the European Parliament, and acts as an adviser to UNESCO and the World Bank’s Population and Reproductive Health Unit, suggesting that minorities should go ahead of older people.

“Older populations are whiter, ” Dr. Schmidt was quoted as saying. “Society is structured in a way that enables them to live longer. Instead of giving additional health benefits to those who already had more of them, we can start to level the playing field a bit.”.

“Dr. Schmidt” has an MA in Philosophy from the University of Munster, the academic home of one of the most notorious Nazi eugenicists who worked under Mengele, and also boasts a PhD in Health Policy from the London School of Economics.

Like Jill Biden, he’s not a doctor, but that didn’t stop the Journal of the American Medical Association from publishing a paper co-authored by Schmidt titled, “Is It Lawful and Ethical to Prioritize Racial Minorities for COVID-19 Vaccines?” which gamed potential affirmative action eugenic court cases by focusing on factors like “geography, socioeconomic status, and housing density that would favor racial minorities de facto, but not explicitly include race.”

While Schmidt has gotten the bulk of the attention, the paper was also authored by Michelle A. Williams, the dean of Harvard’s T.H. Chan School of Public Health, and Larry Gostin who heads the O’Neill Institute for National and Global Health Law. Schmidt, as well as his co-authors, took part in the Vaccine Allocation and Social Justice event, along with Philadelphia’s Deputy Health Commissioner, a strategic adviser to the Davos-based Coalition for Epidemic Preparedness Initiatives, along with top state health officers from Tennessee, California, and Illinois.

And Nancy McClung: a former nurse who serves on the CDC’s Advisory Committee on Immunization Practices’ Ethical Principles for Allocating Initial Supplies of COVID-19 Vaccine.

The research materials included a paper co-authored by Ezekiel Emanuel, an Obamacare architect and a prominent proponent of triage, who had already co-authored another paper, which had warned that while directly prioritizing race “would likely be ruled unconstitutional”, the better approach would be “considering vulnerabilities that, while possible for people of all races, are commonly produced by racism”.

Finally, Emanuel noted that, “disparities could be further reduced by avoiding prioritization strategies, such as age-based preference, that risk widening racial and socioeconomic disparities.”

The paper co-authored by the man who wrote Why I Hope to Die at 75 was saying the same thing Schmidt had said, but coded in the ambiguous language of public policy. The elderly should not get access to the vaccine earlier because they are on average more likely to be white and wealthy and saving their lives first would widen “racial and socioeconomic disparities”.

A decade after Obamacare opponents were ridiculed for warning about death panels,national and local governments are following triage measures that decide who lives or dies by race.

The CDC evolved and deployed this policy while Republicans were at the helm, and did nothing.

It’s not too late to stop it.

President Trump can clean house at the CDC and take as many of the decisions about vaccine policy out of its hands as possible. Republican governors and legislatures should stop letting the same experts who have botched the pandemic every step of the way use SVI for the vaccine.

Whatever happens this time around, using tools like SVI creates a horrifying legal and medical precedent in which medical treatment gets allocated based on minority status. As socialized medicine digs deeper into medical decision making, this will become the norm.

Beyond the pandemic, waiting for a kidney transplant, hip replacement surgery, or a scarce medication will be determined by medicalizing privilege and treating minority status as an illness in greater need of care and ‘whiteness’ as a sign of health privilege that requires less care.

Affirmative action is merging with death panels to transform equity into triage. If we don’t stop it, it will kill us. Reverting to the worst abuses of segregation will kill our souls and then our bodies.