Google’s YouTube announced that “supporting the integrity” of the election required it to censor anyone alleging that “widespread fraud or errors changed the outcome of a historical U.S. Presidential election”.

By historical presidential election, Google meant this one. Democrats are still free to allege that they would have won in 2000 or 2016, if it hadn’t been for the chads or the Russians. 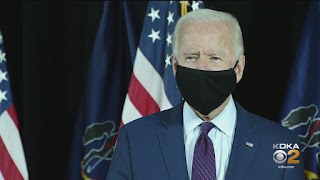 A huge tech monopoly closely tied to the Democrats, which was sued by the Trump administration over its illegal abuses, censoring critics of the Democrat election fraud is protecting and supporting something alright, but that thing is very definitely not integrity.

Election integrity, like fact checking, is one of those curious terms whose meaning was ‘Orwellianized’ in the last decade. Fact checking used to mean media organizations checking their facts before they published a story. Now the media has mostly done away with internal fact checking and uses fact checking to describe its efforts to censor conservative media.

At last count, 72% of Republicans, and 1 in 3 Americans, don’t trust the election results. That means silencing a hundred million people to protect thousands of election workers.

Protecting the integrity of the election means clean voter rolls, voter IDs, and elections that take place under predetermined rules put into place by state legislatures. It does not mean telling critics that pointing out the lack of integrity in the election is a threat to election integrity.

The threat to election integrity is coming from inside the system.

American elections now happen under the grim shadow of networks of organizations that vow to “protect election integrity” by making sure that Americans aren’t “misled” by “disinformation”.

Typical of these is the Election Integrity Partnership, funded in part by billionaire Biden donor Craig Newmark, which predictably claimed that “election disinformation” was coming from Trump supporters. Its list of “repeat offenders with large audiences” consists entirely of Trump supporters. Calling people you disagree with “repeat offenders” is typical of the lefty discourse that criminalizes dissent by describing opposing views as “disinformation” and then an offense.

It’s easy for conservatives to laugh off such corruption, much like Poynter’s Craig Newmark Center for Ethics and Leadership being embedded in the fact checking machine, whose head also doubles as NPR’s public editor, but legally treating lefty views as embodying truth and facts and conservative views as representing disinformation has serious consequences.

Even beyond YouTube and social media censorship in the marketplace of ideas.

The entire election integrity industry whose work involves closely monitoring political speech by ordinary people is operating under the theory that the biggest threat to elections comes from people. The Democrat obsession with Russian bots in the last election was almost wholesome compared to their current obsession, not with bots, Russian or otherwise, but with Americans.

Election integrity now means a stasi-like focus on identifying and punishing public speech. The threat, as in most totalitarian societies, was never really from outside: it was from Americans.

In 2020, Dems mostly ceased pretending that the issue was bots or foreign agents, instead the election integrity industry amplified by the media claimed to be very worried about people sharing “disinformation”. Big tech firms approached the election boasting about their massive effort to stem all the “disinformation” in order to protect the integrity of the election from people.

Our elections are only as free as our ideas are. Any system that doesn’t trust people to debate ideas isn’t about to trust them to actually make the decision about implementing those ideas.

The suppression of questions about the integrity of the election is the best reason to question it.

The highest principle of integrity of process is sticking with the facts and following the rules, but integrity of outcome’s only principle is a cause so righteous that none of the rules matter.

Shifting from process to outcome led to a media that was not just biased, but that has zero regard for the facts or the truth, but insists that it’s right because it has the right principles. This preference for picking the outcome you want and then forcing the process to follow pervaded not just the media, but every political and many of the non-political institutions in American life.

That corrupt willingness to dispense with the rules is why so many question the election.

In the last four years, conservatives have witnessed a string of government officials coming forward to undermine a sitting administration, while others leaked from behind the scenes. Before the election, Democrat state officials in charge of the election vented their hatred for President Trump on social media while promising that a Biden victory was forthcoming.

Now some of those same officials are furious that Republicans are challenging the integrity of the elections they supervised. Guns don’t kill people and elections don’t defraud themselves.

Tech companies and the media have reduced the election to a sacred idea whose integrity may not be challenged, but Republicans aren’t challenging an idea: they’re challenging public officials. And tech companies stepping in to protect “election integrity” are not, at this late date, preventing voters from being “misled”, but protecting the officials they support from scrutiny.

Only unfree societies protect the integrity of public officials from the outrage of the public. And only a corrupt oligarchy selectively intervenes to protect its officials in the name of “integrity”.

Election integrity isn’t achieved by suppressing criticism of election officials. That is how you get corruption. And how conspiracy theories, right or wrong, are spawned on an unprecedented scale. Real integrity comes when public officials are held to a high standard by the public.

Free countries can have contested elections. Unfree ones, by definition, can’t.

Contested elections are healthy things. As long as you contest them the right way. Throwing around accusations of election fraud is as American as apple pie. Even most liberal historians agree that there were at least two “historical” presidential elections, as Google puts it, whose outcomes were corruptly determined. And a number of others were legitimately in dispute.

The unhealthy way to contest elections is accusing the winner of being a Russian spy, and launching investigations of him and his associates based on that smear. That’s how elections are contested in places like, well, Russia. Just make sure to substitute American for Russian.

The oligarchy has spent every minute since the election crying that contesting an election is illegitimate, a threat to what it calls “democracy”, and must be stopped to save our country.

Free countries aren’t that fragile. Unfree ones are very fragile.

Every time you hear another media screed about the threat posed by “disinformation”, you’re hearing an admission that their rule over this country is totalitarian and very fragile. And when you hear them lecture about the need to protect “election integrity” by suppressing critics, you’re hearing an admission that they rig elections whenever they can and are afraid you’ll find out.

Any faction that spends this much time protesting its integrity, doesn’t have any to protest.

Washington’s Green Acres: A Satire About the "Stimulus" Bill