Obese rapists, insane serial killers, and child molesters over 55 years old could be on the loose in your neighbrohood if the Squad’s latest social justice bill becomes law.

The bill to free all the fat criminals, sponsored by Rep. Tlaib, Rep. Lee, and Rep. Pressley, and co-sponsored by Rep. Ocasio-Cortez, Rep. Omar, and eight other Democrats, and endorsed by Black Lives Matter, calls for a mass jailbreak to protect criminals from the coronavirus. 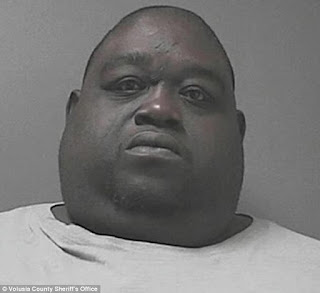 The existing wave of coronavirus criminal releases already helped boost crime rates in major cities with double digit increases in homicides. Robberies have shot up like a rocket with criminals stealing cars and looting businesses while knowing they won’t be jailed.

But that’s not enough for the Squad. They want to free all the criminals. Especially the fat ones.

The Dismantle Mass Incarceration for Public Health Act, introduced by Rep Tlaib, would “require States and units of local government to certify a commitment to release certain individuals from jails and prisons” and their list includes anyone who’s over 55 years old, unhealthy, or obese.

Or as the bill puts it, has been “diagnosed with obesity”.

According to the Department of Health and Human Services, anyone with a body mass index (BMI) of 30.0 qualifies as obese. That means a 5’6 rapist who weighs 187 pounds, a 5’8 mugger who clocks in at 200 pounds, or one of those fabled 6’0 and 225 pound gentle giants specializing in home invasions would all be considered obese and in need of immediate release.

The official obese ranking doesn’t actually mean fat. The criminals that Tlaib, AOC, Omar, Lee, and Pressley want to unleash on communities already swimming in a wave of horrifying crimes are above a recommended healthy height to weight ratio. But maybe a good exercise regimen of muggings, carjackings, and sexual assaults will get them back to their fighting weight.

How many criminals would this actually set loose?

DOJ statistics show that about half of federal and state inmates have some sort of chronic condition: 15% have asthma, 10% have heart problems, and 9% have diabetes. All of these conditions are on the Squad’s jailbreak bill’s release list. With over 2 million prison inmates, if these statistics hold up, between 200,000 to 680,000 criminals could be set loose.

The majority of prisoners, 74%, were overweight, obese, or morbidly obese. Over a quarter hit the obese BMI numbers. That would mean freeing at least half a million fat criminals.

In addition to freeing fat criminals, Squad members also want to free “seniors”. And by “seniors” they mean any criminal who has at least reached the tender age of 55 years old.

The unabomber, the BTK killer, and the Son of Sam, all of whom are still in prison today, and over the age of 55, would qualify. Sadly Charles Manson, Ted Bundy, and Jeffrey Dahmer are no longer alive to take advantage of Tlaib, AOC, and Pressley’s generous offer to free them all.

Even those serial killers who aren’t over 55 could take advantage of the mentally ill clause.

Fat rapists and pedophiles in their fifties are supposedly more at risk from the virus, but why are depressed muggers, anxious con artists, and schizophrenic serial killers more at risk?

This isn’t about saving criminals from an imaginary threat. Socialists like freeing criminals. Stealing private property and terrorizing the public is just socialism by another name.

In addition to freeing all fat criminals, any criminal over the age of 55, and crazy criminals, the Tlaib, Pressley, and Lee bill would also free any criminals who have moderate asthma or diabetes, or can be considered diabled. Since the disabled category covers everything from back injuries to depression to irritable bowel syndrome to dermatitis, that’s a free pass.

Some 30% of criminals in federal and state prisons reported hypertension. That alone would release 600,000 criminals from prison. At this rate a criminal would have to work not to be freed.

The Squad bill also provides for freeing any criminal whom a review board determines is “unlikely to pose a substantial risk of causing bodily injury or using violent force against another individual”. That would cover any inmates who weren’t convicted of physical assault.

And that would free all the thieves, robbers, drug dealers, and looters.

Countless criminals have already been freed under this category to protect them from the virus leading to plenty of violent assaults even though the criminals were said to be low risk. Not to mention massive amounts of robberies, car thefts, and the wave of Black Lives Matter looting.

Even the most modest estimates of the criminal population released would be a million.

How long would AOC, Omar, and Tlaib like the country’s criminals to be roaming the street? The bill would apply until the President declares the “end of the COVID-19 national emergency”.

Americans get two national emergencies for the price of one. If the coronavirus doesn’t get you, the criminals freed by AOC, Omar, Tlaib, Lee, Pressley, and other House Democrats will.

Democrats and their media have spent the duration of the pandemic shouting that prison inmates were most at risk of catching the virus and had to be freed immediately. If they had dedicated a fraction of the same effort to protecting another vulnerable institutionalized population, nursing home residents, the pandemic death toll would be a fraction of what it is.

Instead, New York, California, and other states freed massive numbers of criminals to protect them from the virus, while forcing nursing homes to take in infected patients resulting in the deaths of tens of thousands of nursing home residents. The Democrats who claimed that keeping inmates locked up would be a death sentence, delivered an actual death sentence.

And the Democrats are still shouting we have to save the criminals before they all die.

“This pandemic should not be a death sentence for anyone,” Rep. Tlaib clamored.

“This virus should not be, and doesn’t have to be, a death sentence for incarcerated individuals,” Rep. Lee whined.

Or as CBS News called the 100th federal prison death back in July, a “grim milestone”.

The Los Angeles Times breathlessly reported last month that the 79th prison inmate had died of the virus in California. As of now, the number appears to be up to 88. Another “grim milestone”. 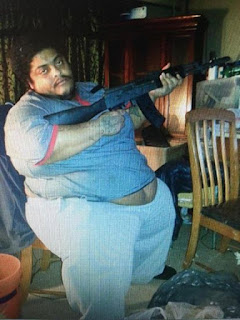 The Chicago Sun Times agonized last month that an 8th inmate had died in the Cook County jail from the virus. That’s a weekend’s worth of shootings in Chiraq by the same cast of criminals that Illinois and Cook County had dumped back on the streets to rob, rape, and kill.

More people get shot in Chicago by criminals in one weekend than the total number of criminals who have died of the virus in custody. Since many of the victims are also criminals, if the Democrats were really concerned about keeping them safe, they would keep them locked up.

Criminals are much less likely to die of coronavirus than of a bullet. Keep them safe behind bars.

The entire prison coronavirus hoax has led to countless people being killed, raped, and robbed by a rampaging population of criminals who were set loose to keep them safe from the virus.

AOC, Tlaib, Omar, and the rest of the gang want to multiply that by ten thousand times.

Murder rates are already doubling in some places. Rep. Alexandria Ocasio Cortez, Rep. Omar, Rep. Tlaib, and other Democrats want to see them increase a thousandfold. Even as some Democrats claim that they want to back away from pro-crime policies like police defunding, plenty of Democrats, not just the Squad, are happy to propose freeing a million criminals.

And that’s not going to change until Republicans actually tell the public what’s at stake.

Greenfield: Managing People is a Lot Easier Than Managing a Virus