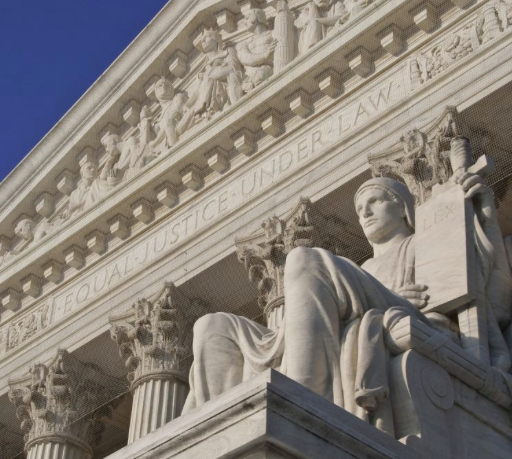 If nothing else, the 2020 Presidential election has proven that our electoral system is terribly flawed. Hundreds of thousands of ballots being delivered in the middle of the night…all for Biden. Republican poll watchers being denied access to observing votes. Dead people voting by the thousands. Video showing tons of ballots being brought from under the table after everyone went home due to a non-existent water pipe burst. Ton of ballots being brought across state lines. Whatever forces that have been at work have made a total mockery out of our election. No objective person could possibly conclude that Joe Biden won fair and square.

Biden’s ‘victory’ has never passed any test of common sense. Would more Democrat voters turn out for Biden than turned out for Obama or Hillary Clinton? As Biden would say, “C’mon man!” It makes zero sense. It would be one thing if Trump had proven himself inept or incompetent or had broken all of his campaign promises. People can be fickle. If an incumbent has done a terrible job and betrayed their constituency a lot of people will vote for the other person…just to show their anger.

However, that was never the case with President Trump. If you voted for him in 2016 he certainly didn’t give you any reason NOT to vote for him in 2020. Election fraud notwithstanding, more people did in fact vote for Trump in 2020 than in 2016. He earned millions more votes in 2020 than in 2016. Trump campaign rallies drew huge crowds. People shouted ‘we love you’ to the President. Why? He did what he’d said he’d do and he has fought as hard as he can to restore America to its rightful spot as THE most powerful amd prosperous nation on Earth. In the final days of the campaign Trump was go,ding as many as 6 rallies a day…each drawing crowds of 25,000 people plus.

Polls are absolutely worthless. Trump was supposedly down by double digits in many of the key swing states. However, the crowds and the enthusiasm he generated told a completely different story. How can a candidate be down double digits when he is drawing thousands of enthusiastic people to his campaign events while his opponent couldn’t draw a crowd even if he gave away free money? Moreover, voters tend to want a candidate EARN their vote. That means you go to the people. What kind of candidate runs a campaign while spending most of his time in his basement? Biden did nothing to earn anyone’s vote. Whatever votes he actually did receive, were votes cast against Trump more than they were votes cast forBiden. Though I suppose there are people that think having a President who is also suffering from senility is a good idea.

The 2020 Presidential was as rigged as a crooked boxing match. In hindsight it was plainly obvious what was taking place. Trump had a large lead in every swing state around midnight only for the vote counting to mysteriously and suddenly stop in each of those states? It wasn’t mere coincidence. The fix was in and people took actions to quickly inject phony votes for Biden into the system. As the President has stated multiple times, he went from leading by a lot to losing by a little in each of those states.

I think the hardest thing to accept about the election ‘result’ is that Trump never fit the mold of a one-term President. He is no Jimmy Carter. Trump has been decisive and he has put America first and he has made all lives better. Even the usually rigged polls showed that more people felt better off in 2020 than they did in 2016.

As Mayor Giuliani and Jenna Ellis have called witness after witness to election fraud one thing has become clear: There is no mechanism in the United States to hear evidence of fraud in a Presidential election and prescribe a remedy. Trump’s legal team has had to present evidence to selected members or subcommittees of state legislative bodies. They haven’t had the chance to present evidence to a legislative body in session…one that could hear testimony and immediately vote to do something about it.

Fraud has reared its ugly head in many elections in this country…especially in large Democratic controlled cities. When it comes to Presidential elections, fraud and election rigging have taken place in the past. However, when it comes to Presidential elections it’s almost like it’s treated as a sacred cow. The predominant line of thinking has always been to keep quiet about any suspected irregularities…because heaven forbid anyone question the legitimacy of a President. It’s always been that way, but NOT this time. Too much is at stake. Trump earnedanother term and given the statistical evidence presented and all the questions and concerns regarding the security of Dominion election systems there is zero doubt in my mind that he won the election by a wide margin.

From Trump’s perspective, he knows he won but it’s been virtually impossible to do anything about it. Another flaw to our electoral system is that it doesn’t provide the kind of time that is needed for a legal process to play out normally. Lawsuits and legal challenges often take years to decide…not weeks…not days.

In trying to maneuver all of the legalities of this election, I wish I were a lawyer because the issues at hand are very complex. It takes a legal mind to understand just exactly what is going on. Obviously President Trump’s legal team has been hard at work trying to make their case to whomever will listen. The problem is that state legislatures and judges have been unwilling to take decisive action.

The Trump legal team has been searching desperately for a way to get their arguments heard before the Supreme Court. The problem has been finding a way to tie all the cases together so that the Supreme Court could make one authoritative judgment. There are a lot of legal challenges out there but the Supreme Court doesn’t have time to hear a ton of litigation as the deadline for the Electoral College to meet looms large.

Heroes are people who rise to the occasion and stand up for what’s right regardless of the consequences. The course of American history has often rested upon ordinary people who have had the courage to fight for their freedom. To me, the everyday ordinary people who have testified to the fraud they have seen on behalf of the Trump team are an incredible source of inspiration. They are no different from me…private citizens putting their names, reputations, and in all probability their safety to fight for the truth…to fight for the United States. As long as there are people of courage and conviction our country will always endure. However, in this situation it started to become abundantly clear that someone of political prominence would have to do something.

Still, as the deadline to file cases with Supreme Court approached Monday night…it appeared that only a single case regarding Pennsylvania had any chance of being heard…not enough to overturn the entire election. Someone had to put their political life on the line and thank God someone did: Texas Attorney General Ken Paxton. At the last minute he filed a suit on behalf of Texas against Pennsylvania, Georgia, Michigan, and Wisconsin. His argument is that the defendant states violated the U.S. Constitution by improperly changing their election laws. Paxton May have saved the Trump Presidency if not the Republic. If nothing else his actions have kept hope alive.

Paxton’s suit was apparently just what the Supreme Court wanted to see. On Tuesday the High Court agreed to put the case on the docket, and as of Thursday, December 9, seventeen other states have also joined Texas in the case.

It should never have come to this, in which cowardly governors and state legislatures failed to do their jobs. Regardless, it will now all ride on the 5 conservative justices of the Supreme Court: Alito, Thomas, Gorsuch, Kavanagh, and Coney-Barrett. Until a ruling is made, these 5 people need to be in our constant prayers. They have more responsibilities on their shoulders than should ever be asked of any human beings. May Jesus Christ guide the actions of these justices; may He grant them wisdom, courage, and may He grant mercy on our beloved country: The United States of America.

Will Freedom’s Future Battles Be Fought Behind Enemy Lines?