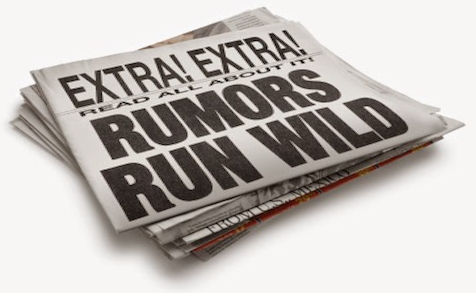 I heard a rumor week before last. This particular rumor was being passed along by associates in Asia who claimed to have inside sources in the Chinese government. Like a lot of rumors I’ve heard this year, I found no reliable basis for it.

The Chinese Communist government was the source of the rumor. They claimed President Trump was going to declare martial law.

I assured my friends it wasn’t true. Such an act would embroil America in massive chaos, protesters, or their victims, would literally die in the streets. President Trump is never going to allow that.

My friends didn’t believe me. They were convinced Chinese intelligence had the inside scoop.

The same rumor has made it’s way to me through other sources now. The rumor seems to be picking up steam.

And despite my protestations, and absent any evidence of it’s validity, the people passing it along refuse to doubt it’s truth.

Of course, there was fraud. It was predictable. In fact, it was predicted. Months before the election it was obvious there would be some level of fraud. The stakes were too high, the barriers against it too low, and the culture of corruption in many big cities too endemic.

The question was never whether there would be fraud. The questions were how much fraud would there be, and what were Republicans doing to prevent it. We will never really know the answer to the former. We won’t know because the answer to the latter is clearly far too little, far too late. Lawsuits alleging fraud don’t fly without real evidence. But Republicans didn’t put themselves in a position to collect the evidence while the fraud was happening. And now, all they can do is point to cases of qualitative malfeasance. But malfeasance without quantitative evidence isn’t enough.

We can’t even contact trace a thousand cases of Covid. Why does anyone think we’ll track down hundreds of thousands of possibly fraudulent ballots even if we knew who those ballots ostensibly belonged to. We don’t know that since they were not flagged, challenged, and isolated before they were counted. As a result, we can’t prove fraud made a material difference in the election’s outcome.

What’s all this got to do with martial law? Nothing. Except that the Chinese Communists and Democrats both have a strong interest in fomenting political chaos. Generally speaking, Chaos undermines people’s confidence in our political institutions and our elections. But, more urgently, the chaos around the past election very likely means Republicans will lose the next election. The one that will determine partisan control of the United States Senate and whether the far left progressives in the Democrat Party get the chance to impose their radical agenda. That election is the Senate run-off elections in Georgia scheduled for January 5th.

Roughly half of Republicans think Trump was robbed. If Trump and Republicans keep telling them the elections in Georgia are rigged, why will they turn out?

And with Democrats spending $500 million in the Georgia run-off, most of it on turning out their voters, even a slight drop in Republican turn-out will kill Republican chances.

The old Chinese blessing reportedly goes like this: “May you live in interesting times.” For Democrats, these times leading up to Georgia do seem blessed. For Republicans, these interesting times may prove a curse.

It’s not over and a lot could change. Trump could admit defeat. Ok, probably not. But he could at least admit Biden (or Harris) will be the next president while refusing to concede.

Then he could do one of two things that might help Republicans win in Georgia and protect what he’s accomplished as president.

First, he could campaign relentlessly in Georgia for Republicans. Second, he could get out of the way and let Republicans argue that winning in Georgia will be the only brake on the worst instincts of the leftists in the Biden-Harris Administration and Congress.

Either would help. Both, together, would be a powerful help for Republican chances.

The one thing that will surely hurt is sowing further chaos and confusion. So long as it goes on, Republicans will be divided, and Democrats will win.

The chaos itself is bad for America. But if Democrats use it to take control of the Senate, America may never recover.

So long as Trump supporters believe against all odds that Trump will be sworn in for a second term, they’ll continue to believe whatever dumb rumor no matter how much they hurt, even the rumors promoted by America’s enemies.

CA Dems Shut Down State Over Lack of ICU Beds, After Adding Only 7% More ICU Beds in 8 Months