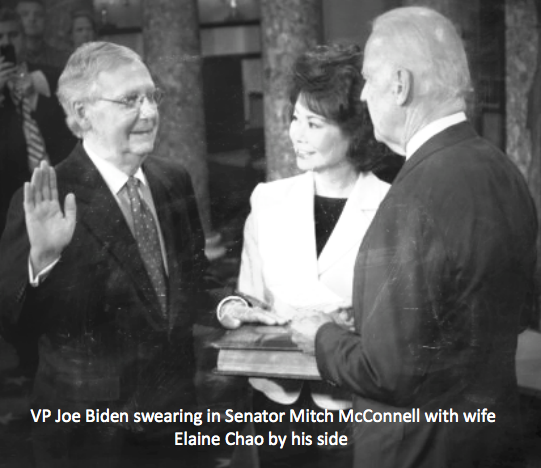 On December 15th, I heard Senate Majority Leader, Mitch McConnell congratulate two people for their alleged victory in the 2020 Presidential election. I prefer to call these folks the Poltroon Elect and Babylon Harris. The following bit of humor struck me, as I heard Mitch speak:

What happens when you cross the name of an American historical figure with the name of the current Senate Majority Leader? Answer: Benedict McConnell.

Of course, no one is totally determined by a singular definition or by a well aimed, sardonic witticism. However, Senator Mitch McConnell’s recent behavior got me thinking about a figure from our shared history as Americans, Benedict Arnold (1741-1801). I decided to learn more about this early American traitor.

In the war for our Independence from the tyranny of England, Benedict Arnold was originally considered a hero. In 1775, Arnold joined the Continental Army of Massachusetts. He partnered with Vermont Frontiersman, Ethan Allen and Allen’s Green Mountain Boys. On May 10, 1775, they captured the unsuspecting British Garrison at Fort Ticonderoga in upstate New York. A major victory.

Later that year, Arnold led an ill-fated trek from Maine to Quebec. Arnold was trying to rally Canadians to get behind America’s cause. Strategically, they were attempting to deprive the British of a Northern Base from which to attack the colonies.

As many of the enlistments of his men were expiring on New Years Day, Benedict Arnold lead a poorly executed attack on the well fortified Quebec City.  On December 31, 1775, Arnold received a grave wound to his leg, hundreds of Americans were killed and Canada remained in British hands.

By late 1776, Benedict Arnold’s leg injury had recovered enough for him to join the battlefield once again. On October 11, 1776, Arnold prevented a major invasion into New York by the British at the Battle of Lake Champlain. Another stunning victory for Arnold that drove the British back to Canada.

Despite his victories, Benedict Arnold felt he did not receive the appropriate recognition for his efforts.  In 1777, he resigned from the Continental Army after five junior officers were promoted by Congress to positions above him. Commander George Washington asked Arnold to reconsider his decision.

Arnold rejoined the battlefield in time to participate in the defense of Central New York against the invading forces lead by British General John Burgoyne in the fall of 1777. In his battles against Burgoyne, Arnold was serving under General Horatio Gates. Arnold held Gates in contempt and that antipathy was mutual. In fact, Gates relieved Arnold of his command at one point.

Nonetheless, at the crucial Battle of Bemis Heights, on October 7, 1777, Arnold took command of a group of American soldiers against British forces. Arnold’s renegade attack threw Burgoyne’s forces into disarray.  Ten days later Burgoyne surrendered his British Army at Saratoga.  This American victory motivated the French to enter and support the War for American Independence.

Arnold had re-injured his leg in the Bemis Heights battle. He accepted a position as a Military Governor of Philadelphia in 1778.  While he was serving under this position his loyalties began to dramatically change.

Similar to today’s figures in Washington, Arnold was accused of using his position in Philadelphia for personal gain. Arnold’s first wife, Margaret Mansfield, had died in 1775. He started courting and married a much younger woman, Peggy Shippen. Shippen’s Father had British Loyalist sympathies. Arnold and his second wife ultimately had five children together and lived a lavish lifestyle. A lavish lifestyle far greater than a salaried public official could afford. Sound familiar? Arnold started to accumulate debt and his resentment of being passed over continued to be fueled by his unresolved anger towards his period in the Colonial Army.

By the end of 1779, Arnold entered into secret negotiations to surrender the American Fort at West Point, New York to the British. In turn, for his betrayal, Arnold was to be rewarded with money and a command in the British Army. Power and money meant more to Arnold than loyalty.

Similar to our current politicians.

Arnold’s intermediary was a British Major, John André. This Major was caught by American forces and papers were found on him implicating Arnold in treason. Despite his betrayal of America, Benedict Arnold received only a small portion of his bounty from the British. However, he did receive a British command post. John André was captured by American forces and hung as a spy in October 1780.

As a British Commander, Benedict Arnold engaged in many small battles against America, none of any real consequence. After the war, which ended in victory for America with the 1783 Treaty of Paris, Arnold settled back in England. He died there, at the age of 60, of natural causes, on June 14, 1801.

Arnold was regarded with an almost cynical ambivalence by the British and was universally despised in America. Possibly our first, and best known at the time, American traitor. When his treason, in 1780, became widely known, he provided a last ironic service to America. The anger over his treason motivated the beleaguered American troops.

Now in 2020, we are facing an even more treasonous and treacherous behavior in our beloved country. We have just experienced an election that is fraught with fraud. A fraud that is still being analyzed and disputed as I write this article. Anyone with any intelligence knows that Joe Biden stole this election by doing what he does best, lying and stealing. He has no platform to win upon.

Politics in America stopped being public service decades ago. For many, it is now merely self service. When I heard Senate Majority Leader Mitch McConnell offer congratulation, to Biden/Harris, I said to my wife, “This is a premature congratulation.” Premature because the electoral votes have yet to be counted. That occurs on January 6, 2021.

Yet McConnell’s words, to me, are a form of a calculated congratulation. The turtle-like McConnell calculates for what he sees as a win in Biden’s favor. More importantly to the McConnell coffers, perhaps Mitch is doing his best to maintain the business ties his wife, Elaine Chao, and her family, have with Communist China via their shipping business. Obviously, this money benefits Mitch as he sings along. 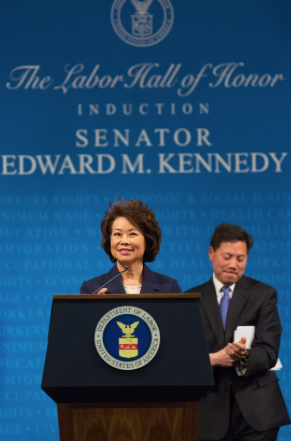 How can any American politician, or citizen, receive money from the vicious, totalitarian country that is China? Ms. Chao is also the current Transportation Secretary for the United States Government.

Perhaps being paid twice in the course of one job? Considering Biden’s ties with China, are McConnell’s congratulatory remarks merely a way of not biting the hand that has fed him?

It has been revealed that California Congressman, Eric Swalwell (15th-D), has been allegedly sleeping with a Chinese spy, Christine Fang. Swalwell has an important position on the House Intelligence Committee. He needs to resign as he has been compromised. An active disgrace that is, as always, abjectly ignored by the Communist News Networks.

When you consider how many members of the House and the Senate have gotten rich off their tenures in Washington, it is enough to make any real working American crazy. When I hear Benedict McConnell congratulate a lifelong Washington Criminal and Babylon Harris I’m really hearing him congratulate himself.  It is criminal to criminal praise.

As Americans, we cannot accept an illegal and fraudulent election. We need a nationwide recount. Without any doubt, this has been a foreign interference in an American election. In 2016, we had the  Russian Collusion tossed off as an allegation against Trump. In 2020, with the COVID virus and massive election fraud, we now may have a real Chinese Conspiracy.

We need to demand an elimination of all Dominion voting machines in any American election. If we can make ventilators, we should be able to make voting machines. We should also be able to count our own votes. Mail-in ballots are a crime waiting to happen. A nationwide voter ID law needs to be passed.  Additionally, term limits on politicians need to become a reality as opposed to rhetoric.

In 2020, we as the people need to take our country back. I think the traitors in Washington, and hostile foreign governments, have yet to realize the wrath of over 74 million disenfranchised and angry voters. That wrath is being articulated, planned, and is forthcoming. Here comes our unity, Mr. Biden, a unity of anger. Current acts of treason are motivating America, once again. A day of reckoning approaches.

Over two hundred and forty years ago we sought independence from the tyranny of England. Now centuries later, a war for independence may be enacted against an internal enemy: our own government.

A Special Christmas Gift and the Joy of Reading