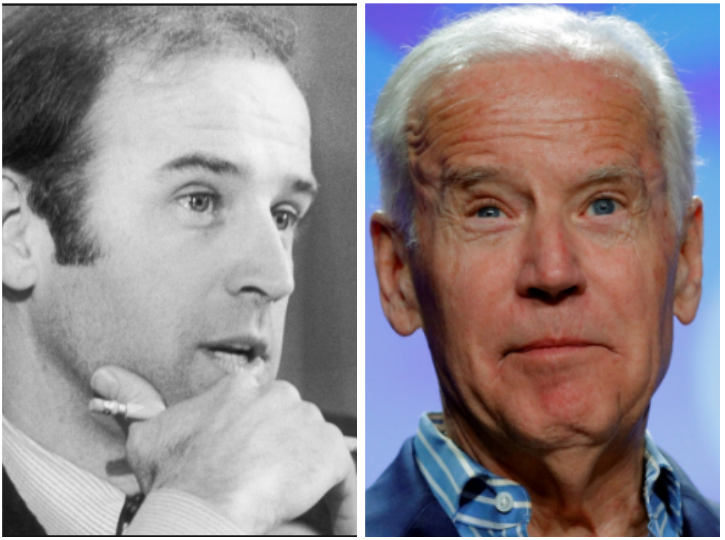 The controversy over Joe Biden’s Ukraine escapades has stirred memories of my own Ukraine adventures. The first occurred about the same time Biden was haranguing President Reagan for pursing his “Star Wars” missile defense program, the same initiative most observers now credit as the single biggest policy initiative that brought the Soviet empire to its knees.

It was October, 1991 and the chill as I stepped off the New York to Kyiv flight wasn’t just because the thermometer measured freezing temperatures, it was due more to the Soviet Premier’s threat that Moscow would retaliate against any Soviet state that sought independence — the very independence I was there to help initiate.

A few days earlier, a dear friend, Marc Nuttle, had called my business partner and I in our Sacramento office and asked if we were up for getting involved in Ukraine’s independence campaign. The brilliant Sal Russo was the senior partner in a firm I’d joined just 2 years earlier. We were Republican media consultants. Marc wanted us to go to Ukraine and make the first television commercials ever aired on Soviet television not sponsored or approved by the state.

Having the year before come off the campaign to help defeat the Communist regime in Nicaragua in the first ever election to successfully overthrow a Communist dictator, Sal and I were anxious to help drive a stake through Communism’s Soviet heart.

Marc’s experience working against Communists around the world dwarfed mine. I wonder if the countries who then suffered under Soviet oppression realize today the incredible contribution Marc made in laying the groundwork for their eventual freedom.

What we suspected then was that If one Soviet state successfully left the Soviet Union, every other state would follow. And those countries behind the iron curtain not officially part of the Soviet Republic would quickly turn against their Russian masters.

The world would change dramatically. It was the promise of that change that motivated Marc Nuttle, Sal, and me to jump headlong into the fray. I suspect that for the fourth American in our group, the brilliant lawyer and executive, John Hewko, it had at least as much to do with freeing the country of his parent’s birth as it did destroying the Soviet empire.

The prospect of that world altering change is also why the foreign policy establishment in the west, including Senate Foreign Relations Committee member Joe Biden, were afraid of Ukraine’s independence.

The foreign policy mandarins like Biden in Washington and Europe cared far more for predictability than for dismantling the greatest threat to freedom the world had ever known. The messy upheaval of the crumbling Soviet empire caused people like Biden spasms.

In fact, at precisely the same time Ukrainians were participating in free elections for the very first time in their millennia long history, Senator Biden was calling for votes on the Senate bill he’d sponsored to amend the eligibility for membership in the American Legion.

Joe Biden was wrong in 1991 on Ukraine, and, with precious few exceptions, he’s been wrong on nearly every foreign policy issue since.

He encouraged NATO member countries to escape their defense obligations. He opposed the Gulf War in 1991 that turned back Saddam Hussein’s invasion of Kuwait, but flipped 11 years later, and supported the Iraq invasion. Then, when that war looked to be bogging down in 2007, he flopped and opposed the Bush troop surge saying General Petraeus was “flat wrong” to believe the surge could work. The surge not only worked, it largely ended the Iraq conflict and eventually led to a significant draw down of America’s presence.

Throughout his 50 years in public life, Biden has also worked for a stronger, more prosperous China. He supported stronger trade relations between China and the west, sought to strengthen political ties, and promoted China’s influence in international organizations like the UN and WHO. We’ve seen the sad result as the Chinese Communist government has leveraged it’s new economic strength and international influence to hamper America’s battle against the coronavirus, expand its military presence, and violate the human rights of its people.

Biden agreed with Obama in 2012 that Russia was no longer a threat to world peace, that a $150 billion cash infusion to Iran would slow their nuclear aspirations, and that the Paris Climate Accords would move the world toward repairing the environment.

He continues to promote such nostrums despite Russia engaging in near constant conflict in Europe and the Middle East; Iran using the $150 billion Obama-Biden shipped them to step up their terrorist activities and their nuclear weapons research, and most of those signing the Paris Climate agreement continuing to spew billions of tons of pollutants. The United States, on the other hand, has reduced it’s carbon emissions by more than the rest of the world combined without being part of the Paris deal.

Biden demanded Israel negotiate with the Palestinians as a means to achieve regional peace. Instead, with the help of the Trump Administration, Israel bypassed the Palestinians and cut historic peace agreements with their former adversaries.

Biden’s called for recalibrating our relationship with Saudi Arabia, another ally; despite that country’s taking the lead in standing up to Iranian aggression.

And Biden declared North Korea a paper tiger we need not worry about. Obama followed his advice and now North Korea is testing ICBM’s capable of hitting Chicago.

I get it. Prognosticating on foreign affairs can be difficult. Cultural and tribal factors often motivate centuries old animosities we Americans can’t easily comprehend.

Should he become president, Biden promises he’ll re-enter the farcical Paris Climate Accord, renew negotiations with terrorist Palestinians, bring America back into the treacherous World Health Organization, reset relations with an abusive Chinese Communist government, and reinstate the dangerous Iran agreement. Why is Biden repeating the same mistakes he’s already made?

The world has indeed changed dramatically since those cold days my friends and I spent in Ukraine working for the demise of Soviet Communism. One thing even I’ve figured out since then is that you can’t learn from a mistake until you admit you’ve made it. I suspect that’s one of the biggest reasons Biden hasn’t learned from his.

Emery McClendon: What Have We Got to Lose?