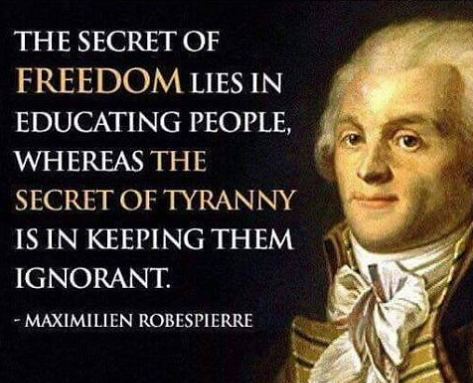 What folks may not realize, whether Republican or Democrat, is that the yolk of government has become so corrupt and foul that it may be time to break that yolk and change government.

Ideally, change should be peaceful like the Czechoslovakian Statesman/Writer Václav Havel and his Velvet Movement. Through peaceful protest Havel drove the Soviet Union away from their decades long occupation of Czechoslovakia.

However, I currently have no illusions about the level of evil that we are facing here in America.

I pray that God Almighty will continue to have dominion over politics and politicians. But may that same God Almighty inspire man to avoid the mask of complacency when facing tyranny. There is nothing to mistake here: The 2020 Presidential election is one of the most dishonest elections since Joe Kennedy brought votes for his son in 1960. In fact, the 1960 election now seems like a sedate Senior Home Tea compared to the obvious cohabitation of the American Mainstream Media and the Deep State in the 2020 Election.

When more mail-in votes come in for one State than then original ballots requested, we have a form of actualized tyranny. When four Democrat states stop the vote count relatively early in the evening, when Trump is surging ahead, we need to ask loudly and clearly, why and what for!  When we have more votes received than the number of registered voters, suspicions should be raised. When 113,389 votes come into yet another state in the early morning hours and they are all for Joe Biden, we need to say distinctly to our government, ENOUGH!

America, your government considers you far too stricken and stupid to smell politics at its most foul. The decayed spirit that is present day Washington should be offensive to even the most dedicated necromancer. The current odious presence may even be offensive to Sniffer Joe. Or maybe not.

I think everyone should demand a nationwide recount, as we have good reason to doubt the veracity of our vote. We may need to have a peaceful protest on Washington, D.C. Unlike the trust fund anarchists and sanctioned Marxists, we will not need to destroy private property to prove our point.  But whether in the courts or in the streets, it is time to destroy the public tyranny that is current Washington, D.C.

As I despair for the America I love, I recall the chorus of a song from the 1960/70’s band, Steppenwolf:

“America, where are you now
Don’t you care about your sons and daughters
Don’t you know we need you now
We can’t fight alone against the Monster”
-Monster, John Kay, Jerry Edmonton

America, I write to you as one of your sons. I write not as a Conservative nor as a Liberal. Ultimately, I write to you from my love still burning deep for this youthful exercise in self determination that is  America.  An example of freedom to the world. A principle of freedom that has now been co-opted by a nefarious evil disguised as politics.

There is a deep passion that exists even within the great cavernous divide that grips our country at the moment. I will continue to write an open and continuous love letter to our shared country, America.  But, now there are no illusions left. Because of my deep love for this country, a Christian faith and a knowledge of our shared legacy, I write to you as a cognitive Patriot.

The political career of Joe Biden has been one of an active Washington criminal who now has minimal cognitive abilities. It is no surprise that he is ending his career singing one more song of crime. Whether President Joe or Candidate Joe, as I have written before, don’t elect Joe, indict Joe.

Maybe that is why Joe rarely left his basement–he knew the fix was in.

A vote without veracity or confirmation is no vote at all. We have the technology to supposedly operate a Land Rover on Mars remotely, and yet we can’t set up a system that tabulates valid votes on Election Day?

Our current status is one of the best arguments for a Voter I.D law. When in doubt, validate and recount. As I have written before, we are now living in a Clown World.