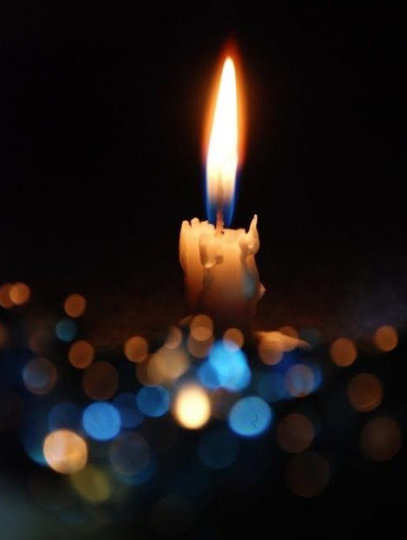 When we look at Socialist anarchy and the number of people who voted in our recent election for Joe Biden, who very much has the support of people who hate our Capitalistic Republic, I have to wonder where all those folks came from. The scary answer is in large part from our public schools and colleges. Our young people are being brain washed by liberal teachers who consider themselves as educators. To me they are a betrayal of what to me was a great profession.

Don’t get me wrong, I believe that we still have many great schools and teachers who are trying to do the job intended by our founding fathers. To encourage young minds to think independently and also to have an understanding of our history and system of government. However, there are also many school systems and colleges today that no longer teach history or government and in which indoctrination has taken the place of education. It is no longer the field I gave my life to.

I was fifteen, a high school Sophomore, when I made the decision to become a teacher. Part of that was based upon some outstanding teachers I had had in the past. However, the major part of that decision came about because of a book and a television show. Father James Keller, who was the leader of the Christopher movement had a TV series with an interesting theme. If you light one candle you can light up a room.  One person can light up the world.” His book, You Can Change the World, stirred me a great deal. A couple of the statements by Keller became gems in my collection of thoughts in regard to what I wanted to do in life:

“The teacher hands the keeping of this world to whom he or she instructs.”

“Never forget: what is in a teacher’s head and heart passes into the minds of the young! To be a teacher is to have a great mission in life.”

I already knew that Jesus Christ had died for our sins and was the only way to salvation. I also knew that people were called to do certain things in life, and I saw teaching history and English to be key. Again to quote Keller:

The teaching of history offers an excellent chance to inform young men and women of the great struggles for those God-given rights that characterize our Western civilization in particular, in other words to preserve… the religious tradition of the (United States). In the study of literature, great writing can be traced to the growth of those selfsame ideas and ideals which helped make our democratic way of life and brought man from slavery to freedom.”

Teaching was not the only field Father James Keller talked about. He covered the importance of Christians going into business and labor leadership roles as well as the entertainment world and government. A second book he wrote also influenced my thinking: Government Is Your Business.  Keller pointed out that no matter whether a democracy or a dictatorship, only a small percentagen of people influenced the thinking of the nation. We all have the responsibility to be candle lighters.

I spent forty years in the field of education, mainly as a teacher and for the most part loved it. I married a teacher who also taught for forty years and shared that philosophy.  At the time I was very loyal to the profession and then a proud member of the National Education Association as well as local and state. In fact I held offices in both the local association and the state. My wife and I took pride that we were in an association like the medical and legal associations, we were not a union.

In point of fact when I served as president of our local association I was approached by the American Federation of Teachers to help in their campaign for us to unionize, to do all the things unions were noted for. Collective bargain, strike, even demonstrate in protest when desired. To us that was like asking us to affiliate with the Socialist Party.  In our association then we knew our primary responsibility was to improve the education of the children for which we were responsible. Not advocate alternate forms of government to what we have and held so dearly in the United States.

All that has greatly changed. I see a National Education Association that is more concerned about supporting progressive liberal/socialist candidates for office and their chief goal is not helping young people gain a better life.  There is even a desire to close schools out of concern for the Chinavirus when the motive is really about power.  It appears from some of the so called educators we have seen rant on television that money is the chief goal.  They freely call themselves a union now, not an association.

When my wife Carolyn and I went into education we knew we would not become wealthy in the profession money wise.  Our wealth has come from watching the success our students have had.  Our wealth is when a former student comes up to us and tells us we helped make a difference in their lives. Success may not necessarily have come to former students money wise, but came for them by having enriched lives and having made their contribution to help improve society. I never indoctrinated my students, they ranged from Republican to Democrat, from Conservative to Liberal, but through their own study and research.

I was once opposed to Home Schooling and Charter Schools, but no more. Young people in those two situations as well as various private and church schools are doing very well. Better than most in the public schools, especially in large urban areas where African American students are suffering the most.  We need to make major changes in our education system in America and to allow local school systems to provide for community differences and not act as cookie cutters to make every child comply to standards that will not benefit them in the long run.

Thomas Jefferson has often been cited as a founder of education in America and had much to say about the field  including “It is highly interesting to our country, and it is the duty of its functionaries, to provide that every citizen in it should receive an education proportioned to the condition and pursuits of his life.” Notice, the life of the student, not the welfare of the state. While Jefferson was president he was also the head of the Washington DC School System and encouraged every classroom to have a Bible. Not to indoctrinate religion, but as a tool for learning. That is certainly missing today.

I pray that we still have dedicated people going into education who want to meet the needs of their students and their local community. Not the needs of government or a political party. That those young people want to be the “candle” to light the world for their children.
Share
Facebook Twitter Pinterest Reddit Share via Email Print