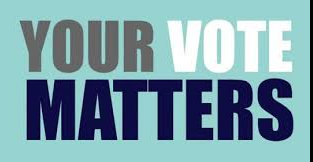 Over the years I have learned the importance of every vote and this ChinaVirus has cost us the services of vital assets in many states, party poll workers. Having been a poll worker many times in the past I have especially seen this in local elections. On a ballot there may be many offices to vote on and countless times I have had a voter come up to me and say, “Fred, for this one office I don’t know either candidate, can you suggest which one to vote for?” One year I estimated I picked up over forty votes for a friend running for office.

Now just one vote can seem like a minuscule thing, however I have seen more than one local and one state election won by a very small percentage of votes. The most dramatic I witnessed was in my home city of Salem, Virginia.

In the late 1960’s Virginia and my home area was solidly entrenched by the Democratic Party. Salem, Virginia in its history had never had a Republican elected to office. The joke was that when Republicans met their number could fit in a phone booth. However 1968 seemed like a good year and we had a number of new people move into the area due to new industries that opened up here like General Electric. So, we who were Republicans thought it would be a good year to run at least one attractive candidate to serve on City Council. We had the man, a popular business leader very active in civic affairs and in his church. His name was Clinton, a first name and no relation to the corrupt Democrat Clintons who came along later.

Clinton went door to door and though we did not have polls, there was a feeling that he would win due to a community desire for change. And he did win, by 17 votes on an election Tuesday which was closer that we thought. For two days there were celebrations and on a Thursday catastrophe struck. We were informed that there had been a miscount of absentee ballots and Clinton had lost by two votes. Two votes! No appeal could change that result.

What really hurt after that was the number of people, over a couple hundred we counted, who bemoaned that they had not voted. We heard things like “We were sure you were a shoe in and so my wife and I went out of town or you would have had our votes.” “We got tied up with things at home and work and just could not get to the polls. We felt you did not need us.” “Oops, we forgot and we had planned to support you, please forgive us.”

Clinton and the rest of us did not let that happen again. He ran for mayor two years later and you may be sure we worked on every legal voter we could find. Clinton became the first Republican mayor of Salem and his victory margin was several hundred votes, a big margin for a community this size.

Now you may argue that a local election differs form a state wide one, but not necessarily.  If you go on the net you will find any number of states where a candidate for a president electoral state win, governor or U.S. Senate has won or lost by a comparatively handful of votes.  One classic case was the United States Senate election in Texas November 2, 1948 . After the the election In the following days, vote totals shifted Lyndon Jonson finally won by by a disputed 52 votes, He received the nick name of “Landslide Lyndon”. The vote total remains questioned to this day.

The news media reports seventy million or more have already voted, however this includes mail ins that may ultimately be questioned. There are many millions more who have yet to do so. If you have not voted, and you oppose the corrupt proposals of Biden/Harris you need to do so. Even if you have voted, you may have eligible family and friends who have not and your persuasion can make a difference.

Michael Ingmire: My Prayer For America

Greenfield: Hunter Biden Chaired a Foundation to Stop Child Abuse, While Engaging In It