There are two types of defeatism percolating through the GOP and the ranks of conservatives.

One is the familiar form of establishment defeatism. The election is over. Let’s concede, and move on. 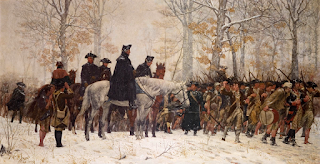 And against that, the response is plain and clear. Conceding to fraud and a rigged election, listening to transparently phony calls for unity from the socialist party that has been toppling America’s Founders and burning cities, while declaring that anyone who isn’t one of them is a bigot, is not an option.

Elections are not settled by the media.

Conservatives, and all Americans, have a duty to fight for a free and fair election, and for the process that ensures that it’s free and fair.

It’s not those who refuse to concede who are endangering free and fair elections, but those who insist that when the media calls an election, then there’s nothing more to say and no further process to follow.

The conservatives fighting to verify the election and the vote are following the process. Those trying to concede to the media are violating the process and putting an unelected partisan bunch of corporations in charge of determining elections.

Fighting is American. It’s in the best traditions of America. Conceding is un-American.

But the other comes from the most passionate parts of the movement which is that there will never be another election. The country is finished. It’s all over.

That’s why, earlier, I posted my old response to Obama’s takeover from 12 years ago.

If Biden does end up taking over, it will be bad. The eight years of Obama were bad. And this would be his third term with a more radicalized party, base, and country at his back.

The Obama administration spied on political opponents, both for information purposes, Watergate style, and to generate criminal prosecutions, and it used the IRS to target them.

Take that as a starting point for any Biden administration.

It doesn’t mean that America is over. What it will mean is that there are hard times and a hard fight ahead. But that fight is only hopeless if we decide it is.

When you look at California or New York, you see massive abuses and fraud, yes, but you also see Republican parties that have largely given up, and conservatives that are animated by national issues, but pay little attention to local ones. That’s not true across the board, but there’s some truth to it.

I’ve spoken to plenty of Los Angeles conservatives in the last few weeks who had strong views on the national election, but little interest in the local elections and how they would affect them, who had no idea or interest in the Republican candidates running, or most of the measures except those that would affect them personally. Multiply that a million times and you end up with a one-party state.

Democrats seize enough power to demoralize Republicans, and then the Republicans do the rest of the job for them. There’s still anger and passion, but it’s not directed anywhere productive.

We can’t let that happen to America.

There will be elections. We haven’t reached the terminating line where that stops. But how soon we reach that line also depends on us.

Contesting this election is vital. If it’s lost, then things will be bad. Really bad. But they won’t be over.

They’ll only be over if we give up.

What’s important is not giving up. Not on this election or on this country.

It’s not over until we decide it is.

Barry Shaw: Saeb Erekat - A Metaphor for the Palestinian Authority