The battle for the election isn’t over, but looking at some of the outright despair in conservative circles, it seemed like the right time to revisit another November a dozen years ago.

The writing is cruder and briefer, but here’s what I wrote on November 4, 2008.

Today I unpacked my winter clothes in preparation for a long winter, and a long winter is coming if not of the thermometer, then of the soul. A man that represents not simply an opposing view but the view of those who oppose America and all it stands for, will sit in the Oval Office. Worse still he did not get there through a democratic election but through fraud, voter intimidation and every dirty trick culminating in a campaign that had little in common with conventional American politics and a great deal in common with the cults of personality cultivated by totalitarian dictators…

The battle is over, the war begins. The United States government now falls into the hands of the enemies of this country and civilization for a time or forever. And that is part of what the war is about. The country has been in the hands of people we disagreed with, but never in the hands of people whose views are as diametrically opposed to ours as anything in the Third Reich or the Kremlin. In their hands Federal power becomes enemy power. The more ineffective and tied up they are, the less damage they can do…

The battle against them must be twofold, first to limit the damage they can do while in power, and secondly to plan and prepare to retake Congress and then the White House in a coherent and orderly manner without the chaos and backbiting that has characterized the last year of this campaign. It will be all too easy to fall into the blame game and to let it devour us, too much of the conservative movement and the anti-jihad blogsphere is already fractured. The goal now must be to heal those fractures, to create unity around a single purpose, to liberate America again…

The Obama years will make the worst of the Clinton years look mild by comparison. We have seen the thuggish abuses of power that brought Obama into office, but that is only a taste of what an Obama administration in control of the Federal government will be able to do. We have seen only a shadow of the ruthless methods that were used to bring him to power, and even that shadow is mostly dismissed as conspiracy theories. But that is also our best hope. Obama’s only real calling card has been an empty promise. Now he will have power and responsibility and we know he will abuse them. Arrogance was and remains his Achilles heel and the Achilles heel of his backers. And when their revolution runs into the reality of voter expectations, there will be the opening to begin the political downfall of this government.

For my own part I do not recognize Obama as my President, nor will I refer to him as such. He has no legal right to serve in office nor has he won a legal election. Nor do his cronies have any right to serve in any position they are appointed to.

We have a long journey through dark lands ahead of us. Let us hope to soon once again emerge into the light…

I’m departing from the usual article format, well-researched investigative pieces and complete columns, and revisiting an old blog post, because there are a few things worth remembering

1. Conservatives have been here before and with worse odds, with a popular elected leader in the White House and Congress safely tucked away in his hands. Neither of which is true now.

2. Resistance can be invigorating and help a movement finds its energy and its center. However the election turns out, conservatives are always in the resistance to the oligarchy and the establishment.

3. Conservatives were far too complacent going into this election. That was a complacency they could not afford. I suspect that there is now and will be a lot less complacency.

4. Unity remains vital. The Democrats went into this election united and Republicans went into it divided. That’s something to think deeply on.

5. The past is the present and the future. Everything that will happen has already happened. There is nothing new under the sun. Only the labor that must be done. 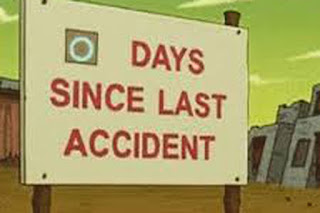