To understand the current far-left side Democrat agenda, you need to understand a part of history that isn’t often iterated. A closer observation takes you back to 1969 and a peculiar style of community mobilization that stood out then – the violence, non-compliance, the borderline destructive tendencies that align on mob mentality. This was common back then too and found its architect in a man named Saul Alinsky – he was, of course, popularly deemed the ‘community organizer’ and activist. The radicalism, in most retellings of his influence, gets washed away or toned down. But, it wasn’t a simple revolutionary tactic or so that did not have the potential to burgeon into a massive threat – it was an intentional crackdown on differences even amongst one’s own group.

The ANTIFA movement, ironically acting against fascism, propagates the idea of a ‘violent’ Liberal 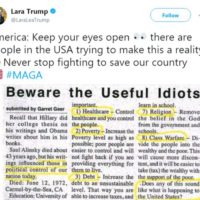 that goes to the extent that Democrats earlier did not have the resolve to. This isn’t a case of pitting citizens against the administration or the government alone – it’s a case of engendering divisions where there wasn’t any before. Rallying behind the idea of liberation and protest, such community organizers hide their basic intentions and encourage the masses to assemble in crowds of thousands – perhaps even more. The Alinsky-ism that was common in the 1960s has surged yet again – but such movements don’t serve the cause they uphold. In fact, these are the greatest enemies of the very people whom they seek to liberate and claim more rights. Even the movements are done, and the government is brought down, and the leaders of such mobilizations have declared victory, the poor will remain poor, the marginalized will continue on the periphery, and the promised ‘rights’ will not be talked of again.

Since January, the protests spread across America resulted in the death of 43 police officers. There was a cry for defunding the police, checking surveillance, and what not – but on what grounds was the slaughter of law enforcement justified? If the forces get defunded and they’re taken away from all processes of securing the country, wouldn’t there be anger and discontentment? Wouldn’t there be a catapulting rise in the crime rate? Would one feel safe in the very neighborhood where they’ve dwelled for years? But, the thirst for anarchy that the radicals share progresses beyond our imagination.

The worst of all is the Democrat’s refusal to side with law enforcement even when the culture-rot penetrates deeper into our society and plagues it with unprecedented outcomes. There’s not much one can expect from these failed activists leaders of the left – Hillary Clinton and Barack Obama did, after all, were cultured by Alinsky’s own principles on community organization and radicalization of the masses. If there’s anything else they know in addition to Alinsky’s ideas, it’s the knowledge on leveraging power. “Control Healthcare, You Can Control the People” Saul Alinsky knew control and Obama capitalized on it, remember how quickly they passed ObamaCare and now they are hammering Amy Coney Barret (ACB) on healthcare – What? The most recent in this strain of opposition was that against the President’s decision to fill SCOTUS position before the election it will be a Supreme Court battle, coronavirus pandemic, economy, and the fanatical unrest in our cities that have taken out law enforcement and hostility towards President Trump. The left has a long history of trying to destroy constitutionalist supreme court candidates such as Judge Amy Coney Barrett #ACB.

The Republican Party still does not understand this concept. The benefit of healthcare to the people, education, the assault on public education since the pandemic has been unprecedented, and the full burden of the crisis is being enforced on the working class by the Socialists of the Democrat Party, faith and religion has been at a standstill by the cancel culture, class warfare, poverty – when it comes to the all of these ingredients put together, they become the face of the far-left, but this can be changed. You need to understand the playbook! Obama went on to become President nearly a decade ago – it was as though Alinsky’s belief (that he would rest in power even after his death) was made evident.

As much as the far-left claims to be the sole advocate of democratic ideals for all, it’s a fact widely known that, at the end of the day, these politicians and leaders of the commoners want poverty to remain intact – it’s the vote bank that matters to them more along with the money that falls into their pockets at the end of each #BLM and #ANTIFA demonstration during elections. The further there remains poverty among the common people, as these Governors and Mayors are forcing on their constituents the longer these organizers can convince the commoners of the need to shout out for more.

CNN’s Wolf Blitzer interviewed Nancy Pelosi after President Trump had offered up $1.8 Trillion dollars to assist the American people and Pelosi declared that pandemic relief talks would end until after the election because she was not negotiating. Pelosi, claimed “it’s all Trump’s fault”. Pelosi, in a condescending display of self-righteous rhetoric, is America’s own Marie Antoinette, the queen of France during the French Revolution, who in her own unique Pelosi-style issued her own dismissive “Let them eat cake” comment. (For educatin’s sake, during the 1789 famine in France the staple food was bread. This phrase is often uttered to denounce the upper class’ such as Pelosi’s $25,000 refrigerator filled with thousand dollar ice cream is her callous disregard for the suffering of the poor #WWG1WGA. “People will do what they want do do”…)

As the interview continued Pelosi said she “doesn’t speak to the President.” Blitzer pressed on why not — given the suffering of people in desperate need of a stimulus deal to keep their business open or pay their bills — Pelosi responded this way: “What makes me amused if it weren’t so sad, is how you all think that you know more about the suffering of the American people than those of us who are elected by them to represent them at that table.” Pelosi wasn’t done. “Let me say this with all due respect, you really don’t know what you’re talking about,” Blitzer continued to ask why the $1.8 trillion deal wasn’t good enough? Blitzer: ‘I see them on the street begging for food, begging for money,” Pelosi said this: “Have you fed them? We feed them, we feed them.”

Every piece of legislation that the incumbent brings in to eliminate disparity and ensure a level playing field gets censured – if equality becomes a reality, how can they chart out plans for public demonstrations any longer?

Dissent is important – it serves the purpose of holding governments accountable and making legislators do what they promised to in the first place. There is no denying the absolute necessity of dissent in a democracy. But when opposing forces take it up several notches and start organizing purposeful assaults on others, it is no longer constructive dissent. There are underlying motives and politics that these agents of anarchy hold. Not seeing this would be a grave mistake on our part.

Daniel Greenfield: A Blast From the Past and a Moment of Hope